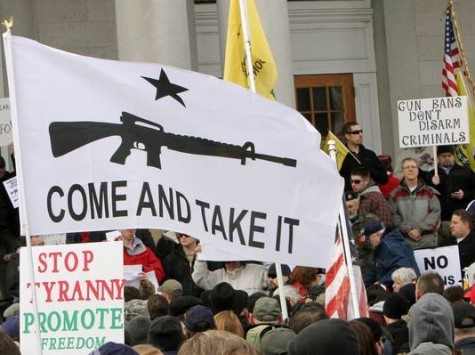 Anyone who owned a magazine or rifle before the law was passed was grandfathered in, but they were also forced to register these “dangerous weapons” with the state before January 1, 2014. Well, the registration deadline came and went and the registration numbers are quite interesting…

Just like in neighboring New York, gun owners in Connecticut are refusing to register their firearms with the state. These law-abiding citizens became felons overnight when the Connecticut legislature passed a law that arbitrarily outlawed their previously legal firearms. A total of 47,916 people registered their firearms and another 40,000 people registered their “high capacity” magazines with the State of Connecticut by the January 1st deadline. However, that could represent as little as 4% of the total number of “assault weapons” and prohibited magazines owned in the state.

In a massive show of civil disobedience, gun owners have refused to comply with the mandated registration and, as a result, Connecticut’s unjust law has created upwards of 100,000 felons who have otherwise committed no crime!

Now, however, the State is going after these gun owners and has begun sending out gun confiscation letters!

Tell Congress that the RIGHT to keep and bear arms shall not be infringed!

Well, a few hundred applications still arrived after this second arbitrary deadline and the State of Connecticut has decided to go after these law-abiding gun owners!

As we speak, a little over two-hundred confiscation notices are en route to Connecticut citizens who own semi-automatic rifles and prohibited magazines. Rather than treat the late registration forms as applications, the state is treating them like notarized admissions of guilt!

The letters from the State of Connecticut Special Licensing and Firearms Unit reads that because the applicant failed to meet the arbitrary deadline, he or she has one of four options:

3) Remove the assault weapon/magazine from the state; or

4) Make arrangements to relinquish the weapon/magazine to a police department.

The ball is now in the gun owners’ court. While the vast majority of gun owners have defied the registration law, those who attempted to register their guns but missed the deadline now find themselves in the state’s crosshairs (pun intended).

The State knows these people possess “illegal” weapons and magazines. It is doubtful that police will just trust that the citizens complied with the order. They will have to go door to door to make sure that these gun owners are in compliance. What happens next is anyone’s guess…

Will the police confiscate the weapons using force? Will the citizens violently resist this infringement on their second amendment rights?

What is taking place in Connecticut – the “Constitution State” – should be a stark reminder to all Americans of just how fragile our Second Amendment rights are!

All three branches of government are conspiring against us to try to disarm the population!

Barack Obama has made it plainly obvious that he supports an “assault weapons ban” and, if he had the power, I am sure he would institute it using one of those executive orders he is so fond of…

The Supreme Court? It can’t be trusted! Sure, the Court has given second amendment supporters something to cheer about in recent years, but it repeatedly refuses to hear challenges to unconstitutional, liberal gun laws. Even as courts around the country infringe on citizens’ rights to keep and bear arms, the Supreme Court refuses to step in!

Then there is Congress… At first glance, Congress seems to have abandoned the gun control fight. Last year’s failure to pass watered-down legislation in the Senate seems to have revealed gun control to be impossible this term. However, we escaped the last fight by the skin of our teeth. Five more votes in favor of the Manchin-Toomey Background-Check bill would have pushed it through in the Senate. Then we would be forced to count on John Boehner to defend our Constitutional rights. Don’t hold your breath on that one…

The Senate is 5 votes away from passing gun control and the House of Representatives could be only two dozen votes away as well. We cannot become complacent and assume that we have won. The gun control groups are out in force lobbying and pressuring Congress to take up the issue of gun control again.

The truth is that we are one tragedy and just a handful of votes away from expanding Connecticut’s gun confiscation program nationwide!

The American Revolution is taught today and school children are led to believe that a vast majority of the American colonists resisted British rule. This couldn’t be farther from the truth.

All in all, just 3% of the Colonial population actively resisted King George and the British Army. The other 97% resisted passively, were too afraid to do anything, or remained loyal to the crown. Just three percent of the population was able to defeat the greatest military power in the world. 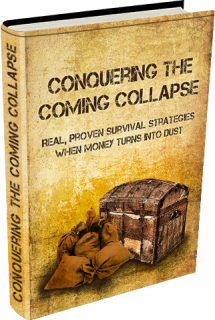 We could have just as easily lost the American Revolution, however. One percent less support and the revolution could have failed.

How many people do you think will stand on behalf of our natural rights and resist these unconstitutional gun control laws? Three percent?

If only three percent of gun owners resist the government’s efforts to rob us of our life, liberty, and property, than the battle is already lost.

I pray to God that it never comes to this point. I pray that we can stop the next round of gun control before it is too late.

Your second amendment rights are teetering on the edge, relying on a handful of Congressmen to honor their oaths. We cannot afford a three percent showing. In order for us to succeed, we need every Conservative patriot to stand as one and vocally resist these affronts to our liberty. Only after we have exhausted every peaceful mechanism can we turn to active resistance.

They can try, but they will fail! 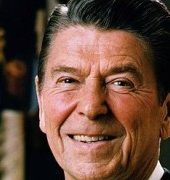