Hantavirus Outbreak: Thousands May Have Been Exposed to Virus 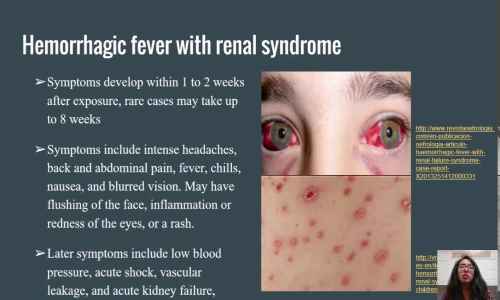 A Global Perspective on Hantavirus Ecology, Epidemiology, and Disease

What is the history of hantavirus pulmonary syndrome?

The first recognized outbreak of HPS was noted in 1993 in the “Four Corners” area of the U.S. where the states of Arizona, New Mexico, Colorado, and Utah meet. Two otherwise healthy young people, a Navajo Indian and his fiancée, suddenly became short of breath and died.

This unusual situation triggered a review of deaths in the four states that resulted in identification of five other young people who recently died with similar breathing problems. During the next few weeks, additional people were found being treated in the same geographic area with similar pulmonary syndromes. Tissues from affected patients were sent to the CDC, where researchers searched for causes and found a link among the patients: infection with a previously unknown type of hantavirus.

Since other known hantaviruses (in Asia and Europe) were known to be transmitted to people by rodents, the researchers started trapping rodents from June to August 1993 to determine if the virus was associated with the animals. In November 1993, a rodent (a deer mouse) trapped by CDC researchers in a house where a person who developed the pulmonary syndrome lived yielded the previously unknown virus. In addition, army researchers soon isolated the same virus from an infected patient who also had exposures to mice. This new hantavirus was first termed Muerto Canyon virus, then Sin Nombre virus (SNV), and eventually simply hantavirus.

The disease caused by this virus was termed hantavirus pulmonary syndrome (HPS). Further investigations suggested that other people had died from this infection in the past when autopsy tissue was found to contain the virus. When Navajo Indian medical traditions were studied, the Navajo medical culture apparently recognized the disease and had associated it with mice. The outbreak in 1993 probably occurred because environmental factors led to favorable survival and proliferation of mice. The mouse population was about tenfold greater in 1993 than in 1992 in the Four Corners area.

HPS is found mainly in the Americas (Canada, U.S., Argentina, Brazil, Chile, Panama, and others) while HFRS is found mainly in Russia, China, and Korea but may be found in Scandinavia and Western Europe and occasionally in other areas. Like HPS, HFRS results from hantaviruses that are transmitted by rodent urine, droppings, or saliva (rodent bite), by direct contact with the animals, or by aerosolized dust contaminated with rodent urine or feces to human skin breaks or to mucous membranes of the mouth, nose, or eyes. The vast majority of HPS and HFRS infections are not transferred from person to person.

The goal of this article is to discuss HPS; however, much of what is presented about HPS applies to HFRS — the main difference is that the predominant symptoms in the late stages of disease vary somewhat between the two diseases (lung fluid and shortness of breath in HPS and low blood pressure, fever, and kidney failure in HFRS).

HPS is a disease caused by hantavirus that results in human lungs filling with fluid (pulmonary edema) and causing death in about 38% of all infected patients.

Vaccines
No FDA-approved vaccine for HPS is available in the United States. A killed-virus vaccine, similar to approaches used in China and Korea, is not being pursued for several reasons, including the dangers associated with the mass production of virus under high-containment (BSL-4 for large preparations of virus) and unresolved questions of the efficacy of killed-virus vaccines. However, a number of laboratories have been working to develop vaccines that employ viral antigens delivered by DNA vectors or as recombinant proteins. A vaccinia virus-vectored vaccine containing the M and S genes of HTNV was found to elicit neutralizing antibodies in humans; however, pre-existing immunity to vaccinia (smallpox vaccination) lessened its efficacy (McClain et al., 2000). In another approach, HTNV glycoprotein genes were used to pseudotype vesicular stomatitis virus (Lee et al., 2006). This vaccine elicited neutralizing antibodies in mice and protected against HTNV infection.

HPS is a significant health threat in endemic areas because of the sporadic and unpredictable occurrence of disease in formerly healthy adults, its high case–fatality rate and absence of vaccines or drugs. Vaccination of individuals in endemic areas or those who could be exposed to the virus in military, clinical or research settings would be an important strategy toward reducing the incidence of disease. If vaccines are successfully developed and licensed, it is likely they would be used in populations at high risk of exposure, including persons in endemic regions performing tasks that put them in contact with rodent excreta (e.g. farm and forest workers, military personnel). In Chile and Argentina, medical personnel treating HPS patients would be considered an at-risk population because of the possibility of person-to-person transmission of ANDV.

Antiviral therapeutics offer an alternative strategy for dealing with outbreaks in areas previously unrecognized to harbor disease, accidental exposure in laboratory workers or deliberate introduction through bioterrorism. Unfortunately, except for ribavirin, no potential antivirals have been reported to show efficacy in animal models of HFRS or HPS. Thus, it is imperative to develop countermeasures to treat unprotected persons who have been exposed to these virulent pathogens.

How do people get HPS?
People get HPS when they breath in hantaviruses. This can happen when rodent urine and droppings that contain a hantavirus are stirred up into the air.
People can also become infected when they touch mouse or rat urine, droppings, or nesting materials that contain the virus and then touch their eyes, nose, or mouth. They can also get HPS from a mouse or rat bite.

Here are some activities that can put people at risk for HPS:

• Improperly cleaning up mouse and rat urine, droppings, and nests.
• Cleaning a shed or cabin that has been closed for some time.
• Working in areas where mice and rats may live (such as barns).

What are the symptoms of HPS?
If people get HPS, they will feel sick 1 to 5 weeks after they were around mice or rats that carried a hantavirus.
At first people with HPS will have:
• Fever
• Severe muscle aches
• Fatigue
After a few days they will have a hard time breathing. Sometimes people will have headaches, dizziness, chills, nausea, vomiting, diarrhea, and stomach pain.
Usually, people do not have a runny nose, sore throat, or a rash.

How can HPS be prevented?
• Keep mice and rats out of your home.
• Clean up mouse and rat urine, droppings, and nesting materials with a disinfectant or a mixture of bleach and water.

How to Keep Mice and Rats Out of Your Home

Check inside your house for gaps or holes that a pencil can fit into. Seal them with steel wool, lath metal, and caulk.
Inside your home, use snap traps baited with peanut butter.

What you can do outside your home:
• Use a thick plastic or metal garbage can with a tight lid. Make sure there are no holes in the garbage can.
• Clean up trash, brush, and weeds around your home.
• Check the outside of your house for gaps and holes. Seal them with cement, lath metal, hardware cloth or sheet metal.
• Put away pet food after use.
• Keep grains and animal feed in thick plastic or metal containers with tight lids.

Get rid of old trucks, cars, and old tires. Mice and rats may use these as homes.
• Keep grass and shrubbery within 100 feet of the home well trimmed.
• Move woodpiles 100 feet or more from the house. Raise the wood at least 1 foot off of the ground.
• Use traps in areas outside your home where you think mice and rats live.

Models can be translated across zoonotic diseases and, in conjunction with data analysis, provide insight into ecological trends, an understanding of the underlying causes of outbreaks, and guidelines for their control and prevention. The integration of basic and applied research with modeling will be instrumental in gaining a comprehensive understanding of how zoonotic viruses are maintained and transmitted within their natural ecosystems and the mechanisms that lead to their emergence or “outbreaks.” Furthermore, these types of efforts can lead to the discovery of new ecological paradigms and a true understanding of the nature of episodic zoonotic epidemics such as those caused by Ebola virus, SARS CoV, Nipah virus, and Machupo virus as well as many new viruses, including hantaviruses, that remain to be discovered.

Herbs and other natural remedies can be as effective as traditional treatments, often without the same negative side effects,” says Roberta Lee, MD, medical director of the Continuum Center for Health and Healing at Beth Israel Medical Center in New York City. Here are 10 super healers you’ll want to add to the all-natural section of your medicine cabinet—and even to your favorite recipes. Folding one or two of them into your cooking every day can yield big benefits. 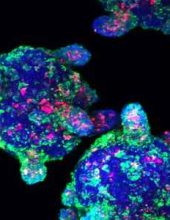 8 New Diseases That Are Coming to Wipe Us Out 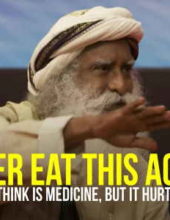 STOP EATING IT! 99% of People Thinks is Medicine, But It Hurts You!