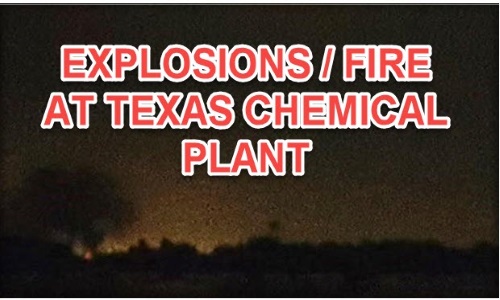 Two explosions have been reported at the Arkema chemical plant in Crosby, 25 miles northeast of Houston.

The Harris County Emergency Operations Center notified the company around 2 a.m. of explosions at the site and black smoke coming from the area.

One deputy was taken to the hospital after inhaling fumes and nine others drove themselves to the hospital as a precaution, the Harris County Sheriff's Office reported in a tweet. The company says the smoke inhaled is believed to be a "non-toxic irritant." 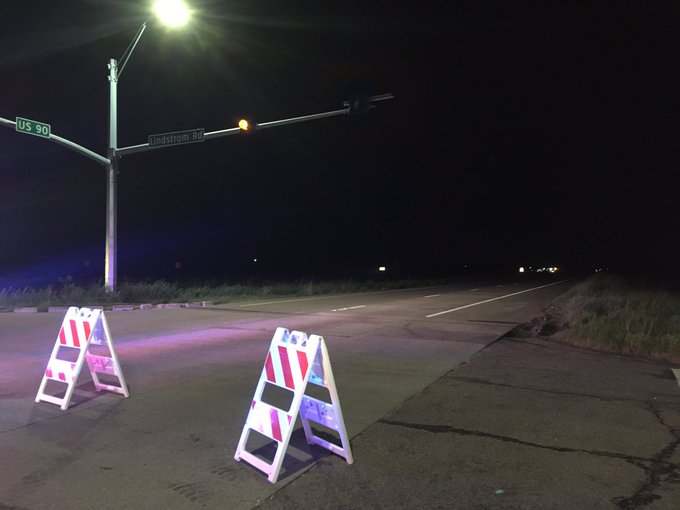 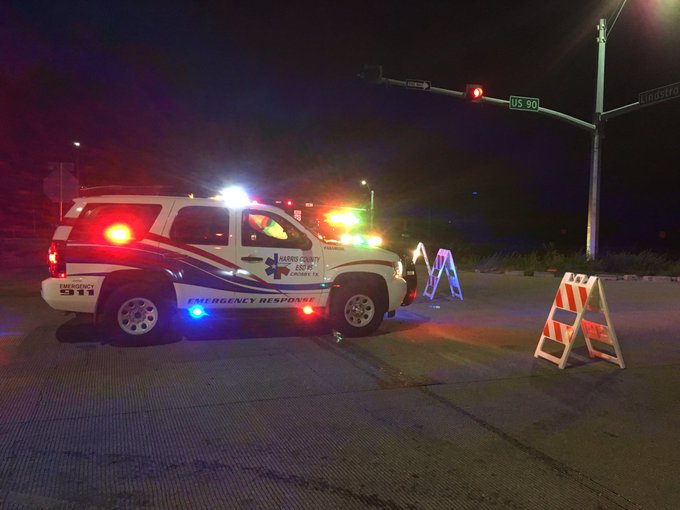 Two explosions have gone off & #HCSO says a deputy has been taken to the hospital after inhaling fumes at Arkema Inc. Crosby Plant. #KHOU11

The National Weather Service Houston office said winds in the area were from west to east at 4 to 9 mph. 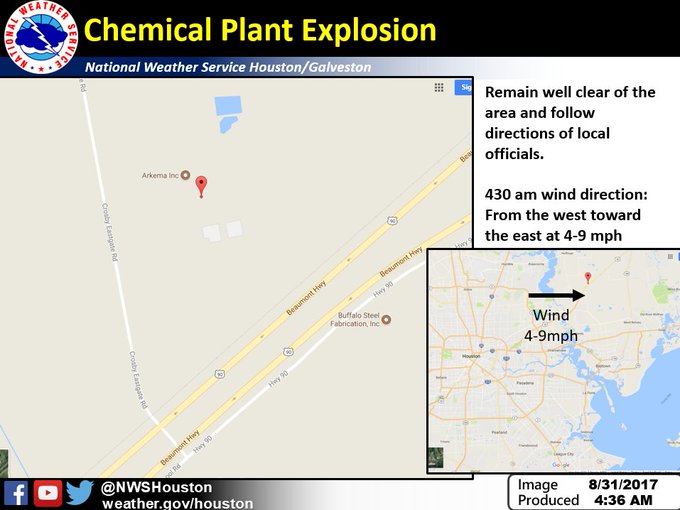 Arkema officials had previously said they believed that sometime within the next several days, chemicals at the plant would degrade, explode and catch fire due to Harvey flooding-related power outages.

"Right now, we have an unprecedented 6 feet of water at the plant," a company  statement said Wednesday. "We have lost primary power and two sources of emergency backup power. As a result, we have lost critical refrigeration of the materials on site that could now explode and cause a subsequent intense fire. The high water and lack of power leave us with no way to prevent it. We have evacuated our personnel for their own safety."

A mandatory evacuation was also in effect for the sparsely-populated area in a mile-and-a-half radius of the facility.

Arkema makes organic peroxides, which are used in making items ranging from medications to construction materials.

More explosions could occur because the organic peroxide at risk is stored in multiple locations at the site.

"Organic peroxides are extremely flammable and, as agreed with public officials, the best course of action is to let the fire burn itself out," according to a statement from the company.

According to Arkema, the fires would resemble a large gasoline fire. They would be "explosive and intense" and smoke would be released into the atmosphere and dissipate.

The plant was only accessible by boat Thursday. Arkema officials said they don't expect to be able to get to it until floodwaters around Crosby crest in five-to-seven days.

Fifty-seven people work at the facility. 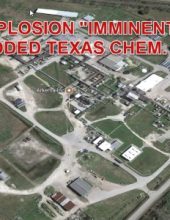