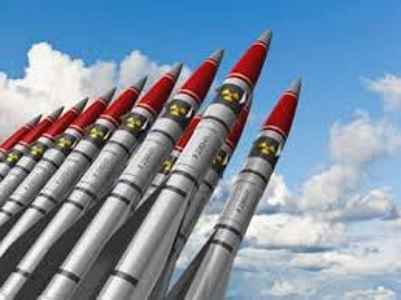 The end of the world has come a lot closer in the past three years, with every single person now in danger as climate change and nuclear weapons pose an escalating threat – according to the scientists behind the Doomsday Clock, a symbolic measure which counts down to armageddon.
They moved the minute-hand of their 68-year old concept clock forward by two minutes today, showing a time of three minutes to twelve, to reflect the fact that the “probability of global catastrophe is very high”.

The time change symbolised their damning assessment of world leaders and the outlook for their citizens.
“Today, unchecked climate change and a nuclear arms race resulting from modernisation of huge arsenals pose extraordinary and undeniable threats to the continued existence of humanity,” said Kennette Benedict, executive director of the Bulletin of the Atomic Scientists in Chicago, the group of scientists which set the clock.
“And world leaders have failed to act with the speed or on the scale required to protect citizens from potential catastrophe. These failures potentially endanger every person on Earth,” she added.
Although the clock is essentially a barometer, it is set by a team that includes 17 Nobel Prize winners and is taken extremely seriously.
The committee pointed out that greenhouse gas emissions have soared by 50 per cent since 1990, while more than £660bn of investment floods into fossil fuel infrastructure every year.
“Since the end of the Cold War, there has been a cautious optimism about the ability of nuclear weapon states to keep the nuclear arms race in check and to walk back slowly from the precipice of nuclear destruction,” said Sharon Squassoni, a member of the clock committee.
The last time the clock read three minutes to midnight was in 1983 when “US-Soviet relations were at their iciest” according to the bulletin. The lowest ever reading was of 11.58 in 1953 when the US decided to pursue the hydrogen bomb, a weapon far more powerful than any nuclear bomb.
The highest reading was 17 minutes to midnight in 1991, when the Cold War officially ended and the US and Russia began cutting their nuclear arsenals. A larger global currency shift is underway…

Things are definitely in motion. Call it a game of musical chairs, or an exercise in rearranging chairs on the Titanic, or just that a tilting balance of power. Just don’t make the mistake of thinking this is all routine. Today the US House passed what I consider to be one of the worst pieces of legislation ever. H. Res. 758 was billed as a resolution “strongly condemning the actions of the Russian Federation, under President Vladimir Putin, which has carried out a policy of aggression against neighboring countries aimed at political and economic domination.
Earlier this year, Russian lawmakers were considering equating GMO-related activities to a terrorist act or death threat, a criminal act that Russia says deserves the punishment which killers and creators of mass ecological and human genocide deserve.
On Saturday, December 13th, Russian media reported that U.S. President Obama evidently can’t wait to sign the congressional authorization for war against Russia (which has already been passed in draft form by 98% of U.S. House members and 100% of U.S. Senate members), and that he is already shipping military supplies into Ukraine for use against Ukraine’s ethnic Russians that the Ukrainian Government is trying to eliminate.
Alex Jones breaks down the Charlie Hebdo terrorist attack and how the globalists are trying to force WW3 between the West vs. Islam. Paul Craig Roberts – former Assistant Secretary of the Treasury under President Reagan, former editor of the Wall Street Journal, listed by Who’s Who in America as one of the 1,000 most influential political thinkers in the world, PhD economist – wrote an article yesterday about the build up of hostilities between the U.S. and Russia titled, simply: “War Is Coming”. 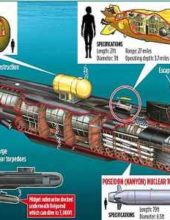