We will get a better picture of the election after labor day. Both parties had their convention. Biden did not get the normal “convention bounce in the polls. Next week we will see if Trump got a bounce. After labor day the polls stabilize and a clearer picture is set. The only times were a dramatic change in the polls occur is the debates. Right now The stellar August’s market performance is telling us that the market believes Trump will be re-elected. August strength plays well into Donald Trump’s re-election — in the three months prior to the November elections, positive S&P 500 returns have accompanied incumbent party presidential victories 85.7% of the time. Biden’s polling lead has been shrinking all month.

American University history professor Allan Lichtman developed a system that has accurately predicted every presidential election since 1984 (with one exception: he predicted Al Gore, who did win the popular vote but lost to George W. Bush. Licthman stands by that prediction). Licthman tells CNN’s Michael Smerconish that his system predicts President Donald Trump will lose the White House this year.

In fact, in the total swing state poll, aka the poll that currently matters most, Biden’s lead has narrowed to just 2.7 points and is closing fast. The data may be stale by one week, and new data will reflect the perception of the RNC convention, but it has changed since the same time in July. Historically, the market has performed best under Democrat Presidents with Republican Congresses, but the market is short-sighted (6-9 months forward view) and wants what it wants now, often at the expense of the long-term, much like a child. This is true whether it’s manipulated quarterly earnings beats, Fed money-printing, or deficit spending we collectively cannot afford. Removing the risks of substantial re-regulation and taxation allows market participants full speculative freedom – courtesy of the Fed and our spend-happy Congress. But going back to 1928, when stocks rose 5% or more in August, and the June to August return was top 25%, the market often struggled in September and October. If it was a relatively normal year minus COVID19, social unrest, high unemployment rate, election year, then I would take heed to these pronostications. But this is not your grandfather’s stock market.

Everything is fair game for 2020! I think that most of the stats from history really don’t count in this case because of the stimulus. We will not have a real or natural valuation until the markets can float by itself and, in the meantime, be prepared for massive manipulation and corruption, like dons cons that were trading off of insider information around the time the pandemic broke. Considering the polls, if the market was going to crash, it would have happened already. I believe the stock market will continue to gain very slow. Keep in mind American stocks are bought with American Dollars. As the country continues to ease, the value is accepting a higher position on that scale, but it is still bought with watered-down American money. At this point, I’m genuinely scared about the next crash. These valuations are becoming more insane every day. Yesterday, the S&P 500 hit a critical uptrend line, which historically means it goes down in furry, and as history shows, it also does! The Feds decision is extremely important to the market in the coming months.

If they can’t control the inflation, it’s over. I doubt they can. History of Fed actions like this doesn’t end up very well. In Alan Greenspan’s book Age of Turbulence, he talks about when he did something similar to what the Fed is currently doing, and made it clear that he regretted his decision later. I’m very worried that these valuations are insanely high! This will NOT END WELL. My prediction is: Trump wins on November 3, 2020. The economy will change. Huge events will happen following the weeks of Trump’s win. Q3 will disappoint due to the lack of a third stimulus package and consumer confidence. All of this will result in a full-blown market crash. Based on research, charting, and my personal opinion, I have certainty that this will occur. There has never been a time in history where the stock market has defied the reality of the economy. “You can fool some of the people, some of the time, all of the people some of the time, but you can never fool all of the people all of the time” – Abraham Lincoln.

The next three months are always the most important. Yet nothing ever changes for the better. The next three months will be meaningless. Just like the next three months after that will also be meaningless. The damage is done, as is ,America. The US government has destroyed our nation. We have no economy, no job market, no prosperity, no leadership, and no hope. You can see the despair setting in as the reality sets in. The US government abandoned everyone while bailing out billionaires. Trillions of fiat dollars to the cronies while people go homeless and starve. I want to be optimistic, but the degree of tilt in the world today is unsettling. There’s no rational explanation for much of what we’re seeing. It’s almost intended to play out as a softening up the masses for the totalitarian phase to begin. Neither candidate is sufficient to the task of delivering America out the Financial Quagmire we find ourselves in today.

This election will focus more on the social environment, which carries the seeds to destroy America. Sadly, the FED has done all it can financially. And has but one weapon left? That being, its use of “Psychology.” The Dollar has become a metaphor for a One-Armed Man hanging from a cliff. Inflation is becoming a foe that can’t be controlled or defeated. And I haven’t even mentioned China. The right and left-wing nuts are coming off. The economy is in free fall. Imagine 50% unemployment! It’s over 30%, but it’s under-reported. One-third of the economy has been destroyed. Congress is operating off a delusion. Passing on the stimulus is a great mistake. Each week the PPP ends.Over a million new claims for unemployment, both sides, Democratic and Republican, are at fault. Congress is on vacation while Rome burns. The real reality is as long as lockdowns continue, no stimulus, then expect 50% of the economy will be destroyed by Christmas. Are these jobs coming back? According to Western States Senators, helped wanted signs are everywhere. These jobs are not coming back. 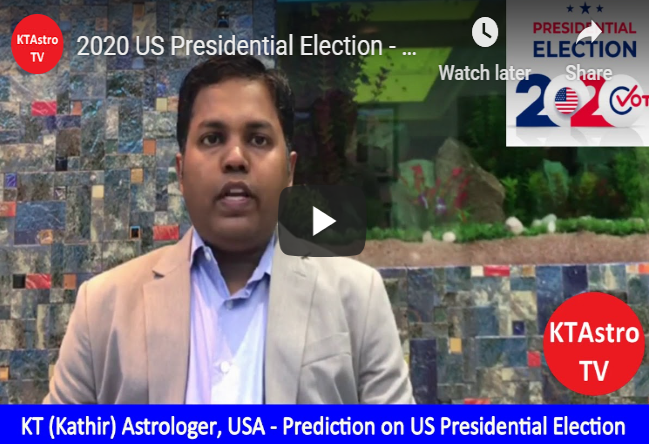 The Western States, like Montana, do not have large populations; New York, California, Florida, Texas, have large populations. I did not, and I do not see helped wanted signs in Florida and Texas when I went through. I see more lockdown after the second wave. Many businesses are out of business. Mortgages and leases are way behind; the tsunami of foreclosures will be greater than 2008-2009. Will banks crash? Yes, many banks will crash. This is a depression bigger than the Great Depression. It will cause structural unemployment, and the velocity of money will be negative. No business can survive when the velocity of money is negative. It’s impossible. Tax revenue? If one third to fifty percent of the economy is destroyed, then how much tax revenue? The IRS is screaming tax revenue will be down significantly. How much, well, it looks bad. Pelosi wanted $3.4 trillion; then, it’s $2.2 trillion.

Then the right-wing nuts say $1.3 trillion. Both wing nuts better pass something real soon, or this is over. Understand something. Your elected officials are no smarter than your local city council or school board. With a few exceptions, their primary concern is their power over you and the wealth they can accumulate from their elected position. They are not scholars. They have not studied failed empires and failed economies. They have spent their entire lives preening and pandering. They will latch on to any meme that serves them. They will ignore or crush anyone that does not benefit them. They are self-serving narcissists with little or no experience with running any successful enterprise beyond their own political racket. When it comes to money, they are masters at manipulating other people into giving them what they want. They are the epitome of spoiled children. For that reason, they will jump on board with any short term stimulus that will buy them more votes.

This is our political class. They will push for flooding what is left of the economy with trillions of dollars with absolutely no understanding of the consequences of their decisions. They, like 95% of the rest of us, will be caught flat-footed when the dollar dies. For them, the death of the dollar is impossible. They cannot even imagine it. They are incapable of dealing with the systemic collapse that is playing out before us. Their normalcy bias keeps them in place. The left has announced its intent not to concede the election.

They have enabled color revolutions in their cities. The war on cops is escalating. The riots are causing businesses to shut down or move. At some point, the supply chains to these cities will break. Then these cities will depopulate. As the brigands flee their failed cities and attempt to pillage the red counties, more and more of them are going to get shot. At some point, somebody turns out the lights. Gold and silver are liable to do well regardless of who wins (both are unrepentant profligates), but things go to hell in a handbasket quicker under a Biden presidency, particularly if Democrats take over the Senate. Stocks will absolutely tank if the democrats get a clean sweep, given that Biden will raise taxes post-haste should he win (he likes to call it Paying their fair share.

Considering the current situation with government finances, interest rates, QE, the world economies, etc., I’d say we’re due for a serious slowdown, no matter who gets elected. We’re going to have to pay back all this borrowed money. At this point, I suspect we will have to raise taxes, cut the budget, cut Social Security benefits, raise Medicare rates, etc. And that’s just to keep from the country going bankrupt. That’s assuming Biden gets elected. If not, and Trump wins, I have no idea what’s going to happen. The GOP thinks they fixed everything with that tax cut… so…? If Trump gets re-elected, prepare to see his default on the national debt. He will offer 50 cents on the dollar, take it or leave it. And he will brag about doing it. This will then be followed by a depression so deep that it would make the Great Depression look like a picnic. 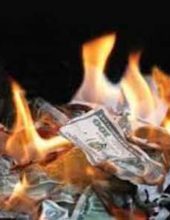