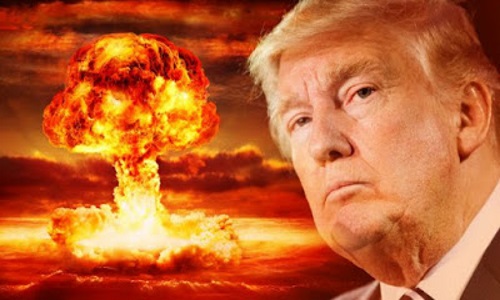 Nuclear war would be the end of human civilization. How stupid are we?

World War Three; an apocalyptic spasm of global violence that could imperil the future of the species that created it.

Humanity is obsessed with armageddon, of course; it underlies many of our world religions, informs much of our international relations and has inspired many of our greatest works of art.

But if the bell should toll for our species, what will be our undoing?

Nothing has been better at killing humans than humans themselves, and nuclear war is the clichéd formula for how the world ends: A small misunderstanding suddenly sends fleets of nuclear-tipped missiles hurtling into the world’s major cities, and survivors manage to linger a generation or two in the hyper-polluted planet that remains. The 1983 song 99 Luftballons, for instance, imagined an innocent cloud of balloons ending the world by accidentally triggering early warning sensors. Chillingly, the song wasn’t far off from a real life event: A 1995 incident in which Russia misinterpreted a Norwegian research rocket as an incoming nuclear strike.

To really enshroud the world in nuclear winter, however, the earth would need a massive, all-out thermonuclear war — a scenario that has become dramatically less likely since the end of the hair-trigger Cold War. A full-scale conflict with North Korea, for instance, would imperil the survival of cities and countries, but not the continuance of the human race. Still, mathematicians warn that accidents are possible and become much likelier during periods of crisis. “A significant fraction of the total (nuclear war) risk during the last 50 years occurred during the 13 days of the Cuban missile crisis—a period that constituted just 0.07% of that time period,” reads a 2008 paper on the phenomenon.

The nuclear winter chapter of history began in the late 1970s, when a group of scientists—entered the nuclear arms fray. These weren’t nuclear physicists or weapons experts: they studied the atmospheres of Earth and other planets, including dust storms on Mars and clouds on Venus.

In 1980, paleontologist Luis Alvarez and his physicist father Walter presented evidence that an asteroid had hit Earth at the end of the Cretaceous Period. They argued that the impact had thrown so much dust and debris into the air that Earth was blanketed in shadow for an extended period, long enough to wipe out the last of the non-bird dinosaurs. If true, this hypothesis showed a way that a catastrophe in one location could have long-term effects on the entire planet.

If the United States managed to disable the Soviet arsenal and launch its own preemptive nuclear strike (or vice versa), they wrote, the whole world would suffer the consequences:

When combined with the prompt destruction from nuclear blast, fires, and fallout and the later enhancement of solar ultraviolet radiation due to ozone depletion, long-term exposure to cold, dark, and radioactivity could pose a serious threat to human survivors and to other species … The possibility of the extinction of Homo sapiens cannot be excluded.

The nuclear winter paper was accepted for publication in the journal Science, where it was destined to reach millions of scientists and influence decades of future research. Known colloquially by the acronym “TTAPS” after its authors’ last names, the academic article would be published on December 23, 1983.

A little analysis with the actual facts you will see that all nations would survive. Less than 10% of the world population would die with full economic recovery in 10 years.

Having done some serious homework on this subject I have come to realize that people are happy not knowing the truth and assuming the worst. Hardly anyone makes an effort to understand the real implications and instead they latch onto hype as their only truth.

Fear and sensationalism sells and if you hear it enough you start to believe it without any need for a basis in fact. Between the endless sensational news stories and Hollywood epic dramas we have abandoned any critical thinking and logic for a fictional vision of the apocalypse when in truth a real analysis says otherwise.

An All Out Nuclear War Between the USA and Russia (the only two that really matter in total destructive force and the only two who are likely to go at it.)

The war wouldn’t be noticeable in the vast majority of the world as less than 1/2 of a percent of earth’s landmass would be involved. While the damage caused by nuclear weapons is indeed severe the idea of an apocalypse is greatly exaggerated by the press and perpetuated by people who react without making any effort to actually understand.

A few things to consider…

Notes on the history of civilian targeting

The view in 2016 from military law attorneys is that countervalue targeting is illegal under the Law of Armed Conflict (LOAC). That was not always the case. In the late 1940s, the U.S. did not have a declaratory nuclear doctrine. In the event of war, military leaders assumed that the few bombs in the nuclear inventory would be used against a small number of enemy cities as they were at Hiroshima and Nagasaki. In 1948 the Joint Chiefs of Staff (JCS) expanded the Hiroshima concept into a war plan for a single strategic air strike against major Soviet cities. It was argued that this would deter Moscow from starting a war for fear of the terrible destruction that American reprisals would inflict on the USSR.

In 1949 the Soviet Union exploded its first nuclear weapon. The emerging nuclear arsenal of the USSR raised an overriding new requirement for U.S. doctrine. Although the JCS continued to plan for an attack against Soviet cities, destroying enemy nuclear weapons became the priority for American nuclear forces and remains so to this day. At the same time, U.S. leaders seriously debated whether to wage a preventive war in order to destroy Soviet nuclear forces before they could be used. In 1950, President Truman rejected preventive war as inconsistent with American values.

During the Kennedy administration, the Secretary of Defense McNamara developed plans that limited the U.S. nuclear attacks to only one or two of the three traditional categories of targets: nuclear forces, other military, and urban-industrial. Under the revised declaratory doctrine, known as the “no cities” or “city hostage” doctrine, U.S. forces would first, in the event of Soviet aggression, strike military targets (categories one and two) and simultaneously threaten next to hit cities (category three targets), in order to deter Moscow from retaliating against American population centers. The “no-cities” doctrine represented a shift away from massive retaliation and towards a more calibrated response to Soviet aggression. Indeed, this increased targeting flexibility was adopted by NATO in 1967 when it formally approved the declaratory doctrine of flexible response. Under this declaratory doctrine, which remains in force today,

During the early 1960s, deterrence was discussed in countervalue terms. For example, Jerome Wiesner, science adviser to President John F. Kennedy and President Lyndon B. Johnson, testified before Congress that the U.S. could establish deterrence based on a threat to destroy six of the 10 largest Soviet cities. However, by the mid-1980s, U.S. officials began to publicly explain that the U.S. did not target civilian populations and instead targeted Soviet military assets, including nuclear forces.

The committee notes that although some scenarios show substantial nuclear-radiation-induced fatalities, military operational guidance is to attack targets in ways to minimize collateral effects. Calculated numbers of fatalities to be expected from an attack on an HDBT might be reduced by operational planning and employment tactics. Assuming that other strategic considerations permit, the operational commander could warn of a nuclear attack on an HDBT or could time such an attack to take advantage of wind conditions that would reduce expected casualties from acute and latent effects of fallout by factors of up to 100, assuming that the wind conditions were known well enough and were stable and that defenses against the attack could not be mobilized. However, a nuclear weapon burst in a densely populated urban environment will always result in a large number of casualties

After the Korean War the U.S. Army’s revised the field manual on the law of land warfare introduced a new statement that expressed as doctrine the growing importance of intention. The revised 1956 manual said, “It is a generally recognized rule of international law that civilians must not be made the object of attack directed exclusively against them.” Previous army manuals had left this rule unexpressed. As a subculture, military professionals may have placed even more emphasis on their intentions not to harm noncombatants even in the face of widespread civilian deaths. While the sources make it difficult to assess the personal sentiments of officers and soldiers about civilian casualties during the Korean War, it is not hard to believe that many in private did not want to think of themselves as waging war against defenseless civilians.

Current OPLAN 8010 Current attack plans Integrate nuclear and conventional weapons to minimize civilian casualties. The Bush administration’s Nuclear Posture Review ordered the military to integrate nuclear and conventional weapons into the strike plans, some of these “New Triad” targeting strategies began to look more like countervalue than counterforce targeting except that strikes in cities no longer needed to be nuclear

Yes many will die and it will be ugly and very messy but we will live on. It isn’t going to be the end of the world or even this nation if it ever happens.

If you would like to challenge these assertions, do so on my comprehensive answer on this subject which also includes all the cited references to the above text which did not come over with the copy. . All opinions are welcome and factual data is greatly appreciated. Allen E Hall’s answer to Who would win in a war between Russia and the US? 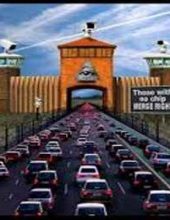 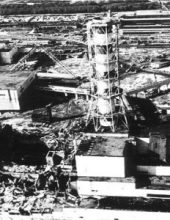