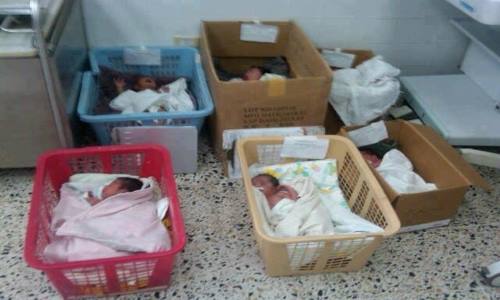 (Babies are placed in baskets and cardboard boxes because there is nowhere else to put them.)

You’ve seen the stories about how desperate people are down to hunting dogs in the streets for food there.

The crippling economic crisis in Venezuela is reaching a critical tipping point. Due to the oil collapse, socialism has failed the country and thousands of people are dying as the nation’s hospitals have turned into real-life nightmares scarier than most fiction horror films.

Because there’s no money for supplies like clean linens, soap, toilet paper, medical supplies like disposable gloves or even basics like a clean sheet of paper, let alone medicines such as intravenous solutions and antibiotics, and because the country is suffering rolling blackouts and money-saving government-imposed “holidays” that only leave people with two days of reliable electricity a week, the ill and wounded including newborn babies are dying left and right in Venezuela’s crippled hospitals.

The story in The New York Times might as well have been written by Stephen King, except that it is happening right now in real life.

Here are just a few of the horrifying highlights.

Incubators don’t work. Because the respirators don’t work without electricity, when the power goes out in continuous blackouts, doctors are forced to pump air by hand into premature babies and newborns to keep them alive. Some sit doing this all night long in the dark just to try and keep these babies breathing. Every day, more babies die this way… for such an utterly preventable reason. The rate of death for babies under a month old has increased 100-fold this past year over 2012 figures.

Others have died from lack of simple, inexpensive medicines like antibiotics, one of the cheapest pharmaceuticals on the planet. Pharmacy shelves are completely empty due to lack of now unaffordable imports, and doctors and nurses are forced to give patient families a list of stuff to attempt to attain on the black market and bring back to the hospital to keep their loved one from dying… if they can scrounge up the ability to afford the insane black market prices for simple items like soap and toilet paper.

Still others, like the father of a five-year-old girl with cancer, have been rendered unable to afford his daughter’s intravenous solutions which have skyrocketed 16 times the price of what they used to cost just a year ago. He is, instead, forced to watch her slowly die a horrible and up until recently prevented death. People watch their loved ones die in front of them in Venezuelan hospitals on a daily basis for what should otherwise be an inexpensive, preventable reason in a sane world.

Many hospitals are over capacity, some at double capacity. Patients are lining the halls, some laying in pools of their own blood because there are no beds. Those who get beds are forced to lay on rotting mattresses with filthy, unchanged linens. One of these patients, 68-year-old diabetic Rosa Parucho, found her back covered in sores because of it. This, however, is the least of her worries; because the dialysis machine she needs is broken, infection spread to her feet which both turned black and will have to be removed before she dies of septic shock.

A 21-year-old named Samuel Castillo showed up needing a simple blood transfusion; because the government had declared that particular day yet another “holiday” to save money, the blood bank was closed. He died that night.

The hospital can’t print X-rays anymore, so patients are literally taking photographs of their X-rays with their cell phones and showing the phones to specialists to attempt to get them interpreted. Ever considered what it would be like if your heath and well being relied upon a grainy secondhand cell phone image? The excuse one doctor gave for why he was writing a patient’s medical data on the back of a used bank slip someone had thrown in the trash is because the hospital had run out of clean paper.

Surgeons are forced to perform surgeries without being able to properly clean up after the previous surgery and with only seltzer water to clean their hands.

Physicians are protesting their government.

“It is like something from the 19th century,” said Dr. Christian Pino, a surgeon at the hospital.

That’s the level they are at in hospitals in Venezuela. People are dying there left and right for completely preventable reasons that have nothing to do with their health or the lack of qualified medical care and everything to do with the country’s failing economy.

This is the true, undeniable horror of what economic collapse really looks like… and it is reaching a tipping point.

This is why people have to be prepared. 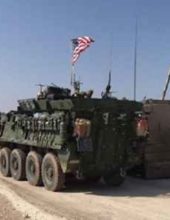