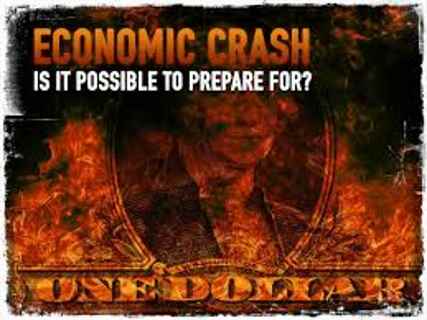 In the flux of never before seen economic uncertainty, Stefan Molyneux and Mike Maloney discuss the difference between currency and money, the historical role of gold as money, the dependence of the United States government on wall street for tax revenue, the role of the Federal Reserve in the creation of unstable economic bubbles, the possibility of deflation, $20,000 gold and how you can protect yourself in these uncertain economic times.

Michael Maloney is the founder and owner of GoldSilver.com, a global leader in gold and silver sales and is also the author of the bestselling precious metals investment book of all time, “Guide To Investing in Gold & Silver: Protect Your Financial Future.”

International Monetary Fund designated the Chinese yuan as one of the global currencies used to calculate the value of Special Drawing Rights. This event may portend a significant reordering of the world’s monetary system, and serve as a recognition that the US dollar’s ongoing status as the world’s reserve currency is not guaranteed. Jim Rickards terms this a “political decision” by the IMF, and discusses what it means both for China and the US.]
Membership in the exclusive SDR currency club has changed only once in the past thirty years.


That change took place in 1999, and was purely technical due to the fact that the German mark and French franc were being replaced by the euro.

Leaving aside this technical change, the SDR has been dominated by the “Big Four” (US, UK, Japan, and Europe) since the IMF abandoned the gold SDR in 1973. This is why inclusion of the Chinese yuan is so momentous.

Putin Says Dump Dollar
Would mean the creation of a single financial market between Russia, Armenia, Belarus, Kazakhstan, Kyrgyzstan, Tajikistan and other countries of the former Soviet Union “This would help expand the use of national currencies in foreign trade payments and financial services and thus create preconditions for greater liquidity of domestic currency markets”, said a statement from Kremlin.

The bill would also help to facilitate trade in the region and help to achieve macro-economic stability. It’s a known fact that the Russians and Chinese have already begun divesting themselves of dollar dependency by implementing trade agreements that completely sidestep the world’s reserve currency, but there has been no overt sign of a sell-off that might be indicative of a coming attack on our currency. Just 3 weeks after the world could not purge itself fast enough of ‘pet rocks’, Gold is pushing to one-month highs this morning (at $1120) and Silver just broke a key technical level at its 50-day moving average as USD weakness and global turmoil have seen Precious metals gain for the last few days… Peter Schiff, economist, best-selling author, and CEO of Euro Pacific Capital, believes a U.S. dollar crisis is underway. World affairs analyst Joel Skousen recently made a compelling case against an imminent economic collapse, while others argue that the end is nigh for the U.S. economic, financial and monetary systems.

Whatever the case, remain vigilant and prepare for the worst, because the hammer is going to drop sooner or later. The Chinese do not plan to live in a world dominated by the U.S. dollar for much longer. Chinese leaders have been calling for the U.S. dollar to be replaced as the primary global reserve currency for a long time, but up until now they have never been very specific about what they would put in place of it. Many have assumed that the Chinese simply wanted some new international currency to be created. But what if that is not what the Chinese had in mind? What if they have always wanted their own currency to become the single most dominant currency on the entire planet? What you are about to see is rather startling, but it shouldn’t be a surprise. When it comes to economics and finance, the Chinese have always been playing chess while the western world has been playing checkers. Sadly, we have gotten to the point where checkmate is on the horizon.

The Next Economic Disaster – financial collapse

Traditionally, economic crises have fueled debates focused primarily on the role that public debt and debt-fueled public spending play in economic growth. However, serial entrepreneur and finance expert, Richard Vague in his provocative new book, The Next Economic Disaster: Why It's Coming and How to Avoid It, argues that it is in fact the rapid expansion of private rather than public debt that constrains growth and sparks economic calamities like the financial crisis of 2008.

Relying on the findings of a team of economists, The Next Economic Disaster pinpoints that the Great Depression of the 1930s, the economic collapse of the past decade, and many other sharp downturns around the world were all preceded by a spike in privately held debt. The Atlantic's Steve Clemons and the New America Foundation's Economic Growth Program Director, Sherle R. Schwenninger hosted an in-depth discussion on the current state of the US economy, assessments of the global debt and growth picture and responses to the threat of yet another financial disaster. 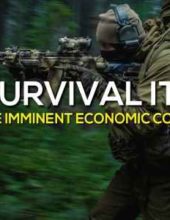 50 Survival Items You Forgot To Buy Before The Economic Collapse 2019 Stock Market CRASH!