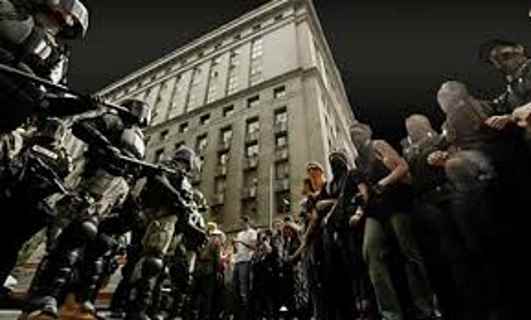 Preparing For Another Event, Turkey invaded Iraq, US is now preparing for another false flag

NYT is pushing American to give up their weapons. US drone whistle blowers have had their credit and bank accounts frozen. Singapore green lights US spy planes to fly over China's islands to provoke the country. IMF changes its rules to give more debt to Ukraine. Crimea has full power thanks to Russia. Turkey invaded Iraq and Iraq and Russia are tell Turkey to remove the troops. Greece intercepts ship carrying weapons to Libya for the Islamic State. US pushing more countries into Syria. US is now preparing for another false flag to get the guns and push terror on the people to push the authorization for war.(youtube.com)

‘Turkey gets impunity for whatever it does’: Turkish troops deployed in N. Iraq

The Arab League has condemned deployment of Turkish troops in northern Iraq, saying it amounts to “an intervention.” Iraq has demanded that Ankara withdraws its troops, saying it will go to the UN Security Council if they remain.

Political analysts saw last week’s deployment by Turkey, which has the second biggest army in Nato, as an attempt to assert its influence in the face of increased Russian and Iranian involvement in Syria and Iraq.

“Turkey seems to be angling to prove to the Russians and Iranians that they will not be allowed to have either the Syrian or Iraqi war theatres only to themselves,” said Aydın Selcen, a former consul general of Turkey in Irbil, the capital of Iraq’s autonomous Kurdish region.
The troops arrived on Thursday with tanks and armoured personnel carriers at a camp in territory held by Iraqi Kurds near the Isis-held city of Mosul. Ankara said they were there to help protect a training mission close to the frontline.

“It is our duty to provide security for our soldiers providing training there,” the Turkish foreign minister, Mevlüt Çavuşoğlu, said in an interview on Turkey’s Kanal 24 television. “Everybody is present in Iraq … The goal of all of them is clear. Train-and-equip advisory support is being provided. Our presence there is not a secret.”

“In case we have not received any positive signs before the deadline we set for the Turkish side, then we maintain our legal right to file a complaint to the [UN] security council to stop this serious violation to Iraqi sovereignty,” he said.

A senior Turkish official said Baghdad’s objections had come as a surprise: “There was no single development … that happened without informing the central government.”