The Worst Retail Apocalypse In U.S History! Russia & China Declare All Out War on US Petrodollar — Prepare for Exclusive Trade in Gold 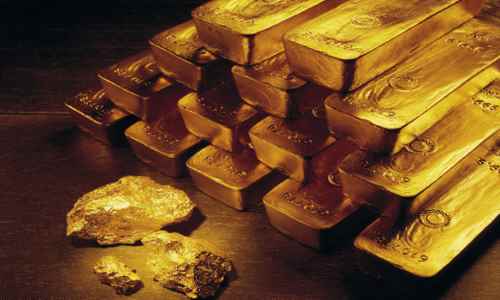 Recessions generally occur when there is a widespread drop in spending (an adverse demand shock). This may be triggered by various events, such as a financial crisis, an external trade shock, an adverse supply shock or the bursting of an economic bubble. Governments usually respond to recessions by adopting expansionary macroeconomic policies, such as increasing money supply, increasing government spending and decreasing taxation.

American Apparel filed for bankruptcy and the remaining 110 stores have been liquidated and closed. HHGregg filed for chapter 11 bankruptcy and is closing 88 stores and 3 distribution centers. Abercrombie and Fitch announced that they will be closing 60 stores in 2017. This is just a handful of examples. Roughly 3,500 store closings have been announced so far in 2017.

Amazon has quintupled its sales since 2010. Half of all US households now have an Amazon Prime account. Storefront retail is being buried by online retail. The retailers that are innovating are surviving, but those who are not are being buried. While brick and mortar retailers are scaling back, online retailers like Amazon have the pedal to the floor. Many retailers thought that the internet was a fad, they were wrong.


The formation of a BRICS gold marketplace, which could bypass the U.S. Petrodollar in bilateral trade, continues to take shape as Russia’s largest bank, state-owned Sberbank, announced this week that its Swiss subsidiary had begun trading in gold on the Shanghai Gold Exchange.

Russian officials have repeatedly signaled that they plan to conduct transactions with China using gold as a means of marginalizing the power of the dollar in bilateral trade between the geopolitically powerful nations. This latest movement is quite simply the manifestation of a larger geopolitical game afoot between great powers.

According to a report published by Reuters:

Sberbank was granted international membership of the Shanghai exchange in September last year and in July completed a pilot transaction with 200 kg of gold kilobars sold to local financial institutions, the bank said.
Sberbank plans to expand its presence on the Chinese precious metals market and anticipates total delivery of 5-6 tonnes of gold to China in the remaining months of 2017.


Then, the Dollar Crash
However, the dollar, which is presently praised as being a sound currency, is really only sound in relation to the euro (and some other lesser currencies). Once its less stable brother, the euro, collapses, the dollar will be exposed.

As the US dollar is a fiat currency and is on the ropes, the US (and any other country that is using the dollar as its primary currency when the time comes) will experience a currency emergency at the street level that will be unprecedented.

The big question that is generally not being discussed is: The day after the crash (and thereafter), what will be the currency that is used to buy a bag of groceries, a tank of petrol, a meal at a restaurant? Certainly, the need will be immediate and will be on a national level in each impacted country, affecting everyone.


If there really is a collapse of the money supply it is difficult to believe that your briefcase of pretty coins will still have any purchasing power near $1 million. In the 1970s, Christian singer Larry Norman made popular the Apocalyptic song lyric, “A piece of bread could buy a bag of gold” based on Revelation 6:6. In The End, I’d rather not have bought as much gold as possible.

The economy will be back to the bartering system in 1923 and 1924. People traded services with each other and traded services for goods. Instead of working for money, people worked for food and other goods.

Bartering became more and more widespread . . . A haircut cost a couple of eggs

You very often bought things you did not need. But with those things you could start to barter. You went round and exchanged a pair of shoes for a shirt, or a pair of socks for a sack of potatoes; some cutlery or crockery, for instance, for tea or coffee or butter. And this process was repeated until you eventually ended up with the thing you actually wanted.

To put it simply, people didn’t switch to gold as a means of exchange when things got bad. Instead, they switched to bartering for the stuff people actually needed: food, clothing, shelter, cutlery, and so on.

If you want to “hedge” against some sort of imagined financial apocalypse based on a very negative view of the future, don’t use gold as that hedge. Instead, spend your time building skills. Store up some dry food in your basement. Set up a generator. Become as self-sufficient as you can. These things will help you whether “financial apocalypse” happens or not.

If you want to buy gold as a small part of your investments, that’s great. My wife and I have considered buying a few gold coins to keep in our safe for that very purpose.

But if you’re buying gold out of fear of hyperinflation or financial apocalypse, you’re buying into marketing that isn’t borne out by the facts of history. Invest your money elsewhere, preferably in things that make you more self-sufficient. 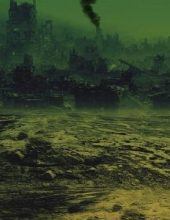 2017 Is Going To Be The Worst Retail Apocalypse In U.S. History – More Than 300 Retailers Have Already Filed For Bankruptcy