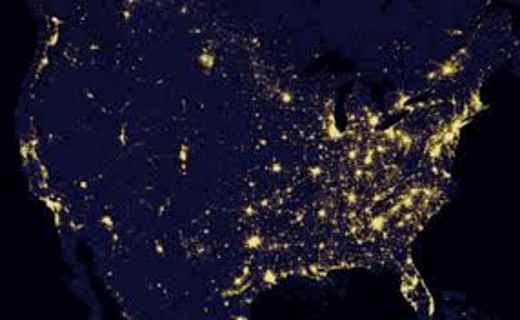 Whether we talk about a terrorist event or a solar storm experts agree that an EMP event is not a matter of if but when. American Blackout: Are You Prepared? The power grid across the U.S. is unprotected!

The catastrophic effects of an electromagnetic pulse-caused blackout could be preventable, but experts warn the civilian world is still not ready. both congressional advisory boards, said the technology to avoid disaster from electromagnetic pulses exists, and upgrading the nation’s electrical grid is financially viable.

“The problem is not the technology,” Pry said. “We know how to protect against it. It’s not the money, it doesn’t cost that much. The problem is the politics. It always seems to be the politics that gets in the way.” A drill centered around a national power grid failure caused panic amongst some Iowans who feared they would have their electricity cut off, forcing the City of Ames Electric Services to announce that it is not participating in the exercise.

For many in the ‘prepper’ community, the panic displayed by some Iowans will only underscore how many people are on edge and woefully dependent on a national power grid which is becoming dangerously overloaded.

Aging and stretched to capacity, the national grid will become increasingly susceptible to blackouts according to experts who warn that America will begin to resemble India, which routinely suffers rolling blackouts that can last for weeks. Researchers from the University of Colorado Boulder recently completed analyzing data from a Coronal Mass Ejection that took place in the summer of 2012. The CME, which was reportedly the most powerful electrical discharge ever recorded from the sun, narrowly missed earth. It was not “earth directed,” meaning the electro-magnetic mass was ejected by the sun when it was facing away from our planet. However, had it occurred just a week prior, the highly charged particles would have struck earth and, according to CU-Boulder Professor Daniel Baker, would have led to nothing short of a technological disaster across the globe.

DHS stockpiling ammunition, the FEMA region 3 alert, the warning from former DHS director, Janet Napolitano Should we take this threat seriously? There is no question that this event could potentially have “false flag” written all over it. Many have expressed grave concern over the timing of GRID EX and what just took place in Paris. If an EMP were to occur, the major catastrophic threat would come in the form of power plants that would go into meltdown. This is the worst kind of false flag attack that I can envision. Here is what it would look like.

What happens when terrorists go after U.S. power grids? Emmy and Peabody Award winner Ted Koppel investigates that question in his new book, "Lights Out: A Cyberattack, A Nation Unprepared, Surviving the Aftermath." The veteran newsman joins "CBS This Morning" to discuss the potentially massive toll from a possible full-scale cyberattack.