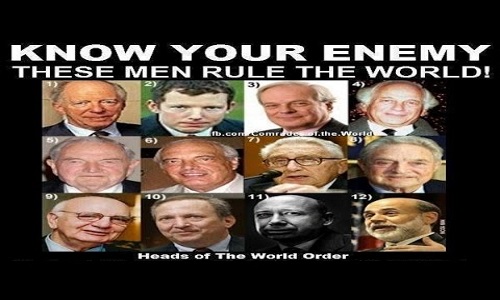 controlled by the elites, Who Owns The World

Everything is controlled by the elites accept it or not. This world is led by evil organizations to tear humanity apart by the name of religions, or political agendas so that humanity fight among themselves and don’t even try to discover the hidden truths which the governments know. Smart move by the elites.

If you were really a member of the global élite, you’d know this already: the world is ruled by a powerful, secretive few. Many of the rest of us peons have heard that in 2004 both candidates for the White House were members of Yale University’s secretive Skull and Bones society, many of whose members have risen to powerful positions. But Skull and Bones is small potatoes compared with the mysterious cabals that occupy virtually every seat of power, from the corridors of government to the boardrooms of Wall Street.

The split in today’s world is perceptible even to a hasty glance. Any of our contemporaries readily identifies two world powers, each of them already capable of entirely destroying the other. However, understanding of the split often is limited to this political conception: that danger may be abolished through successful diplomatic negotiations or by achieving a balance of armed forces. The truth is that the split is a much [more] profound [one] and a more alienating one, that the rifts are more than one can see at first glance. This deep manifold split bears the danger of manifold disaster for all of us, in accordance with the ancient truth that a kingdom — in this case, our Earth — divided against itself cannot stand.

There is the concept of “Third World”: thus, we already have three worlds. Undoubtedly, however, the number is even greater; we are just too far away to see. Any ancient and deeply rooted, autonomous culture, especially if it is spread on a wide part of the earth’s surface, constitutes an autonomous world, full of riddles and surprises to Western thinking. As a minimum, we must include in this category China, India, the Muslim world, and Africa, if indeed we accept the approximation of viewing the latter two as compact units.

For one thousand years Russia belonged to such a category, although Western thinking systematically committed the mistake of denying its autonomous character and therefore never understood it, just as today the West does not understand Russia in Communist captivity. It may be that in past years Japan has increasingly become a distant part of the West. I am no judge here. But as to Israel, for instance, it seems to me that it’s been the part from the western world, in that its state system is fundamentally linked to religion.

How short a time ago, relatively, the small, new European world was easily seizing colonies everywhere, not only without anticipating any real resistance, but also usually despising any possible values in the conquered people’s approach to life. On the face of it, it was an overwhelming success. There were no geographic frontiers [limits] to it. Western society expanded in a triumph of human independence and power. And all of a sudden in the 20th century came the discovery of its fragility and friability.

Western society has given itself the organization best suited to its purposes based, I would say, one the letter of the law. The limits of human rights and righteousness are determined by a system of laws; such limits are very broad. People in the West have acquired considerable skill in interpreting and manipulating law. Any conflict is solved according to the letter of the law and this is considered to be the supreme solution. If one is right from a legal point of view, nothing more is required. Nobody will mention that one could still not be entirely right, and urge self-restraint, a willingness to renounce such legal rights, sacrifice and selfless risk. It would sound simply absurd. One almost never sees voluntary self-restraint. Everybody operates at the extreme limit of those legal frames.

Under a Communist regime and I will tell you that a society without any objective legal scale is a terrible one indeed. But a society with no other scale than the legal one is not quite worthy of man either. A society which is based on the letter of the law and never reaches any higher is taking very scarce advantage of the high level of human possibilities. The letter of the law is too cold and formal to have a beneficial influence on society. Whenever the tissue of life is woven of legalistic relations, there is an atmosphere of moral mediocrity, paralyzing man’s noblest impulses. And it will be simply impossible to stand through the trials of this threatening century with only the support of a legalistic structure.

In today’s Western society the inequality has been revealed [in] freedom for good deeds and freedom for evil deeds. A statesman who wants to achieve something important and highly constructive for his country has to move cautiously and even timidly. There are thousands of hasty and irresponsible critics around him; parliament and the press keep rebuffing him. As he moves ahead, he has to prove that each single step of his is well-founded and absolutely flawless. Actually, an outstanding and particularly gifted person who has unusual and unexpected initiatives in mind hardly gets a chance to assert himself. From the very beginning, dozens of traps will be set out for him. Thus, mediocrity triumphs with the excuse of restrictions imposed by democracy.

However, it is a conception which develops out of Western incomprehension of the essence of other worlds, out of the mistake of measuring them all with a Western yardstick. The real picture of our planet’s development is quite different and which about our divided world gave birth to the theory of convergence between leading Western countries and the Soviet Union. It is a soothing theory which overlooks the fact that these worlds are not at all developing into similarity. Neither one can be transformed into the other without the use of violence. Besides, convergence inevitably means acceptance of the other side’s defects, too, and this is hardly desirable.

If I were today addressing an audience in my country, examining the overall pattern of the world’s rifts, I would have concentrated on the East’s calamities. But since my forced exile in the West has now lasted four years and since my audience is a Western one, I think it may be of greater interest to concentrate on certain aspects of the West, in our days, such as I see them.

A decline in courage may be the most striking feature which an outside observer notices in the West in our days. The Western world has lost its civil courage, both as a whole and separately, in each country, each government, each political party, and, of course, in the United Nations. Such a decline in courage is particularly noticeable among the ruling groups and the intellectual elite, causing an impression of loss of courage by the entire society. Of course, there are many courageous individuals, but they have no determining influence on public life.

If humanism were right in declaring that man is born only to be happy, he would not be born to die. Since his body is doomed to die, his task on earth evidently must be of a more spiritual nature. It cannot be unrestrained enjoyment of everyday life. It cannot be the search for the best ways to obtain material goods and then cheerfully get the most of them. It has to be the fulfillment of a permanent, earnest duty so that one’s life journey may become an experience of moral growth, so that one may leave life a better human being than one started it. It is imperative to review the table of widespread human values. Its present incorrectness is astounding. It is not possible that assessment of the President’s performance be reduced to the question how much money one makes or of unlimited availability of gasoline. Only voluntary, inspired self-restraint can raise man above the world stream of materialism.

It would be retrogression to attach oneself today to the ossified formulas of the Enlightenment. Social dogmatism leaves us completely helpless in front of the trials of our times. Even if we are spared destruction by war, our lives will have to change if we want to save life from self-destruction. We cannot avoid revising the fundamental definitions of human life and human society. Is it true that man is above everything? Is there no Superior Spirit above him? Is it right that man’s life and society’s activities have to be determined by material expansion in the first place? Is it permissible to promote such expansion to the detriment of our spiritual integrity?

If the world has not come to its end, it has approached a major turn in history, equal in importance to the turn from the Middle Ages to the Renaissance. It will exact from us a spiritual upsurge: We shall have to rise to a new height of vision, to a new level of life where our physical nature will not be cursed as in the Middle Ages, but, even more importantly, our spiritual being will not be trampled upon as in the Modern era. 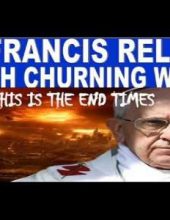