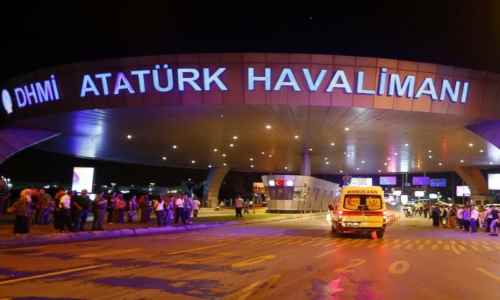 Why Would "ISIS" Attack Turkey When it's been Turkey Supplying them with Weapons and Oil Sales?

A "terrorist bombing" of the Istanbul airport in Turkey has taken the lives of more than 35 people, injuring more than 50 others.  The mass-media is saying "the attack pattern fits ISIS."  It may, but why would ISIS attack its benefactor?

COMMENTARY (Not news, just our Opinion)

There is something very not right about the so-called terrorist attack in Turkey tonight.

Based upon lengthy, and publicly released Russian intelligence, Turkey has been providing extensive material support to ISIS for years.  They have been doing this as part of the Turkish effort to forcibly overthrow President Bashar Assad in Syria.

Turkey has been supplying food, weapons, clothing/uniforms, has been protecting key ISIS supply lines into Syria and, most importantly, Turkey has been allowing tens-of-thousands of ISIS oil tankers to bring stolen oil into Turkey for re-packaging and sale.  This oil has provided ISIS with over $100 Million a month in cash, which it uses to recruit more fighters and continue its evil activities.  So why would ISIS attack Turkey?

Someone ELSE attacked the airport in Istanbul – and it is in someone's interest to make it LOOK like ISIS.

State-sponsored false-flag?  Don't rule it out.

Turkish President Recypt Erdogan – a radical Sunni Muslim – believes himself to be a Sultan.  He has designs to restore the Ottoman Empire.

He is a close ally of Saudi Arabia, whose Wahabi sect of Islam is directly involved in most terror attacks worldwide.

It is in the interest of Turkey to provide an excuse for Turkish troops to enter Syria, to complete the forcible removal of President Assad.  Their efforts have thus far been stymied by assistance to Syria provided by Russia.

This "terrorist attack" would be a perfect excuse for Turkey to BLAME "ISIS" and use this incident as an excuse to send troops into Syria.

If they undertake such action, the Russians will defend Syria.

The question then becomes, if Turkey enters Syria — ostensibly to go after ISIS for this terror attack — and Russia defends Syria, will Turkey then go to NATO and claim it has been attacked, thereby invoking the NATO mutual defense treaty to provide a reason for NATO to engage Russia inside Syria? 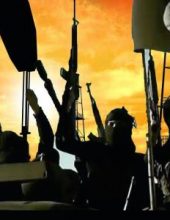 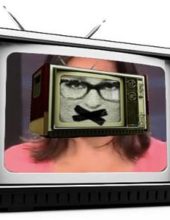