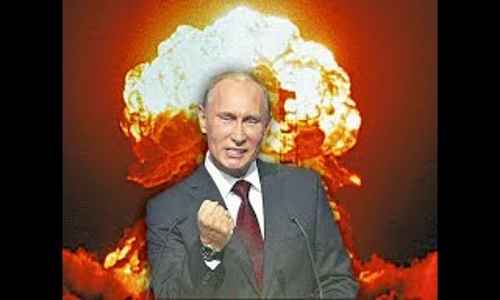 Humanity today is facing staggering crises of war, disease, pollution, drought and famine. Where will it all lead? Bible prophecy reveals that God is working through current events to bring about a future time when the whole world will be at peace. If you understand what God is doing now, and what He has planned for His creation, you can have hope—even in times of trouble!

To the modern scientist or businessman, or even the theologian who does not take the Bible literally, the biggest stumbling block to understanding God’s prophecies is the failure to fully grasp the absolute reality of the true God—the Creator God revealed in the Holy Bible. Just how does God’s power work? How does God rearrange the destinies of nations? Can we see prophecy fulfilled in history—and even in world affairs today?

Most importantly, we need to remember that the God revealed in your Bible has the ability to exercise total power and total control of nations and individuals. “Behold, the nations are as a drop in a bucket, and are counted as the small dust on the balance; look, He lifts up the isles as a very little thing…. It is He who sits above the circle of the earth, and its inhabitants are like grasshoppers, who stretches out the heavens like a curtain, and spreads them out like a tent to dwell in. He brings the princes to nothing; He makes the judges of the earth useless”

Prophets are called by God to teach His commandments, warn against sin, and prophesy of future events. The Bible records many prophecies that have been fulfilled, as well as many that are yet to happen. Many biblical prophecies center on Jesus Christ, His life, and His role in the destiny of all humankind.

• The Rapture is “the ‘catching up’ of the living saints ‘to meet the Lord in the air.’ The Bible does not teach any separation between the Second Coming and the Rapture; they are simply different aspects of the Last Day.”
• The Second Coming “coinciding with the Rapture and the Resurrection, will take place at the end of the Millennium, when history is sealed at the Judgment.”
• The Beast “of Revelation was a symbol of both Nero in particular and the Roman Empire in general.”
• The False Prophet “of Revelation was none other than the leadership of apostate Israel, who rejected Christ and worshiped the Beast.”
• The Great Harlot of Revelation was “Jerusalem which had always been . . . falling into apostasy and persecuting the prophets . . . which had ceased to be the City of God.”
• The Millennium “is the Kingdom of Jesus Christ, which He established at His First Advent. . . . the period between the First and Second Advents of Christ; the Millennium is going on now, with Christians reigning as kings on earth.”
“Other postmillennialists interpret the millennium as a future stage of history. Though the kingdom is already inaugurated, there will someday be a greater outpouring of the Spirit than the church has yet experienced.”
• The First Resurrection of Revelation 20:5 is a “Spiritual resurrection: our justification and regeneration in Christ.”
• The Thousand Years of Revelation 20:2-7 is a “large, rounded-off number. . . . the number ten contains the idea of a fullness of quantity; in other words, it stands for manyness. A thousand multiplies and intensifies this (10 X 10 X 10), in order to express great vastness. . . . represent a vast, undefined period of time . . . It may require a million years.”

The New Creation “has already begun: The Bible describes our salvation in Christ, both now and in eternity, as ‘a new heaven and a new earth.’” The Conspiracy Of The New World Order World War 3 The Secret • Israel In contrast to the eventual faithfulness and empowerment by the Holy Spirit of the Church, “ethnic Israel was excommunicated for its apostasy and will never again be God’s Kingdom.”
Thus, “the Bible does not tell of any future plan for Israel as a special nation.”
The Church is now that new nation (Matt. 21:43) which is why Christ
destroyed the Jewish state. “In destroying Israel, Christ transferred the blessings of the kingdom from Israel to a new people, the church.”
• The New Jerusalem “the City of God, is the Church, now and forever.”
• The Final Apostasy refers to Satan’s last gasp in history (Rev. 20:7-10). “The
Dragon will be released for a short time, to deceive the nations in his last-ditch attempt to overthrow the Kingdom.”
This will be “in the far future, at the close of the Messianic age,” shortly before the Second Coming.
• Armageddon “was for St. John a symbol of defeat and desolation, a ‘Waterloo’
signifying the defeat of those who set themselves against God, who obey false prophets instead of the true.” “There never was or will be a literal ‘Battle of Armageddon,’ for there is no such place.”
Preterists contend that most of the biblical passages that I would see as future have already been fulfilled in the first century. R. C. Sproul has adopted this view in his recent book The Last Days According To Jesus. Why are an increasing number of evangelicals coming to what I strongly believe is an erroneous conclusion?

How to craft a plan to survive even when times become challenging. Here, Cain explains simple military science to help you survive at home. You will need to use simple equipment and substances available at home.
– How to distinguish clean water and food from ones that have been contaminated after an attack. This keeps the family safe and free of diseases that may be caused by contaminated food or water.
– Besides teaching people how to survive when the latter days comes, individuals can use the eBook as a handbook for survival during war times.