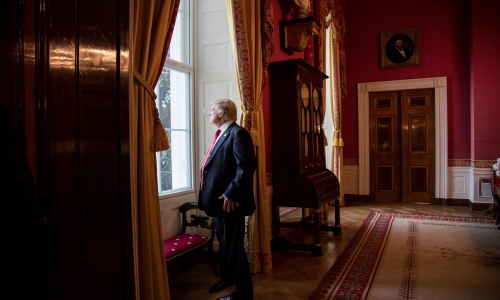 The mainstream media is relentlessly trying to convince the American people that President Trump did something wrong, and to a certain degree it appears to be working.  As you will see below, 3 major polls have found that a majority of Americans now support impeachment.  But according to the U.S. Constitution, President Trump cannot be impeached unless he is convicted of a crime.  Article II, Section 4 of the U.S. Constitution sets a very high standard for impeachment: “The President, Vice President and all Civil Officers of the United States, shall be removed from Office on Impeachment for, and Conviction of, Treason, Bribery, or other high Crimes and Misdemeanors.”  Top Democrats love to give interviews about impeachment, but you will notice that none of them ever point to a specific federal law that President Trump violated, and none of them ever bother to explain how President Trump’s specific behavior fits the elements of any particular federal statute.  As a former lawyer, this disturbs me greatly, because the law is supposed to be applied impartially.  Either President Trump is guilty of breaking a specific law or he isn’t.  You can’t just impeach someone because you don’t like that particular individual, but that appears to be what the Democrats are doing, and in the process they are absolutely trampling on the Constitution.

Unfortunately, a slim majority of the U.S. population now appears to be on the side of the pro-impeachment forces.  A little over a week ago, a Fox News survey was the first poll to show this…

President Trump blasted that poll on Twitter, but then earlier this week Gallup released a survey with even worse results…

Currently, 52% say Trump should be impeached and removed from office, while 46% say he should not be. This is roughly the opposite of what Gallup found in June when asked in the context of special counselor Robert Mueller’s investigation.

The new survey by Pew Research Center, conducted Oct. 1-13 among 3,487 adults, finds that 54% currently approve of the House’s decision to conduct an impeachment inquiry, while 44% disapprove.

Neither party engenders a great deal of confidence that they will be “fair and reasonable” during the impeachment inquiry, the survey finds. About four-in-ten (43%) expect that the Republicans in Congress will be fair in handling the inquiry, while slightly more (47%) say the same about the Democrats in Congress.

Once can be a coincidence, twice is a trend, and three times means that we have a major problem on our hands.

In fact, an average of all the latest national polls about impeachment shows that “a majority of Americans” now support this process…

For the first time, a majority of Americans said this week that they supported the impeachment of President Trump. Not just in one, outlying poll — in an average of all current national polls compiled by the data journalists at FiveThirtyEight.

From a historical perspective, this is really stunning, because during Richard Nixon’s impeachment process a majority of Americans never supported his impeachment until the very end.

And in Bill Clinton’s case, public support for his impeachment never even reached the 40 percent mark.

So to see that more than 50 percent of Americans are in favor of impeaching Trump is rather stunning, and it shows that the mainstream media still possesses an immense amount of influence in our society.

But even if everything that the Democrats are alleging that President Trump did is 100 percent true, there is still no impeachable offense here.

Whether you are a fan of Trump or not, you should want to see justice done in this case.  Ultimately, our representatives in Washington are supposed to be our “public servants”, and they should be treated just like everyone else.

I have gone over all of the “crimes” that the Democrats are accusing Trump of committing, and they must not be reading the federal statutes regarding these crimes very carefully, because Trump’s actions don’t fit any of those statutes.

Look, if Trump was really guilty of a “high crime or misdemeanor”, there would be plenty of Republicans in Congress turning on him by now.  And I am not talking about turncoats like Mitt Romney that have their own political agendas.

If President Trump was really guilty, a large number of Republicans would turn on him just like we witnessed during the Nixon saga.  When it become clear that Nixon was guilty, members of his own party rapidly abandoned him, and Nixon was forced to resign.

But that hasn’t happened in this case, and it is not going to happen because Trump is not guilty.

Unfortunately, the Democrats are going to draft articles of impeachment anyway, and at this point it looks like the vote in the House is going to go against Trump.

So then the drama will move to the Senate, and Mitch McConnell is telling everyone to be ready for a trial “as soon as Thanksgiving”…

Majority leader Mitch McConnell told Republican senators Wednesday to be ready for an impeachment trial of President Trump as soon as Thanksgiving, as the Senate began to brace for a political maelstrom that would engulf the nation.

An air of inevitability has taken hold in Congress, with the expectation that Trump will become the third president in history to be impeached — and that Republicans need to prepare to defend the president. While McConnell briefed senators on what would happen during a Senate trial, House GOP leaders convened what they expect will be regular impeachment strategy sessions.

The good news is that McConnell has pledged to protect Trump, and that almost certainly means that the effort to remove Trump from office will fail.

But the uproar that the Democrats and the mainstream media are creating over all of this is going to divide this nation even more deeply, and it is setting the stage for the kind of civil unrest that I have long warned about (#ad).

When this process is finally over, about half the country is going to end up believing that Trump committed some sort of major crime but that justice was kept from being done by Trump’s Republican friends in the Senate.

There is going to be so much anger on the left, and what makes this situation even more volatile is the fact that we are heading into an election year.

We have never seen anything like this before in American history, and things are about to get very, very ugly.

About the Author: I am a voice crying out for change in a society that generally seems content to stay asleep.  I am the publisher of The Economic Collapse Blog, End Of The American Dream and The Most Important News, and the articles that I publish on those sites are republished on dozens of other prominent websites all over the globe.  I have written four books that are available on Amazon.com including The Beginning Of The End, Get Prepared Now, and Living A Life That Really Matters.  (#CommissionsEarned)  By purchasing those books you help to support my work.  I always freely and happily allow others to republish my articles in written form on their own websites as long as this “About the Author” section is included.  In order to comply with government regulations, I need to tell you that the controversial opinions in this article are mine alone and do not necessarily reflect the views of the websites where my work is republished.  This article may contain opinions on political matters, but it is not intended to promote the candidacy of any particular political candidate.  You can follow me on social media on Facebook and Twitter.  The material contained in this article is for general information purposes only, and readers should consult licensed professionals before making any legal, business, financial or health decisions.  Those responding to this article by making comments are solely responsible for their viewpoints, and those viewpoints do not necessarily represent the viewpoints of Michael Snyder or the operators of this website. 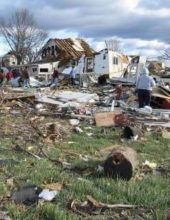