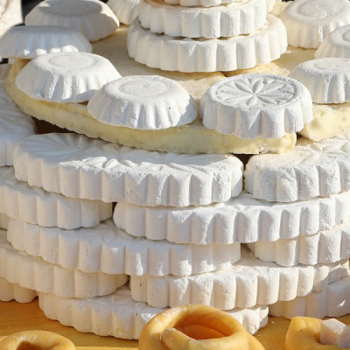 What is Aaruul – Dried Curds?
Mongolians make a variety of dairy products. The process of preparing Aaruul goes as follows. Yogurt is boiled, then filtered through a cloth to make curd. This curd is wrapped in another cloth and put under a heavy rock to push out all the liquid. After that, curd is dried under the sun but before then it is cut into pieces with a string or molded into a shape.
Curd is rich in protein and calcium. Curd can be molded into various types of attractive and interesting shapes for children and adults as well. Aaruul is good for digestion. It can be stored for long periods of time and when properly stored it does not spoil.
Aaruul is one hundred percent dairy product, nothing else is mixed in. In a way it can be more nutritious than milk.
Sugar or vanilla can be added for flavor. Aaruul has a sour taste and good for teeth. Add Aaruul on top of boiling hot water, tea and mutton soup for curing various diseases such as liver, spleen problems, blood pressure and also for relieving fatigue etc..

Mongolia, landlocked between Russia and Asia, is a land of nomads. The country is one of the world’s fastest growing economies, due to its huge quantities of mineral wealth. To the 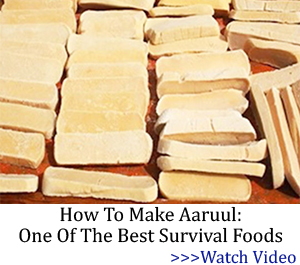 outside world, Mongolia is probably most known for its vast steppes and their father of thenation and famous conqueror Chinggis Khaan. The country is less rec ognized internationally for its cuisine. However, the food from Mongolia exhibits unique characteristics and the traditional food reflects the nomads’ life on the move in harsh weather conditions.
Background
Traditional Mongolian food is predominantly based on meat and dairy products. This is food that the nomads produce from their domesticated animals, such as cattle, sheep, goats, horses, camels and yaks. Those simple based materials are produced using a variety of methods into different products, such as airag (fermented horse milk), khorkog (mutton cooked with hot stones) and urum (clotted cream). Aaruul is another popular food that is based on milk. This product is made of curdled milk that has been dried in the sun and air. It is primarily consumed as a snack, sometimes flavoured with sugar and berries, and its long shelf life fits perfectly in the nomadic lifestyle. It is commonly believed that aaruul is the factor behind the Mongolians strong and healthy teeth.
Mongolians also have a vast tradition of wild fruit utilization. Sea buckthorn and Goji berries
are two of the wild fruits that can flourish in the extreme weather conditions on the mountains
and in the dry sandy Mongolian soils. They have been used as both medicinal and food plants
and the berries are noted for their high levels of nutritional important components and they are a good source of local available supply of vitamins and other beneficial substances.
In the 1990s there was a rapid transition from state-run to market-run economy in Mongolia.
After the transition to market-run economy, the dairy industry collapsed and a large part of the dairy products were imported. Dairying provides much-needed nutrition, regular incomes and jobs in the rapidly urbanizing country. The huge wealth of traditional milk products will continue to play a central role in Mongolian culture and the livelihoods of nomadic herders

Materials
Fresh whole milk from goat, yak, horse, camel and cow was obtained from private herds in
Mongolia. The berries were obtained from the local market.
A local dairy in Ulaanbaatar supplied the starter culture for the aaruul. The culture was a
freeze-dried Thermophilic yoghurt culture of the brand CHR HANSEN. The culture is a
mixture of Streptococcus thermophilus and Lactobacillus delbrueckii and it is known to
produce yoghurt with very consistent body, moderate flavour and low post-acidification.

A review of the literature was performed to find information regarding the health aspects of the raw materials in aaruul. The review also assessed the feasibility to make the aaruul out of
the different types of milk and the theoretical aspects of the final product’s potential health benefits.

Preparation of aaruul
All trials and production of aaruul were performed in a domestic kitchen. The aaruul was prepared according to the traditional process for making aaruul, with the exception of drying
the product on the roof of a yurt in the sun. The whole milk was pasteurized before incubated
with the starter culture. The milk was heated up in a water bath at 85°C for 30 minutes and
cooled to 42°C. The pasteurized milk was inoculated with starter culture and the mixture was
stirred (сүүгээ самрах) for 5 to 10 minutes and then incubated at 43°C for 4 hours. The
curdled milk was placed in a cheesecloth and the whey was drained off. The curd 7
was cut into smaller pieces and dried completely in the sun.
The aaruul were stored at 3°C.
For the flavoured samples; the dried berries were added to the curd before cutting and drying the aaruul.

Consumer acceptance test
An acceptance test was carried out using a nine point hedonic scale. Samples of aaruul were made of milk from yak, goat, cow, camel, cow with addition of dried sea buckthorn berries
and cow with addition of dried gojiberries. Six different samples of aaruul were prepared in total and they were presented in white plastic cups. All samples were marked with a threedigit code and the order of presentation of samples was randomized for each participant. The recruitment of consumers was performed accordingly to ensure that only non-Mongolians
were part of the test. The participants were given a questionnaire . They were instructed on how to evaluate the samples and asked to rinse their palates with water before each sample.
A sample size of minimum 75 persons was used in order to cover for most tolerable levels of
risk.

Milk fat
Milk fat is a mixture of different fatty-acid esters called triglycerides, which are composed of
glycerol and various fatty acids. Milk fat is also composed of di- and monoglycerides, sterols,
carotenoids, vitamins (A, D, E and K) and minor trace elements (Bylund, 1995). In contrast to
most dietary guidelines, recommending the consumption of fat reduced milk and milk
products, Kratz et al., (2013) suggest that high fat dairy consumption is inversely associated
with obesity risk. They also stressed that the fatty acid profile of milk is affected by the
animal’s diet. Devle et al., 2012 showed that animals on summer pasture increase their C18:1
(oleic acid) content in milk, which is considered to be a favourable fatty acid for human
health (Haug et al., 2007) and decreases the C16:0 (palmitic acid) fatty acid, which is a
known contributing factor for increased risk of cardiovascular disease (WHO/FAO, 2003).
Milk contains trans fatty acids, which also are a known contributing factor to cardiovascular
disease. It is therefore recommended to consume food that provides a very low intake of trans
fatty acids (less than 1% of daily energy intake) (WHO/FAO, 2003). The assumed health
negative trans fatty acids were analyzed to be highest in ruminant milk (0.7–1.0%), but milk
from these species contained also the highest amount of the health beneficial CLA (0.4–0.7%)
(Devle et al., 2012). ALA (α-linolenic acid –18:3 n-3) and LA (linoleic acid – 18:2 n-6) are
essential fatty acids for humans and both are found in relatively small amounts milk. They are required for normal physiological functions linked to membrane integrity and regulatory cell signals. It is important that these two fatty acids are in balance in order to decrease the risk of coronary heart disease .
suggest the recommended optimal balance between intake of n-6 polyunsaturated fatty acids
and n-3 polyunsaturated fatty acids to be 5-8% and 1-2% of daily energy intake, respectively 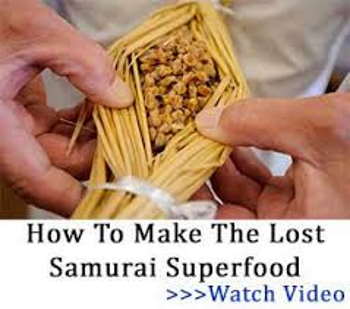 Camel milk has many interesting nutritional properties and some of them are probably also
found in camel milk based aaruul. The milk has a health favourable content of fatty acids and
it has a relatively high level of α-linolenic acid (Konuspayeva et al., 2008). It also contains
CLA. Similar health favourable properties of the camel milk fat could be assumed to also be
present in aaruul based on camel milk. The protein fraction in camel milk also has interesting
health promoting features. The whey proteins have high anti-bacteriological properties
(Elagamy, 2000), but much is lost during the de-wheying and drying of the product. The
casein proteins (β-casein), which are found in higher amount in aaruul, acts as a natural
antioxidant and ACE-inhibitor after enzymatic digestion. Camel milk is a promising protein
source for people allergic to cow milk protein (Elagamy et al., 2009) and it has even indicated
to be a treatment for other food allergies by simply consuming the milk (Shabo et al., 2005).
It can be assumed that aaruul based on camel milk could be a promising dairy source for
people allergic to cow milk protein or even an aid to reduce symptoms from other allergies.
Camel milk contains various minerals and vitamins that are essential for the human body and
aaruul based on camel milk could also be an important vitamin and mineral source. Camel
milk appears to contain a high amount of iron, especially when compared to the other milk
sources included in this study. Aaruul based on camel milk could therefore be assumed to be a
good alternative to iron supplementation. Vitamin C is found in a large amount in camel milk,
but some of it is lost during the process of making aaruul. Vitamin D, niacin and vitamin B6
could also be assumed to be present in a higher amount in aaruul based on camel milk
compared to the other aaruul types included in this study.

The results presented showed that it is possible to produce aaruul out of milk from cow, yak,
goat and camel. Horse milk demonstrated an inability to form a curd and thus excluded from
the acceptance test. Although further studies are needed to confirm the potential consumer’s
acceptance of the product, the results from this study indicate that aaruul does not extensively
appeal to non-Mongolians. Aaruul based on cow milk with the addition of gojiberries had the
highest acceptance of the six samples, but still it only reached to between “neither like or
dislike” to “like it slightly” on the hedonic scale.
Based on the literature findings, all different milk sources are an excellent basis to make a
healthy aaruul. However, horse milk was found to be the least nutritious milk source of the
five included in the study. The addition of the native Mongolian berries of sea buckthorn and
goji showed, not only to make the aaruul more palatable, but also increased the nutritional
value of the product.
Even though many nutrients are lost in the process of making aaruul, the product can still be
considered to possess many health beneficial properties, such as being a good source of
vitamins, minerals, healthy fatty acids and proteins. Aaruul could also be suggested as a food
that could help protect the teeth from the demineralization process.
Mongolian aaruul is a food product that can offer quality and distinctive Mongolian
advantage to the world. Mongolian aaruul does not only have health as an added value, but it
also has a cultural aspect added to its features. However, in order to make aaruul more healthy
and palatable a review of the process, further studies and sensory evaluations are
recommended. 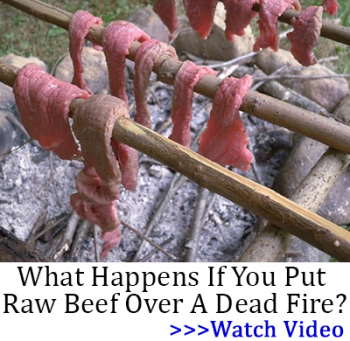 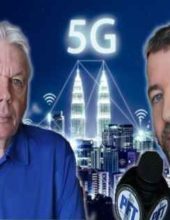 – The Cooking of Humanity – 5G ATTACK PLANS –You Won’t Believe What They NOW Have Planned For Humanity! With David Icke! 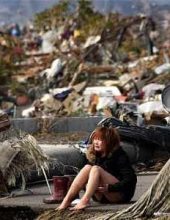 HEALTH PROBLEMS COMMON TO ALL NATURAL DISASTERS (Structural Damage They Cause, Earthquakes, Hurricanes, Floods, and Other Natural Calamities )