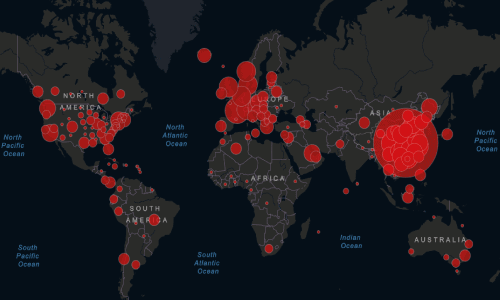 Assessing the virus’s real death rate could offer clues on what to expect next. Data shows how much harder the pandemic is hitting Black and Latino Americans.

A mandatory mask law took effect in Iran on Sunday as the country batttles a new wave of cases.

Here’s what you need to know:

Phoenix has a testing crisis, and FEMA refuses to help, the mayor says.

Mayor Kate Gallego of Phoenix said on Sunday that with cases and death counts soaring in Arizona, testing sites in her city and surrounding Maricopa County are overwhelmed, but the Federal Emergency Management Agency has rebuffed her pleas for help.

She raised the issue on the ABC program “This Week,” saying that it “feels like they’re declaring victory while we’re in crisis mode.”

In an interview later in the day, Ms. Gallego, a Democrat, said she had been trying since April to get more testing resources for Phoenix, both from FEMA and from the private sector. But testing, she says, remains woefully inadequate, especially for those who lack health insurance.

“We are the largest city not to have received this type of investment,” Ms. Gallego said, noting that FEMA had set up testing sites in Houston, Los Angeles and elsewhere. “And you can see it in the increasing rate of positives.”

More than 20 percent of tests in Arizona are coming back positive now, she said. “Public health officials tell me that when you’re doing the appropriate amount of testing, it should be around 2 percent,” she said.

An aide to the mayor said that FEMA had responded to the city’s most recent request by saying the agency was “getting out of the testing business.” Maricopa County officials were told the same thing when they asked FEMA for help, the mayor said.

Cases have doubled in Arizona in recent weeks; more than 3,400 new cases were announced Sunday. The state marked a record on Saturday with 3,182 confirmed and suspected virus hospitalizations.

“I hope they understand what it’s like out here,” Mayor Gallego said. “I wish I could have the president with me as people fill their cars with gas so they can wait in lines for eight hours, while they’re sick and it’s 110 degrees outside,” to get a test.

“This is not just a Phoenix problem,” she said. “I think many communities and people across both parties would like to see the federal government play a role.” 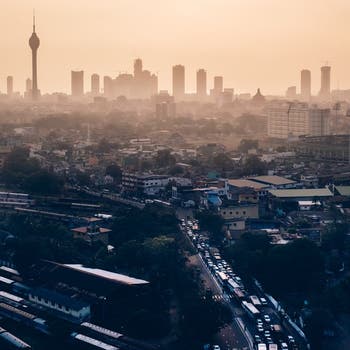 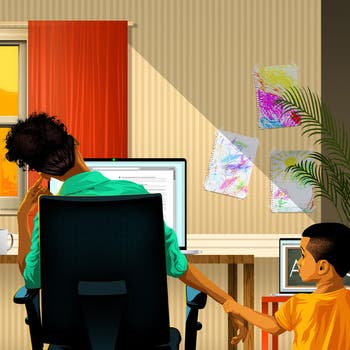 In the Covid-19 Economy, You Can Have a Kid or a Job. You Can’t Have Both. 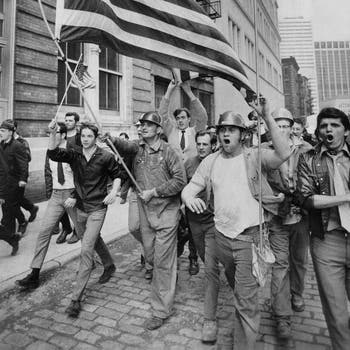 Vice President Mike Pence, who visited Phoenix on Wednesday, said last week that testing was readily available to anyone in the country who needed it.

An administration official said the federal government is working to resolve Arizona’s need for testing supplies and that the city should work through the state to get the help it needs.

“We do have one hopeful note,” Ms. Gallego said Sunday afternoon. After she raised the issue on TV, she said, “The White House reached out and said they’re interested in more information, and would try to see what they can do.”

ARIZONA ON EDGE
The state, which reopened quickly and widely, has sent mixed messages on everything from the use of masks to enforcement of social distancing rules.

Health experts push back on Trump’s false claim that 99 percent of U.S. infections are ‘totally harmless.’ 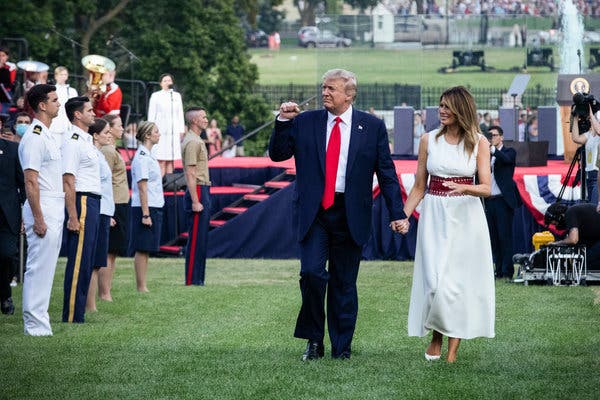 Public health experts and officials on Sunday disputed President’s Trump’s characterization of the seriousness of the coronavirus.

In an Independence Day speech on Saturday at the White House, Mr. Trump sought to dismiss widespread criticism of his administration’s slow and ineffective response to the virus. He repeated his false claim that an abundance of testing made the country’s cases look worse than they were, and he asserted that 99 percent of the nation’s cases were “totally harmless.”

Cases have risen steeply in recent weeks, and infections announced across the United States last week totaled more than 330,000 — a record high that included the five highest single-day totals of the pandemic. On Sunday, more than 40,000 new cases had been announced nationally by evening.

On Sunday, the former F.D.A. commissioner Dr. Scott Gottlieb said that “certainly more than 1 percent of people get serious illness” if they are infected. Speaking on the CBS program “Face the Nation,” he estimated that when all cases were counted, including asymptomatic ones, between 2 and 5 percent of infected people become sick enough to require hospitalization.

Dr. Stephen Hahn, the commissioner of the Food and Drug Administration, sidestepped repeated questions about that statement on three television news shows. “I’m not going to get into who is right and who is wrong,” he said at one point.

Dr. Hahn told CNN’s Dana Bash that it’s “too early to tell” if it’s safe for Republicans to hold their convention in Jacksonville, Fla., next month. “We’ll have to see how this unfolds in Florida and elsewhere around the country,” he said.

Even some Republicans pushed back at the president’s assertions.

“The virus is not harmless,” Miami’s mayor, Carlos Giménez, said on “Face the Nation,” noting that positivity rates in Miami-Dade County — the share of coronavirus tests that come back positive — were now above 20 percent. Florida has reached record highs for new cases several times in the past 10 days, reporting more than 11,400 new cases on Saturday alone, according to a New York Times database. More than 10,000 new cases were announced in Florida on Sunday, and the state has now had over 200,000 total cases.

Dr. Ashish Jha, the director of the Harvard Global Health Institute, said improvements in care may have caused the decline, but also described deaths as a “lagging indicator.”

“By the time somebody gets infected, it takes a couple weeks before they get hospitalized and get really sick, and another week or 10 days before they die, ” he said.

He also said that many of the people now being infected were younger adults and less likely to develop severe illness.

Studies that have calculated the death rate based on broader antibody testing that takes silent cases into consideration suggest an infection death rate of less than 1 percent, Dr. Jha said.

“It’s always tricky to do this in the midst of a pandemic,” Dr. Jha said. “There are a lot of factors that go into it. But let’s say you took 1,000 Americans at random who were all infected. Our best guess is that between six and 10 would likely die of the virus.”

And the death rate does not capture all of the harm caused by the disease. As many as 15 to 20 percent of known Covid-19 patients may require hospitalization, and of the group admitted, 15 to 20 percent are transferred into intensive care, according to some estimates.

And many who have recovered are still struggling to regain their pre-disease lives, and may face long-term health issues. 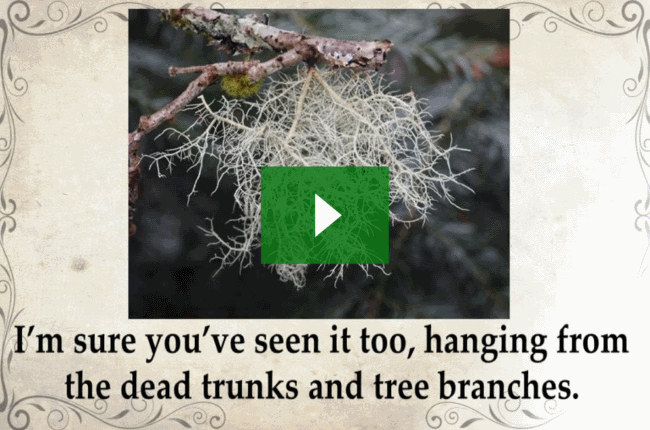