If the U.S. economy was heading into an economic collapse, we would expect to see a slowdown in the employment numbers, and that is precisely what is happening. According to payroll processing firm ADP, the U.S. economy only added 27,000 new jobs in May, and that is way below the number that is needed just to keep up with population growth. Of course some in the mainstream media are attempting to put a positive spin on this, but there really is no denying that this is a truly awful number.

In fact, we have not seen a number this bad in more than 9 years. 9 years is a very long time, but this terrible employment number is perfectly consistent with all of the other horrible economic numbers that have been rolling in lately. Time after time in recent weeks I have been using phrases such as “since the last economic collapse” to describe what we are witnessing. The U.S. economy has not been in such rough shape in nearly a decade, and things just keep getting worse. So how did Wall Street respond to the latest employment news? Actually, stock prices surged, because investors are super excited about the prospect that the Federal Reserve could soon lower interest rates. Pushing interest rates all the way to the floor certainly helped the stock market recover after the last recession, but this time around there is a major twist.

The U.S. is currently engaged in a major trade war with China, and the normal tools that the Fed utilizes may not be powerful enough to overcome the negative effects of such a conflict. And to make things worse, now the U.S. is also starting a trade war with Mexico. On Wednesday, President Trump made it clear that “not nearly enough” progress had been achieved during negotiations with Mexican officials. Of course the Mexicans will almost certainly retaliate, and both countries will start seeing higher prices and significant job losses. In fact, one study has concluded that the U.S. economy could lose more than 400,000 jobs as a result of these tariffs on Mexico. According to Marc Thiessen, a trade war with Mexico would literally put millions of U.S. jobs at risk… We shall see what happens, but the outlook for the U.S. economy for the rest of this year is not good at all and many experts are warning about the imminent economic collapse. Hopefully I am wrong, but it certainly appears that a major economic crisis is developing just in time for the 2020 presidential election.

“THEY” announce job creation, but never tell us how many jobs were lost. Stores closing everywhere, but jobs are created…….yeah, right.

The Wall Street has been relying on treacherously high dose of steroids for an unusually prolonged period of time… Further additional dose is definitely not going to fundamentally stop the malignant tumor from rupturing… Let’s see how the Wall Street reacts this time having put on the same critical life support?!

One of the Depression’s causes was the Dust Bowl. This decade-long drought contributed to famine and homelessness. Another cause was the Federal Reserve’s use of contractionary monetary policy. It wanted to protect the value of the dollar, then based on the gold standard. The Fed’s policies created deflation. The Consumer Price Index fell 27 percent between November 1929 and March 1933, according to the Bureau of Labor Statistics.

The effects of the Great Depression devastated America for 10 years. Housing prices fell 31 percent. At its bottom in 1933, gross domestic product had fallen 29 percent, according to the Bureau of Economic Analysis. Falling prices sent many firms into bankruptcy. The BLS also reported that the unemployment rate peaked at 24.9 percent in 1933.

Massive government spending on the New Deal and World War II ended the depression. But it drove the debt-to-GDP ratio to a record 126 percent. If climate change creates another massive drought, a Great Depression could happen again.

1970s Stagflation. The 1973 OPEC oil embargo signaled the start of this crisis. The government’s reaction turned it into a full-fledged crisis of double-digit inflation AND recession. The economy contracted 4.8 percent by the first quarter of 1974, according to the BEA. In 1975, unemployment peaked at 9 percent. Prices sky-rocketed after President Nixon untied the dollar from the gold standard. To curb inflation, he froze wages and prices. That made businesses lay off workers who couldn’t lower wages or increase prices.

What Would Happen in an Economic Collapse

If the economy collapses, you would lose access to credit. Banks would close. Demand would outstrip supply of food, gas, and other necessities. If the collapse affected local governments and utilities, then water and electricity would no longer be available. As people panic, they would revert to survival and self-defense modes. The economy would return to a traditional economy, where those who grow food barter for other services.

A U.S. economic collapse would create global panic. Demand for the dollar and U.S. Treasurys would plummet. Interest rates would skyrocket. Investors would rush to other currencies, such as the yuan, euro, or even gold. It would create not just inflation, but hyperinflation, as the dollar became dirt cheap. 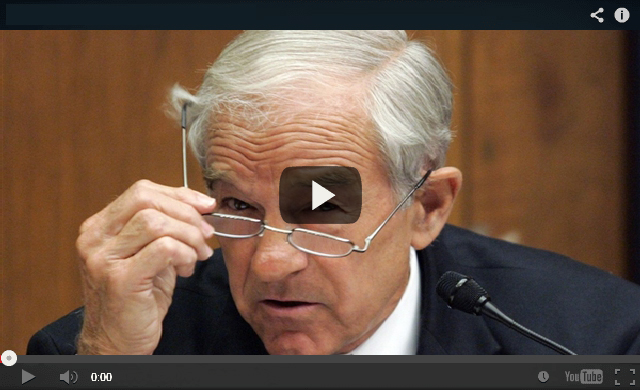 How Close Are We to a Total Economic Collapse?

Any of the following seven scenarios could create an economic collapse.

If the U.S. dollar rapidly loses value, it would create hyperinflation.
A bank run could force banks to close or even go out of business, cutting off lending and even cash withdrawals.
The internet could become paralyzed with a super-virus, preventing emails and online transactions.
Terrorist attacks or a massive oil embargo could halt interstate trucking. Grocery stores would soon run out of food.
Widespread violence erupts across the nation. That could range from inner-city riots, a civil war, or a foreign military attack. It’s possible that a combination of these events could overwhelm the government’s ability to prevent or respond to a collapse.

In March 2019, the Federal Reserve warned that climate change could threaten the financial system. Extreme weather caused by climate change is forcing farms, utilities, and other companies to declare bankruptcy. As those loans go under, it will damage banks’ balance sheets just like subprime mortgages did during the financial crisis. A study by Pennsylvania State University predicted that extreme weather in North America will increase 50% by 2100. It will cost the U.S. government $112 billion per year, according to the U.S. Government Accountability Office.
Natural disasters could cause a localized collapse. If Hurricane Irma had hit Miami, its damage would have been worse than Hurricane Katrina. If the 2019 polar vortex breakup had lasted weeks instead of days, cities would have shut down. Munich Re, the world’s largest reinsurance firm, blamed global warming for $24 billion of losses in the California wildfires. It warned that insurance firms will have to raise premiums to cover rising costs from extreme weather. That could make insurance too expensive for most people.
Some believe the Federal Reserve, the president, or an international conspiracy are driving the United States toward economic ruin. If that’s the case, the economy could collapse in as little as a week. The economy is run on confidence that debts will be repaid, food and gas will be available when you need it, and that you’ll get paid for this week’s work. If a large enough piece of that stops for even several days, it creates a chain reaction that leads to a rapid collapse.

Make sure you understand basic economic concepts so you can see warning signs of instability. One of the first signs is a stock market crash. If it’s bad enough, a market crash can cause a recession.
Keep as many assets as liquid as possible so that you can withdraw them within a week.
As for cash, it may not be useful in a total economic collapse because its value might be decimated. Stockpiles of gold bullion may not help because they would be difficult to transport if you needed to move quickly. In a severe collapse, they may not be accepted as currency. But it would be good to have a stash of $20 bills and gold coins, just in case. During many crisis situations, these are commonly accepted as bribes.
In addition to your regular job, make sure you have skills that you’d need in a traditional economy, such as farming, cooking, or repair.
Make sure your passport is current in case you’d need to leave the country on short notice. Research target countries now and travel there on vacation, so you are familiar with your destination.
Keep yourself in top physical shape. Know basic survival skills, such as self-defense, foraging, hunting, and starting a fire. Practice now with camping trips. If you can, move near a wildlife preserve in a temperate climate. That way, if a collapse occurs, you can live off the land in a relatively unpopulated area.