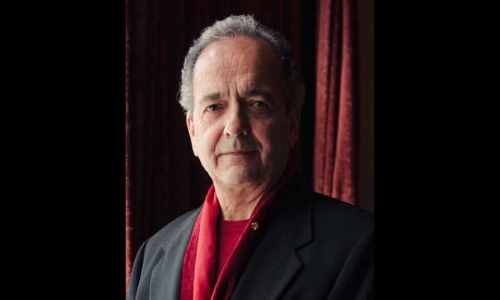 The time will come when the US dollar will collapse and be worth no more than the scrap and/or collection value of its cotton-paper and dross coins.

We are coming to a period I call “the Global Currency Reset.”

Markets will be roiled next year by a new “world disorder”, the likes of which we’ve never seen before, this according to Gerald Celente, publisher of The Trends Journal.

“People are up in arms, the world’s on fire, and what’s it all about, mostly? Income inequality, corruption, violence, I’ve never seen anything like this before. It’s the new world disorder,” Celente told Kitco News.

As talks about an economic collapse are heating up among economic experts, some believe that it might even trigger a Global Currency Reset. Basically, Global Currency Reset refers to a process where the U.S. dollar will eventually lose its place as the global currency. Instead, gold or some other instrument will be used as the new standard.

In 1944, the allied countries came together to establish a new global monetary system. Called the Bretton Woods Agreement, they decided to ditch the gold standard and use the U.S. dollar as the global currency. The U.S. benefited greatly from this new currency system and the dollar made its way into central banks around the world. In time we left the fixed-rate system.

Richard Nixon stopped backing U.S. dollars with gold globally in 1971. This was known as the Nixon Shock. Since then, the dollar and all other currencies in the world exist without any support from a hard asset like gold.After the 2008 financial crisis, experts started predicting that the current financial system was on its last legs.

Since the Federal Reserve was created in 1913, the dollar has lost 95% of its value – its worth eroded by inflation.The US debt currently sits at over $22 trillion and grows daily. In 2011 Standard & Poor, a ratings agency, downgraded US sovereign debt from AAA to a lowly A.The 2009-2008 financial crisis & stock market crash which started in the US through the sub-prime mortgage debacle, was another flag to the rest of the world signaling a move away from the dollar toward other currencies.

In 2019, global debt hit $250 trillion.Encouraged by lower interest rates, governments went on a borrowing binge as they ramped up spending, adding $3 trillion to world debt in Q1 alone.

It reverses a trend that started at the beginning of 2018, of reducing debt burdens, when global debt reached its highest on record, $250 trillion.“The IMF, the World Bank, one after another are warning of a recession.”

Last week, a central bank said gold could serve as a “trust anchor” for a renewed international monetary system, in the event of a “global reset”. In an article on its website the De Nederlandsche Bank boldly claims, “If things go wrong, prices may fall. But, financial crisis or not, a gold bar always holds value.”

We’re not sure when the global currency reset will happen, or what will be the trigger – ie. a corporate debt time bomb that could crash the global economy. Almost $19 trillion dollars of debt is owed by companies that don’t earn enough to cover interest payments.We are absolutely sure the reset (GCR) will happen and gold will play a very important role in the transition to a new world currency.

Do you know about NESARA ?

N.E.S.A.R.A is the National Economic Security and Reformation Act. It was to be announced the morning of September 11th, 2001.

How to Protect Yourself From the Next Financial Crisis?

#1 Have An Emergency Fund – This is so important that I wrote an entire articleabout this recently.

#2 Don’t Put All Of Your Eggs Into One Basket – In addition to having an emergency fund, you will also want to have gold, silver and other hard assets. It is also a very good idea to keep a limited amount of cash at home in case you can’t access an ATM during a major emergency of some sort.

#3 Reduce Your Expenses And Get Out Of Debt – During a time of crisis you want to be as “lean and mean” as possible. If you simplify your life and reduce your debt load now, you will be in much better shape when the next economic depression does arrive.

#4 Move Your Money Away From Unsafe Investments – When the financial world falls apart, you don’t want your finances to be exposed. Markets tend to go down much faster than they go up, and during the next great financial crisis millions of Americans that have their life savings in stocks and bonds are going to get totally wiped out.

#5 Store Food And Supplies – Your dollars will never stretch farther than they do right now. You probably will not need emergency food and supplies in the short-term, but the truth is that none of us ever knows when a major emergency will strike. During 2014, my wife and I felt more of an urgency to stock up then ever before, and I hope that people are using this brief period of relative stability to do what they can to get prepared.

#6 Learn To Grow Your Own Food – Anything that you can do to become more independent of the system is a good thing. This includes growing your own food. And the truth is that some of the most expensive items in the grocery store these days are fresh fruits and vegetables.

#7 Defending Yourself And Your Family – As our world become increasingly unstable, people are going to become a lot more desperate. And desperate people do desperate things. You are going to need to have a plan for that.

#8 Move Away From The Big Cities If Possible – For a lot of people that are dependent on their current jobs, this is simply not possible right now. But if it is possible for you, this is something that I strongly recommend that you think about. Being stuck in the middle of a major city is not going to be a good place to be in the years ahead.

#9 Be Ready To Bug Out – There may come a time when you are forced to evacuate from your current location. This may happen with very short notice. If this ever does happen to you, the key will be to be prepared for it.

Lightsticks. You can pick up one of these every time you wander into a Home Depot. They don’t need batteries and can be hung around the neck with a string making it easier to spot everyone in your party when it gets dark. An alternative is the UVPaqlite, which never needs batteries.
Wool socks and sweaters. People have literally frozen to death wearing their layers of cotton knit tees and hoodies. For true survival conditions, nothing beats wool.
Upholstery needles and thread. What if a sleeping bag or tent rips and you have no way of mending it?
Roll of quarters. Handy for phone calls, although payphones aren’t as common as they used to be, and laundromats, but if you put it in a sock and wield it like a sling, you have a handy-dandy weapon! If the quarters are pre-1965 and 90%silver, you have a whole new type of currency.
Pencils. Forget the pens. They can run out of ink and freeze in cold weather. With a pocket knife, you’ll always have a sharp pencil.
Super glue. Professional hockey players always have this on hand to seal up small cuts, and the glue itself is harmless. Unless you get it in your eye, like I did. But that’s a story for a different type of post!
Rubber bands. String just doesn’t cut it when what you really need is a rubber band
Tampons in a cardboard tube. Did you know a tampon can be fit snugly into a bullet wound? Guys on the battlefield carry these with them. Just be aware that the blood in the wound will begin to clot. Leave it to a medical professional to remove the tampon from the wound. They’re also good for kindling.
Paracord belt. It’s an accessory and survival tool in one!
Waterproof wrist watch. Makes perfect sense. I had just never thought of it.
Animal repellant trash bags. Use these when you’re camping and animals will stay the heck away from your trash.
Safety pins.
Dental floss. Besides helping to keep your teeth clean, it makes sturdy thread for mending.

Build a library of books on eatable plants, gardening, animal husbandry, and blacksmithing. Put together a first aid kit.

Jim Rogers Warns : This is a Financial Crisis Like No Other – Preparing for Economic Collapse