Housing Market Crash 2.0 , Will Be The Biggest Crash in History!! 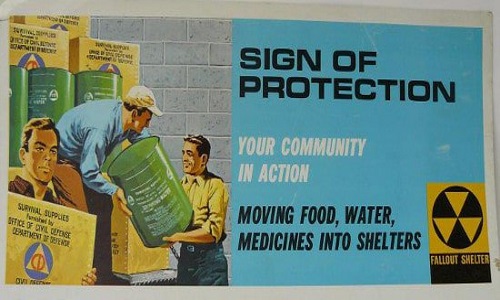 Unemployment could top 32% as 47 Million workers are laid off. National Restaurant Association has said that up to 7 million could lose their jobs in the next three months. That equates to nearly half of the restaurant industry. Ten Million applied for unemployment in the last two weeks.

Millions out of work, Trillions being printed, Landlords forgiving rents. The real estate bubble is popping. Housing has been in a bubble since 2009. It is definitely time for housing prices to come back to earth. The rent has been too damn high for too long. The unemployment rate today overshadows 2008. This will cause the real estate market crash at record speed.

This market, once again, was well overpriced! It only took people and banks 12 years to get back into this problem again. It’s inevitable. The housing crash is coming. One major difference between Housing Market Crash 2.0 and the last time is that this one is already global. The last one started in the US and mostly stayed in the US. THE GIANT “MONOPOLY GAME” is ending. The economic system based on FIAT currency & FINANCIAL smoke & mirrors is collapsing! We have Privatization of profits, socialization of losses. The Biggest Ponzi ever concocted on the backs of US taxpayers to make the rich richer.

This is not just a depression. It will be the greatest depression ever. Rising home prices from the low in 2012 have not benefited anyone but the government. They reap higher taxes. Cities are going to get crushed by lost tax revenue. Expect them to crank up fines, fees, and citations.

They will squeeze the lemon until there is nothing left, then they will go bankrupt. Entitlements checks will be used for everything but rent. The Monetary rats are already looting and leaving the sinking ships. Most people that rent are lower-income earners. There is going to be many hard choices to make . The $1200.00 won’t go very far . People will have to make a choice between car payment rent food or phone bill . I wonder which one wins.

Most people think that landlords are rich and can afford the losses, unlike the renters. Excess leverage is good until it’s not. Most small investors are already leveraged to the Tilt. Many Airbnb hosts are leveraged up to their eyeballs right now! The Airbnb supply is going to be huge.

There are morons that are heavily leveraged with 5-6 units that are probably crushed right now. Already seeing an influx of properties (previous Airbnb) come into the market. Rental prices have already come down. It’s a domino effect, from the tenants to lenders or banks! We’re in for a 50% property market correction. The housing market is already in free fall. Even the handful of people who still want to buy a house in the current state of things are being forbidden to look at houses or meet with a realtor.

People currently in houses on which they can no longer make the mortgage payments will not be able to sell, so the banks will begin foreclosing on a massive scale. Most of America’s suburbs will soon look like Detroit, with more boarded-up houses than homes that are occupied. Tent cities will proliferate. And all because Washington has imposed a nationwide quarantine that has caused American business and industry to grind to a halt. But don’t worry, the Fed is doing everything it can to keep stocks and housing prices unaffordable at the expense of putting 90 percent of the people on the street.

Easy loans are given to those who do not qualify. This is sustained until the amount of real estate under risky loans is massive. People fail to pay their loans. Foreclosure leads to the rich rewards of Banks taking control of real estate worth far more than the sum total of risky loans.

This is called “Predatory Capitalism.” The goal was to use the least amount of money to gain the most amount of real estate. And let the buyer be damned. Imagine all the cities and counties counting on increasing market prices for more tax revenue. BOOM! Services decline to save for funding government pensions. Here’s what is going to result from the pandemic and shutdown. Tens of millions will be unemployed, 25 to 30 % of the workforce. Jobs at restaurants, bars, theaters, retail stores, gyms, hotels, airlines, realtors, hair salons, spas, domestic workers, etc… People that own some of these businesses throw in there, uber and lyft drivers, landlords, etc… Huge disruptions.

Many of these won’t be able to make their mortgages. Short sales, foreclosures, and folks that have Airbnb’s will flood the inventory, prices will drop. It will take a decade for the market to recover, even with government intervention. The Housing Bubble 2.0 is LONG overdue for a big crash. The powers that be just keep trying to juice the dying junkie. Who wants to buy a house during this crisis anyway.

The lack of demand alone will cause houses prices to drop over time. And we are just getting started. Let’s see how things go in 6 months. Imagine this crisis lasting 18 months. All home flippers will be screwed. The foreclosure freeze only applies to homeowners.

These same people will default on all of the mortgages at once by the end of the summer. All homes have little to no equity because it was all cashed out to buy more houses. It is actually the Mortgage Applicant who creates the money from the bank with their own Signature! Thin Air, if you will. We will see tens of millions out of work. I expect to see the bottom fall out of housing much faster than it did in 2008 to 2012 bottom . Just like the stock market peeled off 30% in 3 weeks . The fastest and most aggressive stock market slide in history. We are in uncharted waters here .

The debt load and leverage — the insolvency on all levels. And now we are in total economic shut down. And this won’t be like turning a light on and off . Think about the economy turning on like an old car in the dead of winter that has been sitting in the driveway for a week. The last real estate bubble started off one year of zero % rates trying to save the stock market from the dot com crash . The bubbles today are exponentially worse — built on eight years of 0% rates . The damage will be worse, and the pain will come much quicker than anyone is expecting. A debt-ridden mess with both consumers and the government buried under mountains of debt. A wild and reckless Fed Bank that became the great enabler for the congressional spenders (both parties), and for the masses.

A Fed that ruined regular Main Street savers in order to pump up a stock market for the wealthiest 10%. The greatest wealth disparity in history through massive stock market bubbles created with trillions in corporate debt. Bailouts for big business and bankers and the little guys get pennies. Foolish consumers borrowing for things they don’t need and can’t afford. Trying to pay for endless wars while running up Trillion of dollars deficits year after year.

This is just the end of the road of a lifetime of moral hazards, freebies, bailing out the unprepared, lowering interest rates to zero, government intervention run amok, central planning, inflation, printing money to infinity, and a general “we want something for nothing” mentality. It’s all a zero-sum gambling game . No contribution to the general economy – quite the reverse. JP Morgan’s recent winnings have taken 1.5 billion out of other folks’ hands. Probably those failing hedge funds . Just a cash shuffle and Goldman is right up there . Skimming and gambling – just taking money out, stealing, because they can – no benefit to us in return. Amazing that it’s allowed to go on. Just private gambling with our money and with no contribution to real wealth. No real connection to reality on the ground anymore. If printing money was the key to prosperity, we’d all be applying for Zimbabwe citizenship right now.

The stocks usually drop overnight; but the home prices may take a few years. The key is to be liquid at that bottom. It is tough but can be done with budget and patience. I imagine the three-month mortgage deferrals and stimulus in the US will help offset the crash to some degree. But in the near future ,we will see housing values plummet. The housing market crash is the likeliest outcome. Landlords who over-leveraged will fail. Landlords who built up healthy cash reserves will be fine. This thing is nothing like the seasonal flu. It will continue to kill scores of people. Stay safe out there, everyone. Home prices will fall, eventually, and significantly! Their efforts only postpone it. Income and property taxes are coming due. This is going to be a crusher for many. It is inevitable. It will come slowly. Look out for the next 4 – 8 months. Even now, selling real estate is havoc. The ones who capitalize and buy at low prices will come out of this recession wiser and richer.

This housing crash will be way worse than the 2008 crash. This time , it is the Everything Bubble that is popping. This time, everything is going down for its own reasons. The overall crash from everything going down will be much worse. Last time, everything else that crashed went down because of real estate. Real estate caused derivatives to crash and sucked banks down and caused other financial and insurance institutions to crash. The failure of banks and other institutions caused stocks to crash. This time banks, bonds, derivatives, and stocks are going down for their own reasons (due to the Fed sucking out the liquidity that inflated them), even if the real estate didn’t fall at all. By the time all of that finishes failing, the real estate will fall lower in price than last time because of other things bringing real estate down further.

Eventually, the crash will be so chaotic it may not even be possible to tell how much real estate failed because of being its own bubble ;and how much of its fall was due to the wealth destruction caused by everything else’s failure. It will be much worse than last time. It will be nothing like 2005-2009. It will be much worse. When the money stops flowing, there’s a domino effect. Our entire financial system is a fraud based on gambling, and the sole purpose of the Fed is to keep the game going. The banks are constipated, at least they won’t be needing toilet paper. Banking is a large Ponzi scheme. One thing this pandemic taught us is that, jobs aren’t so secure in a pandemic, and neither is real estate, nor business owners or investors. But this is the time where the tough get going and make things happen. If you’re watching this video, you are tough, you got this, and you WILL get through this. Buy gold. Because ultimately, the government will grab all properties. 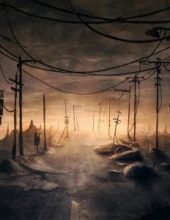