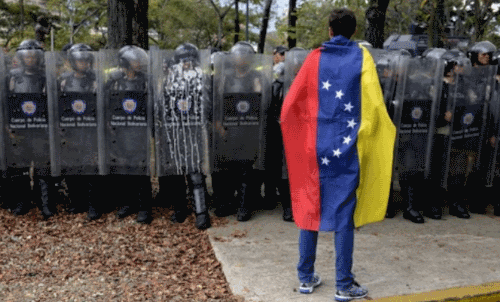 If an economic system collapses in the woods and no one is paying attention, are there any consequences outside the woods? Well, yes, of course. As with most situations financial and global, however, consequences are not usually taken very seriously until they have spawned a vast bog of sewage we all have to then swim through.

The issue is and always will be “interdependency,” and the dissolution of sovereign borders. Take a close look at the European Union, for example.

You have a large network of fiscally interdependent nations struggling to maintain a sense of principled identity and heritage while participating in the delusion of multiculturalism. You have a system in which these nations are admonished or even punished for attempting to become self-reliant. You have a system which encourages a Cloward-Piven-style forced integration of incompatible cultures. You have unmanageable debt. You have a welfare addicted socialist population plagued by naive assumptions of entitlement. And on top of it all, you have a political structure dominated by cultural Marxists who would like nothing better than to see the whole of the old world go down in a blazing inferno.

This EU dynamic can only end in one of two ways — the complete dismantling of the supranational body and a return to sovereignty, or, a socio-economic crisis followed by even more centralization and the end of all remnants of sovereignty. Either way, the consequences will not be pretty.

In the EU there are particular nations that are being exploited by globalists to initiate greater disaster in the overall region. As Wikileaks exposed in transcripts of IMF discussions on Greece, the plan has always been to create enough chaos to drive fear into the general populace. Fear that can be used to manipulate the masses towards handing even more administrative power over to those same globalists. They know that a fiscally-tiny nation like Greece can still do kinetic damage to its neighbors because its neighbors have weak foundations. One domino sets off the chain.

The same strategy may also be used in the Western hemisphere; more specifically, the collapse in South America that almost no one in the mainstream seems to be paying much attention to. While mainstream coverage sometimes looks at each South American nation as an isolated case, none of the coverage examines these crises as an interconnected breakdown, and they certainly do not suggest any future ill effects to the U.S.

First, lets take a look at some of South Americas most important economies and why they are on the verge of an epic catastrophe.

The crash of oil prices from more than $100 per barrel down to around $40 per barrel or less has annihilated oil-dependent Venezuela, a country already in financial turmoil. Overprinting of currency has been the only “solution” offered so far. Hyperinflation is now taking hold with theIMF warning of a 720 percent increase this year.

Currently, necessities are being rationed while a growing number of citizens are left empty handed.

Many food purchases in Venezuela require an electronic ration card. Shoppers are forced to wait in long lines for hours just for a chance to purchase staple items that may be sold out by the time they get their turn.

The government under Socialist President Nicolas Maduro has nationalized all food and medicine distribution, and is currently instituting rationing of electricity, and even time! A two-day work week for public sector workers is now in force. Private companies are being asked to use their own generators to continue operations rather than relying on the grid.

Disaster in the nation is inevitable and a general collapse is likely to occur this year.

Brazil is simply a mess, and a perfect example of why the recently established BRICS “bank” has always been a farce and will never be competition to the IMF (Not that this was ever the intention, as I have proven in numerous articles on the false East/West paradigm. The BRICS bank works WITH the IMF, not against it).

Brazil’s national debt has doubled in the past five years and officially the economy is set to shrink by 3.5 percent in 2016. In the meantime, Brazil’s currency has recently hit record lows against the U.S. dollar as devaluation begins to sting.  At the same time, currency devaluation has done nothing to help Brazil’s ailing exports.  The country can barely keep its own economy stable, let alone participate in a global banking venture in “competition” with the IMF.

As often happens during economic crisis, political chaos is taking hold. A whole host of criminal misconduct and corruption charges are being fielded against president Dilma Rousseff as impeachment proceedings gain momentum.

Perhaps not surprisingly, at least three of the politicians in line to take over Rousseff’s position are ALSO under investigation for criminal activity.

Brazil is set to host the Summer Olympics in Rio this year, but all indicators suggest that they will be fiscally incapable of adequately paying for the infrastructure improvements required for the games to proceed.

Argentina has been in and out of economic crisis consistently since 2002, and beholden to the IMF for almost as long. Argentina’s original collapse in 2001/2002 is a commonly-used example of a modernized and Westernized economic system suffering from a high-speed financial disaster that was mostly hidden from the public until it was too late.

Today, Argentina’s new government has yet again chosen to do what most establishment-controlled governments do when the economy is in decline — they hide the numbers. Though government officials have claimed a reduction in Argentina’s poverty rate, other sources indicate it has actually soared this year to more than 32 percent of the population.

This poverty is compounded by heavy price inflation. Most goods and services in Argentina currently inflate in price by approximately 35 percent annually.

Though Argentina has recently restructured its debts and is now able to issue treasury bonds for sale again, essentially all of the capital gained through bond sales is used to pay back creditors from past economic crises. Under these conditions, it is only a matter of time before the country suffers yet another breakdown.

Much of South America is on the verge of financial chaos, but I have focused on the three countries above because they are the most influential on the continent as a whole. As goes Venezuela, Brazil and Argentina, so goes South America. That said, what does any of this have to do with the U.S.? Why should we care?

Various nations within South America are always experiencing intermittent crisis, and one might argue that this mattered little to the U.S. in the past. But what we are witnessing now is not an isolated collapse in a single country, but collapse conditions in all of South America’s major economies with weakness prevalent in most other nations. Like the EU, South America seems to be a powder keg waiting for a spark.

The U.S. itself is not far behind in terms of an economic breakdown and this could be exacerbated by fiscal chaos in the south. As for how this effects the U.S. in other ways, here’s where things get a little weird…

In the wake of the Iran/Contra hearings, the exposure of documents pertaining to a program called “Rex 84”, part of “Operation Garden Plot”, hit the mainstream news. Rex 84 stood for “Readiness Exercise 1984,” and was a continuity of government program designed to lock down the U.S. under martial law during “civil disturbances.” This included the power of government to forcefully relocate large populations from their homes or even detain large populations at will. You can read the original Rex 84/Operation Garden Plot documents in PDF form here.

Though Rex 84 was launched decades ago, the program never actually went away. All responsibilities pertaining to Rex 84 are now under the oversight of the Department of Homeland Security and Northcom.

One of the primary “disturbances” mentioned as a rationale for Rex 84 was a “mass exodus” of immigrants from Central or South America across the U.S.-Mexico border.

The exposure of Rex 84 was probably the primary catalyst for the growing concern over “FEMA camps,” as the program demanded mass internment of “dissidents” and immigrants. As we know well after the events in New Orleans during Hurricane Katrina, FEMA “camps” are not necessarily places that are pre-established. Rather, an internment camp or detention facility can be erected in mere days by federal agencies anytime, anywhere. For those that think the idea of internment camps is a thing of the past, watch as Gen. Wesley Clark offers this very idea as a response to those he considers “disloyal to the U.S.”

I would suggest that the provisions of Rex 84 are an integral part of the establishment apparatus, and that they fully plan to utilize them in the near future. For Europe, Rex 84-style measures may very well be used in response to the continuing flood of millions of Muslim immigrants with no intentions of integrating with the existing European population. And certainly, many people might cheer those measures. A few more terrorist attacks and watch how quickly the socialist majority rescinds their welcome. Keep in mind, though, history shows us that the destruction of freedom for one broad group invariably leads to the destruction of freedom for all.

In the West, a South American collapse will likely lead to our own mass flood of illegal immigrants in addition to the millions already crossing our borders.  One must also consider the probability of ISIS fighters mingling with these immigrants. This would be a crisis in direct proportion to that of Europe. Take note that in the U.S. and Europe the respective governments have ENCOURAGED mass migrations from cultures with little to no respect for the values and principles of the host nations. An economic crisis would only expedite the disasters they have already started.

Again, many Americans might cheer for mass detentions in the wake of an immigration threat, but in the end, the “defense” of U.S. borders would be used by the establishment to rationalize unconstitutional actions against everyone. I have outlined the threat of a South American exodus to our borders in the hopes that if and when it occurs, people are not so stupid as to turn to the government for help, the same government that aided in creating the calamity in the first place.

Expanded government power solves nothing in the long run, regardless of who is in office at the time (this includes Trump). Independent and sovereign action is the only answer. Individuals, counties and states securing their own borders. Whether it be in the face of a collapse in South America, or any other Black Swan event. Keep the feds out no matter the supposed threat. Never invite the vampire into your house.

You can read more from Brandon Smith at his site Alt-Market.com. If you would like to support the publishing of articles like the one you have just read, visit our donations page here.  We greatly appreciate your patronage.