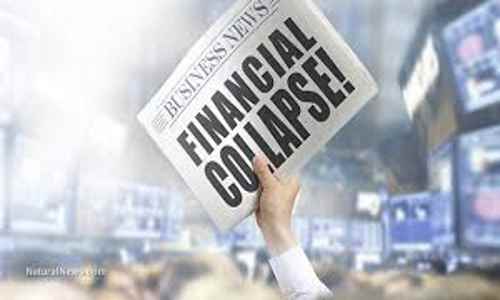 
I say this because this is around the time that the Chinese economy will surpass the United States, the Shale Boom will have exhausted itself and our OPEC allies will be a good little way past peak oil (R.I.P. Petrodollar). China has already started trading their oil in their own currency and stopped buying U.S. debt, so their clearly preparing for it, and wisely at that. The European Union has also cut out the USD from currency transactions with China or something like that, so they're preparing as well.
While the crash of the USD is possible, I'm MUCH MORE concerned (since it's the most probable outcome) about us loosing our Reserve Currency status (and sadly it's looking inevitable). The last time this happened, with the transition from the Pound to the Dollar, the global economy was sent into a recession. This will be no different. And if we crash completely, than we're looking at a global depression, the likes of which have been unseen since the 1920s.
The real question though, is who will replace us as the world's Reserve Currency? The only two viable options at the moment are the Euro and Chinese Yuan. And honestly, we're (the United States) are going to surpass the E.U.'s economy by 2020, not to mention Europe itself has a aging population. So, really my bet is on China. But who knows; it'll be a multi-polar world by then. There will be no super power by 2030, just great powers: the United States, the European Union, China and Russia (with Brazil & India coming up the rear).

READ : 16 Signs That Most Americans Are NOT PREPARED For The Coming Economic Collapse
By this time however, I believe, or at least hope, we can get our debt in order. We were able to do it Post-WWII, and if anybody's been paying attention, we have been getting our deficit spending down to a manageable degree. The Shale Boom, while environmentally fucked-up because of fracking, should keep us going at least until 2030, at which point, I believe, we'll pass the torch to China.
And at that point the world will be so different I hate to predict. It'll be a whole different landscape, a multi-polar world with no singular or two competing super powers. Probably one centered around Asia, hence why some have started to call the new century the "Asian Century". The great powers of the future, in my opinion, will be the United States, China & European Union (with Brazil & India coming up from behind).
But here's my dilemma: We can do that WITHOUT nanny state bullshit or authoritarian shit like the NDAA. There's no need for it. We can secure our realpolitick interests without resorting to becoming a police state.


Economic catastrophes like the Great Depression would have happened far more often.  Recessions are mostly caused by a sudden change in the value of money, when prices (& wages & debt) are "sticky", and can't adjust quickly enough to the new value of money.  Thus those various markets (labor, credit) are out of equilibrium, and we get recessions, with a drop in output and a rise in unemployment.

These business cycles would have been far more frequent, and the economic pain far deeper, if the US had remained on the gold standard.  Instead, with fiat currency, the Fed has the ability to run monetary policy, and stablize the value of the dollar as economic conditions change.

The Fed has actually done a fairly poor job of it.  (Bad Fed events: Great Depression in the '30s, stagflation in the 70's, Great Recession in the last five years; … good Fed events: stable economic conditions 1980-2005.)  But at least there's some hope that good monetary policy can smooth the business cycle.

So, moving to a gold-backed currency might create more exchange rate stability if you could persuade, say, China, to adopt it as well. However, why would the Chinese leadership want to accept a set of constraints?

Moving to a gold backed economy would help prevent the politicians from spending money, simply because  they can't print it at will.

I don't see thus as a bad thing.

The government its a notoriously bad allocator of capital. I'd you don't believe that, then you need to google 'socialism' and 'communism'!

HOW TO SURVIVE THE COMING GLOBAL BANK SUPER STORM WITH PETER SCHIFF. Legitimate concerns about a coming global bank super storm have investors and families on edge. Peter Schiff, CEO and chief global strategist of Euro Pacific Capital, joins Gary Franchi to provide his insight and strategies to weather the storm. 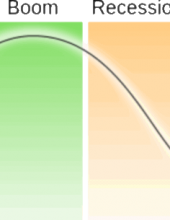 If Economic Cycle Theorists Are Correct, 2015 To 2020 Will Be Pure Hell For The United States