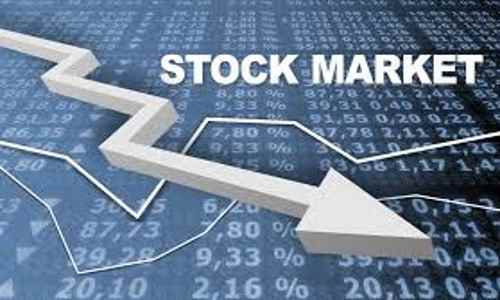 Trader and analyst Gregory Mannarino says what is going on today with the FBI refusing to indict Hillary Clinton is nothing new when considering the “fall of empires.” Mannarino explains, “This is a cycle, and we are seeing several pieces fall into place regarding the political system and the financial system that we have seen over and over again. There is a lifespan of an empire . . . at the top of every empire . . . there is an issue of the financial system, and there is an issue with the political system that becomes absolutely corrupt.

This is why this announcement (FBI not indicting Clinton) came. Again, this is political corruption. It’s not just here in the United States, but globally it is flashing red across the sky. . . . I think they are well aware that the whole system is going down. The collapse of empires is upon us. . . . We are in an environment that globally we have never seen before. With what we are seeing in the United States with the corruption in politics, we’ve seen that before. Every great empire, right at the top, the two key elements that appear are financial system on the edge and political corruption trying to patch it all together.

That is something we see over and over again throughout history.” So, what’s new? Mannarino contends, “We are in uncharted territory. It’s occurring right under everybody’s nose. Barely anyone is aware of what is going on because it’s not getting any media coverage. There is this phenomenon where trillions of dollars of currency are being moved or rushing towards the debt market that is squeezing bond yields to historic lows. We are making history in the United States for the second week in a row, and I am talking about the bond market. Last week, we hit an historic low with regard to yield. People are so desperate, people are so desperate they are willing to accept negative returns.

This is how desperate they are. . . . This is, and I can’t stress this enough, this is the biggest red flag I can possibly imagine. We are on the cusp of some event that is going to change the landscape of the world.” On the banking system, Mannarino says, “The system is completely illiquid. . . . The total amount of cash (according to the Federal Reserve) that is printed, that you can hold in your hand that is in circulation around the world, is $1.4 trillion. The rest of it is just credit and debt ($19 trillion current national debt). If you want to talk about unfunded liabilities, you are talking more than $100 trillion. So, how can this ever be paid back? We have $1.4 trillion in actual cash.

That is all that exits on the earth. How can $1.4 trillion in actual cash ever pay back this debt? Let me put this another way. The commercial banks say they have $11 trillion in deposits. How can they have $11 trillion in deposits when there only exits $1.4 trillion? It is a liquidity problem. The banks are insolvent. They are absolutely insolvent. They do not have the cash. You can understand where this is going, and this is a global phenomenon that we have never seen before. Cash moving into the debt market like this is unprecedented, and it is getting no media coverage.” The other warning sign that something is very wrong can be seen in the price of gold and silver. Mannarino says, “Both gold and silver, since the beginning of this year, have taken off like rockets, and they are not going to stop.

READ MORE : The Economic Collapse Dominoes Are Beginning To Fall – Prepare Yourself The Storm is Coming

This environment is on the edge. . . . These are monetary metals. People refer to them as precious metals. They are real money, and they have been real money for thousands of years. No central banker is going to make it different just by saying they are not money. The system is illiquid, and the banks are insolvent.” The real cost will be in lives lost. Mannarino contends, “We have seen debt rise in tandem with human population. We understand the debt is not sustainable, and we understand the world central banks are going through very desperate measures to try to keep that debt bubble sustained. The debt bubble is the greatest threat to humankind—bar none. It is greater than a nuclear exchange. There is going to be a point when we cannot borrow anymore from the future. When that happens, the debt bubble pops, and we get a correction in human population. Millions and millions of people are going to die.”