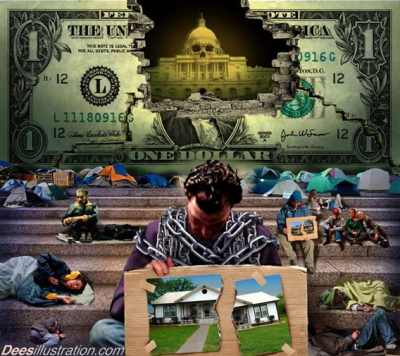 Along with Rush Limbaugh and Sean Hannity, leading conservative radio host Mark Levin reaches tens of millions of listeners weekly, and what he talked about recently on his nationally syndicated show has sent shivers down the spines of many of them.

A few years ago this was fringe theory, restricted only to the sphere of alternative (conspiracy) news.

Warnings of a massive economic collapse, government stockpiling of weaponry, and the idea that Americans could be broadly classified as terrorists and then detained indefinitely or killed often fell upon deaf ears.

Today, as more information ‘leaks’ into the mainstream, it is no longer just conspiracy theory. We now have some of the most influential journalists and commentators in the country alerting Americans to the possibility that everything the government has been preparing for the last several years may soon be realized.

I’m going to tell you what I think is going on.

There is no other explanation for this.

The Pentagon and military have been war-gaming large-scale economic collapse and civil unrest for nearly four years. Those within our government who understand the ramifications a massive breakdown in our systems of commerce, transportation and justice are preparing by stockpiling weapons and ammo, tens of millions of food rations, and even emergency shelters. They are spending hundreds of billions of dollars on continuity of government programs and exercises, preparing for what they know is coming.

Now why would the government be doing this if there wasn’t a reasonable chance that such events could come to pass?

We’ve urged our readers to prepare a well thought out contingency plan for the very scenarios our government is spending your hard earned tax dollars on.

The government may be stockpiling and preparing, but understand that none of these emergency supplies are reserved for you and your family. Only essential personnel involved directly with government operations will have access to these critical survival supplies.

So you’d better have your own reserves. For those who fail to prepare, it will be horrific.