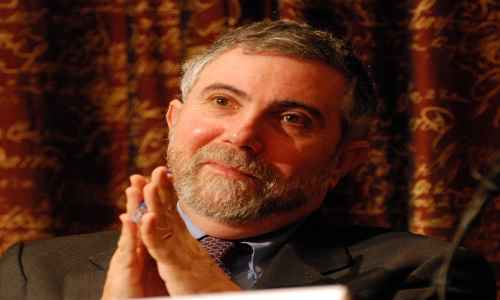 There is a growing consensus that once the next economic crash finally arrives that it will be significantly worse than what we experienced in 2008.  This is something that I have been saying for a very long time, but now even mainstream economists such as Paul Krugman of the New York Times are admitting the reality of what we are facing.  And without a doubt, the stage is set for a historic collapse.  We are living at a time when everything is in a bubble – the current housing bubble is much larger than the one that collapsed in 2008, student loan debt has now surpassed the 1.5 trillion dollar mark, corporate debt has doubled since the last financial crisis, U.S. consumers are 13 trillion dollars in debt and the federal government is nearly 22 trillion dollars in debt.  And even though stock prices have fallen dramatically in recent weeks, the truth is that stocks are still wildly overpriced.  What goes up must eventually come down, and Paul Krugman insists that we “are poorly prepared to deal with the next shock” and that “there’s good reason to think it will be worse”…

You know that it is very late in the game when even Paul Krugman can see what is coming.

Meanwhile, a stunning new study that was just released came to the conclusion that the globe is heading for “a massive worldwide financial meltdown” that will be unlike anything that we have ever experienced before…

Previous crashes will appear as “minor stumbling blocks” in comparison to what nuclear scientists are predicting as a massive worldwide financial meltdown “such as never before” in the mid-2020s. Analysts from the Institute of Nuclear Physics of the Polish Academy of Sciences in Kraków are forecasting the future of the global economy as “extremely bleak” as “nervousness of the world market is growing all the time”. The academics’ “catastrophic” predictions come from “multi-fractal” analysis of financial markets published in the journal Complexity. The researchers looked at various economic measures, including Standard & Poor’s 500 index – the largest global stock market index including the largest 500 firms, largely of a worldwide nature – from January 1950 to December 2016.

It seems like everyone is in a gloomy mood lately.  Just take a look at the latest GDP forecasts.  Virtually everyone is predicting that U.S. economic growth will be way down this quarter compared to the third quarter.

Demand for Apple’s latest iPhones may be worse than previously thought.

The tech giant has reportedly issued a second cutback on iPhoneorders as a result of weaker-than-expected demand for the high-end devices, according to Taiwan-based news site Digitimes.

It follows earlier reports of production cuts for the iPhone XR and XS.

In addition, housing numbers from all over the nation are deeply troubling.  Just check out what has been happening in Seattle…

House prices in the Seattle metro dropped 1.3% in September from prior month, after having dropped 1.6% in August, and 0.5% in July, according to the Case-Shiller Home Price Index. Over those three months, the index dropped 3.5%, the sharpest such decline since December 2011, during Housing Bust 1. So home prices are beginning to unwind a historic spike. The index is now below where it had been in April. This confirms that the inflection point — when the direction changes — was in July and that conditions have deteriorated since.

For more key indicators such as this, please see my previous article entitled “11 Signs That The U.S. Economy Is Starting To Slow Down Dramatically”.

Yes, things are rapidly getting worse for the economy, but did General Motors really have to announce job cuts just before the holidays?  According to the Daily Mail, some workers were seen wiping away tears when the layoffs were announced…

Heart-wrenching photos show General Motors workers wiping tears away after the company laid more than 14,000 people off without warning and just before the holidays.

In a massive restructuring, the auto giant announced Monday that it will cut 15 percent of its workforce to save $6 billion and adapt to ‘changing market conditions’.

‘You’re going right into Christmas. You’re looking for celebration and that’s not there now,’ one GM worker told Today.

If the U.S. economy really was in good shape, this wouldn’t be happening.

But the truth is that all of the numbers are telling us that things have now shifted.  For instance, Mike Maloney believes that a decline in corporate tax receipts strongly indicates that another recession is imminent…

As Mike shows, in 14 of the last 17 times that corporate tax receipts have begun to roll over and decline, a recession started not long after. In other words…

A drop in corporate tax receipts has frequently predicted a recession.

And guess what? Corporate tax revenue has started to fall.

Unfortunately, it appears that we are even less prepared for the next recession than we were for the last one.

For some reason we are never able to learn important lessons from what has happened in the past, and now even Paul Krugman is convinced that the next recession will be exceedingly painful indeed.

A decade after the global recession, the world’s economy is vulnerable again. Ryan Avent, our economics columnist, considers how the next recession might happen—and what governments can do about it.

At Carnivore’s Bible , it really is. We love what we make. We love how we make it. We love how you enjoy it. And we love giving you hundreds of ideas for cooking it. 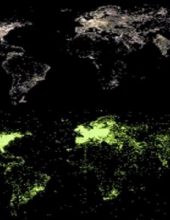