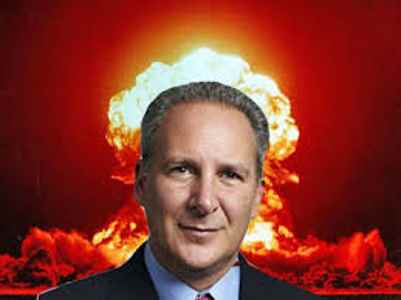 We are already in recession.Have been for long while. It is a Depression that’s coming—a very Bad one . The greatest depression in human history. Despite the Fed pumping TRILLIONS, yes TRILLIONS of dollars into the markets this week, it is still a complete and utter mess.

The global stock markets have lost over 16 trillion in less than a month. It is beginning to feel like October 1929, with the tension that was in the air, and the Fear is very similar! Watch out for people jumping out the windows.

We are already in RECESSION now, and definitely, we are headed to a DEPRESSION. The stock market is down 30 %. It’s officially a crash. Mnuchin just said he “guarantees” UNLIMITED liquidity for the markets. But the only thing they can do in this situation is to inflate. There are no products to buy and sell due to global shutdowns. Debt caused bubbles, now let’s fix them with more Debt, INSANITY.

There is a lot of talk about openly allowing the Federal Reserve to buy stocks, which they do already, but we are not supposed to know. These pumping trillions into the markets only work for a short time, and then another crash for the day develops. If market assets (debt-free) don’t flow in support of an economic activity, the only thing that remains is debt. When commerce is effectively stopped dead in its tracks. I don’t see how that reverses. Some are calling for the “pent-up-demand’ effect. I’m sorry, but I don’t see a pent -up demand for things like Sporting events, Concerts, or gasoline not burned commuting to and from work or school. Retail was already sucking wind. Only about 15% of Americans even have any notable value in the stock market. So already 80% of the public is continually getting hosed. Banks create no value; all they do is steal it.

The banking system is the next to collapse. Deutsche Bank is the canary in the coal mine. Deutsche Bank is probably valued at liquidation price right now. It’s on life support. That’s the only way it hasn’t vaporized yet. It is now $1 under the car boom threshold with only one way to go. HSBC is another one to watch, with many saying worse. Deutsche Bank and or HSBC failed Sept 17th, starting the repo crisis. This march 3rd, several more bank failures. The repo market is the smoking gun. Other banks are also down 20%. Several Italian banks are ready to blow. We have talked about Deutsche Bank before, and I said if it goes below $6.50, it could go into bankruptcy. Now it’s $5.50. They are interconnected to most European banks. A full-blown banking crisis is brewing in Europe.

They are loaded to their eyeballs with debt they lent out to zombie corporations. Conservatively making up 10% of the S&P 500, and I am sure worse in the Eurozone. Using fancy accounting tricks and netting out their risk, they can make things look okay for now and keep a few investors around as long as there’s not a market crash or the debt Markets don’t freeze up…. Oh, wait, most of that already happened. I am sure they’re on their hands and knees praying right now that the virus passes before they have to report next quarter’s numbers, but lots of companies are attempting to weasel out of reporting using the virus as an excuse.

The same goes for the markets as went for the virus… DON’T listen to what they say watch what they’re doing… Welding people into their Apartments, helicopters airdropping test kits onto cruise ships, the Fed adding an additional 2 trillion into the repo markets in less than a week… Meanwhile, they’re saying you don’t worry. You’re not going to get sick or die and buy the dip. If you have the means and enough time left, I hope everyone gets prepared. Best case scenario, many thousands of people are going to die. Most will just get very sick and lose half of their life savings. It is a federal law that banks have to cover their debts each night before closing if they want to open their doors the next day. If they can’t cover the costs, banks can use loans, but it’s a sign of serious trouble for that bank and possibly for the economy. Days before the 2008 market crash in America, the Federal Reserve Bank of New York tried to loan 50 billion dollars to a struggling bank. It was the most amount of money loaned to a bank in history at the time. But this week, the Federal Reserve loaned 500 BILLION dollars to a struggling bank, in the midst of this crisis. We don’t have any kind of precedent for this. We know the market has been struggling, as the DOW report continues to drop.

What do you think comes next. Depression is baked into the cake, but everyone always thinks of the Great Depression, forgetting the numerous other ones we have been through in the short history of our nation. Properly managed (IE no government action was taken), a Depression will resolve itself under free-market conditions with real business cycles.

This decade in the making bubble, the largest in the history of mankind, is so massive it is going to take the entire western financial system down with it. You can thank your government for masking cancer over for decades. Now the tumors are so big they are breaking through the skin and eating the patient alive. It is over for the US. PERMANENTLY.

There is no way back. IF the US can even ever get back on the right path again and return to the Constitution, it will take a generation at a minimum. A banker led Keynesian economy always ends up at a depression, when they own everything, and we are all in debt to them. Nothing is Worthy of an Investment to get reasonable Returns on your Savings. Everything is a Ponzi Scheme parading as Creditworthy. This will be a great depression.

The American economy is purely based on people’s confidence in it. Now, it shouldn’t be, but it is. My advice, go prepare with basics, including food and water. Buckle up.

Thank goodness for old preps in storage. Today the Global Stocks Surge as Federal Reserve Unleashes Huge Liquidity Pump. The Dow Jones started out +1,300 because of the 1.5 trillion dollars from the federal reserve and already down to +111. In the final two hours of this ungodly trading week, the 15-minute charts look absolutely horrid. It sure looks like this thing could sell off again toward the end of the day, and the markets close at the very low for the week. Very bearish if that happens because it leaves the door wide open for a gap lower to start next week.

The smart money was using this opportunity to sell at higher levels to the dumb money that has been conditioned like Pavlov’s dog to buy the dips. The New York Fed has announced that it will provide $1.5 Trillion worth of dollar liquidity, which will take shape via a $500 billion 3-month repo operation today and tomorrow, alongside a $500 billion 1-month operation tomorrow. Alongside this, between March 13 and April 13, 2020, the Fed will conduct purchases across a range of maturities to roughly match the maturity composition of Treasury securities outstanding. In reaction, the US Dollar has pulled back with US equities bouncing off intra-day lows. In this kind of environment, the only people that would recommend you to buy are the ones with skin in the game.

With the FED moving repo purchases from $100 billion to $175 billion, we ought to see gold rebound a little bit. More stimulus from the FED and government will cause gold to rise. Gold will take a welcomed dip until the FED fairy dust runs out, then gold will finds its cozy pocket. The FED is on fumes already. There is the Plunge Protection Team. There is the Exchange Stabilisation Fund. There is the trading desk of the New York Fed. There is the War Room in the US Treasury. Market manipulation is an integral part of the US government.

The FED is too afraid to try a different approach. They don’t want to take any chances. It’s like those doctors that still prescribe the same medicine after it has been proven that they do more harm than good. They are pretty much saying the markets are safe and shaking all of it off. Now the people have to suffer to pay for everything. Anyone who knows anything about economics knew that 2009 marked the end of the dollar system. That was the end of the empire, and it was just a matter of an unknown time that it would manifest in real-time.

This may be real-time. This may be the popping of the last bubble, the dollar bubble. During 2011-2013, the markets would “jump” on no volume. You knew that somewhere down the road, these “air pockets” would return to haunt. And now that Trump Declares National Emergency. This will give the Fed A free-hand to pump and print MANY TRILLIONS of UNLIMITED DEBT… This is their FINAL SOLUTION. We are in this mess because the central Bankers needed a way to hide inflation.

The FED has stolen 98% of the value of the dollar since its inception. Energy, i.e., oil, foodstuffs, electricity, etc. are not included in inflation, but goods are therefore if you can find cheap goods you can hide the fact that you’ve stolen 100% of the value of a currency. Trump wants a zero payroll tax (FICA) and negative interest rates. That alone will increase our federal budget deficit by almost 1 trillion dollars. The Fed stimulus Is no substitute for the virus. It’s heading to crash as economies implode, and monetary stimulus can’t do jack to stop it. In other words, the virus outsmarted the Fed. The stock markets are going to crash. The blatant incompetence by the World Health Organization and governments means anyone with 2 brain cells is going to dump and leave the morons holding the bag.

This will change the world more than 9/11 ever did. It was never about the people. It was always about the financial markets. The Government needs to be honest with their people now. It obvious we are heading to a quarantining of the population in order for survival. Closing the stock markets immediately or waste trillions supporting it. Jubilee, on some personal credit for the population, will greatly help. Closing all borders. A manhattan project to find a vaccine. Emergency plans for sustainable governments with the collapse of frontline health and public services. Continuity of government plans as politicians and media casualties rise exponentially.

Preparation for the feeding and care of the weak and vulnerable in our society. International co-operation and consultations to avoid International conflicts. We are weeks away from semi societal collapse. Let the people know that there will be an end to this seemingly apocalyptic event. We have a tough 12 to 18 months ahead of us. If you haven’t ALREADY figured-out that Corona – like an operatic Deus Ex Machina “conveniently” appearing at just the right time – is just a plausible & palatable cover – at least initially – for imposing Martial-Law/Lock-Down due to the imminent Financial IMPLOSION. 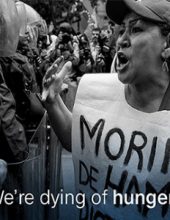 Lindsey Williams – Warning to Prepare for an Emergency. Stock up on Food, Water and Supplies Now! It is 5 Days Before the Economic Collapse & Great Depression. ” So, What do You do? 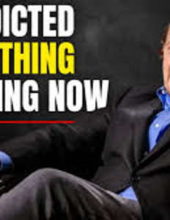