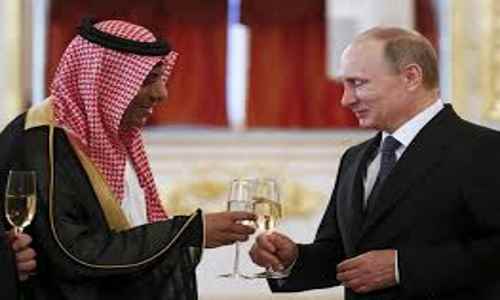 As a New York investment banker explains it, "the House of Saud was creating tremendous surpluses since the 1970s — when OPEC dramatically increased the price of oil." The US Treasury wanted this tsunami of cash to purchase US Treasury bonds; and the Saudis were always scared to show that tsunami in motion. So "a deal was worked out that they would keep the trillions of US dollars in bonds secret." There was never any question the Saudis would be allowed to sell bonds en masse.
The Saudis selling their stocks in the open market en masse, especially in the first weeks of January, spreading panic all around the world, appears to have seriously displeased another faction of the Masters of the Universe. This faction might eventually let everyone know what the secret Saudi position is in US Treasuries. Remember, we're talking about at least $8 trillion.
The House of Saud, predictably, is in total panic. Imagine a leak stating they are sitting on $8 trillion while asking the poor in Saudi Arabia for economic "sacrifices" to support their oil price war plus the unwinnable war on Yemen, fought with expensive mercenaries. A global uproar would be inevitable — claiming a freeze on Saudi assets that are being used to destroy world markets. A barely concealed secret is that the House of Saud is not exactly popular in all the crucial places, from Moscow to Washington and Berlin.
The House of Saud cannot possibly believe that the FSB, SVR and GRU deeply love them for trying to destroy Russia; that Texans love them for trying to destroy the shale oil industry; that Germany or Italy love them for dumping a trillion dollars in securities on the markets to crash them as Mario Draghi pumps major QE trying to rescue the eurozone.


‘Turning Point': Are Russia, Saudi Arabia Ready to Curb Oil Production to Stabilize Oil Market?
The standard US government procedure in a case such as this — the dumping of securities and bonds, destabilizing markets — is to freeze assets and go for regime change. Only this time the House of Saud thought they had unanimous support in Washington — as part of their oil price war against Russia. Not really; Washington is now issuing a veiled warning that they have had enough of Saudi Arabia. And that implies the House of Saud must change course on an emergency basis to stop the oil price war before it is too late.
The House of Saud remains in denial. Persian Gulf traders though mention the example of Sweden, where Saudis sold half the Swedish securities they owned, causing serious trouble in Swedish stocks. It's normal procedure to tell the markets you are buying when you are actually selling. The Saudis may even publicly buy something while secretly unloading in the market, using fronts that are not known to be connected to them.


Let's imagine Russia starts selling all US bonds and USD that they own. First, finding buyers at decent prices takes time. After the first tranche is sold, the prices and the rates will be depressed, so Russia will lose money on this. Once they are done selling, Japan (the third largest economy), China (the second largest economy), Europe (including 3-6 largest economies) and the Middle East (a lot of liquidity) may step in and buy those bonds. The US Federal Reserve can also buy bonds (by essentially printing money) and will step in as a buyer of the last resort if necessary. As a result, USD may return to prior rates, while the currencies bought by Russia will lose value. So, that would not be a clever thing to do.

In the meantime, Russian currency is falling against foreign currencies, and this resulted in a surge of demand in foreign-currency bank accounts.

Russia holds only 1/10th of what china holds in US bonds or 1/20th of china/japan combined holding. Not very significant atleast in acting alone, unless they join hands with china which is improbabale as such a move will affect their worth of holdings more than anything else. But mind you, Russia has already announced that all the energy requirements of china will be met by them and the settlement between them will be without using US $ as settlement mechanism.


First stop thinking in terms of dumping T-Bonds. Why? China has made a switch where most of its US Treasuries indulgence using T-Bills. So the question is rollover. So it might be the same for Russia.

Russia get most of its "oil revenue" from oil, not gas and they produce more oil than SA. So the question is what they want for their oil. And for the gas and maybe oil going to China soon, it will not be priced in dollars for sure, well most probably given the yuan settlement deals spree.

The end of Dollar Hegemony will come bleeding from a "thousand cuts".
Additional cuts besides the oil and dollars .

Russia (and for matter any other foreign holder of US treasuries) gets paid for holding their U.S. dollar reserves in interest paying bonds. Since the majority of global trade is conducted in U.S. dollars (including the trade in commodities which Russia exports), Russia needs to "store" dollars somehow. Treasuries offer one of the most efficient ways to store dollars and therefore Russia will continue owning treasuries, regardless of political expediency. The same holds true for China, a much larger holder of treasuries than Russia, the EU countries, etc.

There are two primary ways for the U.S. dollar to be devalued relative to other currencies:

1. The federal reserve lowers interest rates, thereby making the returns from owning treasuries less attractive, leading to lower demand for dollars. Not a risk at present given where the rates are.

2. Another country (Russia for example) raise their interest rates. Raising rates to increase the value of your currency versus the dollar for nations looking to export to the U.S. (the largest global economy) would be self defeating. As the rouble would go up in value versus the dollar, Russian exports become more expensive for US consumers, leading to lower demand for them (the U.S. can source those commodities elsewhere cheaper), which would lead to lower demand for roubles in the long term, and a return of the rouble value to where it started or lower. In the meantime, Russian companies would invest less as interest costs for them would be going up due to higher interest rates. Not a winning strategy.

In summary, the threat to the U.S. dollar from other countries is limited. If anything, there is now a global race to weaken most currencies against the dollar as exemplified by the recent devaluation of the Chinese currency.

contingencies, should they occur. 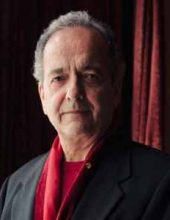