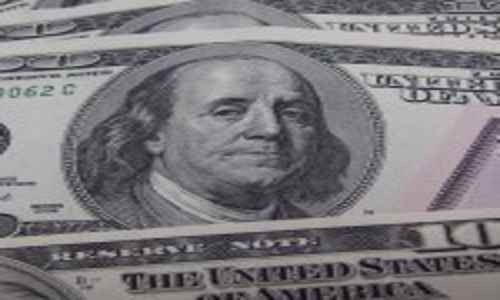 After a little bit of a lull, the global economic crisis is back with a vengeance. Currencies are collapsing in Argentina, Brazil, India, Turkey and other emerging markets, stock market crash is taking place, and central banks are springing into action. It is being hoped that the financial chaos can be confined to emerging markets so that it will not spread to the United States and Europe to causing a major economic collapse and stock market crash.

But of course the global financial system is more interconnected today than ever before, and a massive wave of debt defaults in emerging markets would inevitably have extremely serious consequences all over the planet. It would be difficult to overstate the potential danger that this new economic crisis poses for all of us.

Emerging market economies went on an unprecedented debt binge over the past decade, and a high percentage of those debts were denominated in U.S. dollars. As emerging market currencies collapse, it is going to become nearly impossible to service any debts denominated in U.S. dollars, and that could ultimately mean absolutely enormous losses for international lenders. Our system tends to do fairly well as long as everybody is paying their debts, but once the dominoes begin to tumble the next economic collapse will hit the World.

A global financial collapse has begun, but because it has not really affected the United States too much yet, the mainstream media and most Americans aren’t really paying any attention. But if the stock market crash will happen here too, then it will suddenly be all over the news. Most people are aware that most of the biggest stock market crashes in U.S. history have happened in the fall. We have definitely entered a “danger zone”, and more shocks seem to hit the global economy with each passing day.

What Will Happen If the U.S. Economy Collapses

If the U.S. economy collapses, you would not have access to credit. Banks would close. Demand would outstrip supply of food, gas and other necessities. If the collapse affected local governments and utilities, then water and electricity would no longer be available. As people panic, they would revert to survival and self-defense modes. The economy would return to a traditional economy, where those who grow food barter for other services.

A U.S. economic collapse would create global panic. Demand for the dollar and U.S. Treasurys would plummet. Interest rates would skyrocket. Investors would rush to other currencies, such as the yuan, euro or even gold. It would create not just inflation, but hyperinflation as the dollar became dirt cheap.

A collapse of the U.S. economy could manifest in many different forms, and be caused by a variety of events. Generally, we would see a significant downturn that could last for quite some time. Poverty would be rampant, which could lead to significant social unrest. This downturn could range anywhere from a big, deep recession to a complete collapse, which would end daily life as we know it. As stated, this is highly unlikely; however, you should make preparations anyway.

When Would the U.S. Economy Collapse?

Any of the following six scenarios could create an economic collapse.

If the U.S. dollar rapidly loses value, it would create hyperinflation.
A bank run could force banks to close or even go out of business, cutting off lending and even cash withdrawals.
The internet could become paralyzed with a super-virus, preventing emails and online transactions.
Terrorist attacks or a massive oil embargo could halt interstate trucking. Grocery stores would soon run out of food.
Widespread violence erupts across the nation. That could range from inner-city riots, a civil war or a foreign military attack. It’s possible that a combination of these events could overwhelm the government’s ability to prevent or respond to a collapse.
Some believe the Federal Reserve, the president or an international conspiracy are driving the United States toward economic ruin. If that’s the case, the economy could collapse in as little as a week. That’s because it’s run on confidence that debts will be repaid, food and gas will be available when you need it and that you’ll get paid for this week’s work. If a large enough piece of that stops for even several days, it creates a chain reaction that leads to a rapid collapse.

Will the U.S Economy Collapse?

The U.S. economy’s size makes it resilient. It is highly unlikely that even these events could create a collapse. The Federal Reserve’s contractionary monetary tools can tame hyperinflation. The Federal Deposit Insurance Corporation insures banks, so there is little chance of a banking collapse similar to the 1930s. Homeland Security can address a cyber threat. If not, the economy can always return to how it functioned before the internet.

The president can release Strategic Oil Reserves to offset an oil embargo. The U.S. military can respond to a terrorist attack, transportation stoppage or rioting/civil war. In other words, most federal government programs are designed to prevent just such an economic collapse.

How to Prepare for a Collapse
Protecting yourself from a U.S. economic collapse is difficult. A catastrophic failure can happen without warning. In most crises, people survive through their knowledge, wits, and by helping each other. Make sure you understand basic economic concepts so you can see warning signs of instability. One of the first signs is a stock market crash. If it’s bad enough, a market crash can cause a recession.

Make sure your passport is current in case you’d need to leave the country on short notice. Research target countries now and travel there on vacation, so you are familiar with your destination.

Being prepared for an economic collapse means having on hand essential items you’ll need to get you through until things begin to normalize. This is similar to preparing for a hurricane but on a larger scale.

It’s possible in an emergency such as an economic collapse that you may be without water and electricity for an extended time. Clean water is the most important thing you’ll need for survival. For your convenience, store as much water as you can, but also be prepared to sanitize water in case the outage lasts for a long time. There are several options for this, from chemicals to filters. Be sure to research your options, decide on a method, and put it with your supplies.

You’ll need to store or produce a minimum of a gallon of water per day, per person. In addition, you’ll need to include pets and livestock in your equation.

You’ll need to accumulate stores of nutritious, non-perishable food that has a long shelf life. Items such as rice, beans, canned foods, beef jerky, dried foods, and nuts are all good options. Numerous resources online can help you decide which foods to store. Essentials such as salt, sugar, coffee, honey, and powdered milk are usually included. Try to stay away from processed foods and snack items, which usually have a short shelf life.

Think about the nutritional needs of your family, especially those that require a specific diet such as babies or diabetics. Also, don’t forget to store food for your pets as well.

Why should I can my own meat?
If you’ve ever tried to buy food in bulk but realized you don’t have nearly enough freezer space, you’ll find that canning your own meat can be great for storage. There’s no need for freezing or refrigeration. Canning can also be great for when you want to give away food as gifts during the holidays.

Cultivating a garden will provide you with fresh, nutritious food in the event of extended food shortages. It’ll also help you save money on food costs if the economy is experiencing hyperinflation. A garden also provides you with the opportunity to preserve nutritious food through canning and drying. Most items you grow in the garden can be canned and stored for years.

Many people who don’t have a lot of land or who live in apartments utilize container, vertical, or rooftop gardening and can grow quite a bit of food in a very small space. Most vegetables are easy to grow, especially lettuce, tomatoes, berries, broccoli, and melons.