The DECLINE of American Empire – 10 Reasons Why World Economy Collapse 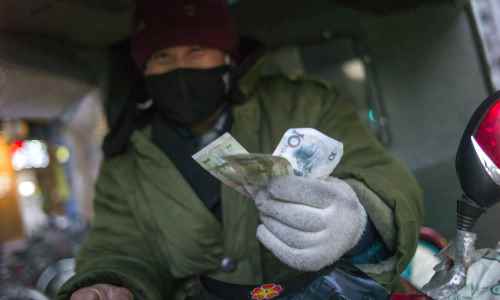 The US is governed by the few, who are chloroforming the many through their control of the media. As a truly brilliant quotation of David Hume states: 'as force is always on the side of the governed, the governors have nothing to support them but opinion'. The few for him are an emanation of monotheism, which can only be truly served by totalitarianism. The few keep also control by spending a big part of the real US budget on National Security (the military-industrial complex). For what? To support regimes which deny freedom, democracy and human rights to their own people. This situation is deeply hurting Gore Vidal, who above all loves freedom and telling the truth: 'should the few persist in their efforts to dominate the private lives of the many, I recommend force as a means of changing their minds'. (p.52) I agree with the above mentioned analyses of Gore Vidal, but I strongly disagree with the title of this book. Far from declining and falling, the US Empire is still a reigning world superpower and actually the only one. The two main causes Gore Vidal cites for the fall are not there anymore.

The Japanese economy imploded and is still imploding, and the US national budget is in a far better shape now than ten years ago. I see at the horizon one big superpower emerging, on which the US high tech industry is already highly dependent: China. With a market of 1.3 billion people and a well educated population, China cannot loose if it plays it cleverly. It is doing it, for I saw it this year.
China cannot issue an SDR. The SDR is the exclusive currency of the IMF. China is not stupid enough to sell bonds in a currency it doesn't control. This is how countries are ruined. Even the Euro simply is not deep enough to be a reserve currency. People really underestimate how strongly entrenched the dollar is and any American wishing for a demise of the dollar is a fool. Despite all the money printing, the USD was as low as 71 or 72 back in 06-07, it's now hovering in the upper 90s and even broke 100 recently. The Euro has dropped precipitously against the Dollar. A Euro used to cost nearly $1.50 and is now about $1.10!﻿

The 0.01%, like the unelected rulers of Europe in Brussels, do not have to worry about this as they can travel in their Lear jets with unlimited wealth. The law only applies to commoners who are prosecuted for money laundering if they have $10,000 or more in their possession. The clothes and jewelry that the 0.01% wear is worth many more times the $10,000 limits which apply to the rest. This is the  for filling  the bankers coffers.

The cashless society is not about ease of payment but really taking away "all our wealth"!!! This includes gold & silver & platinum which will also become illegal for any common middle-class or millionaire to have & will be confiscated! Even the jewelry industry will collapse as jewelry stores are raided & all jewelry is taken! Police will be ordered to seize wedding bands & class rings for the state!!!!!

Total Slavery Tactic:
1. Invent $
2. Replace Gold and give it to banks
3. Take ownership of $
4. Make electronic currency
5. Make all dependencies work on EC
6. Limit cash transactions
7. Remove cash from circulation
8. Ask for rent on EC stored in accounts (negative interest for savings)
9. Slave labor for anyone with too much negative amount.
Slavery 100% successful.


Whether you live in the USA or Europe, or elsewhere, now is the time to: