Legendary investor Jim Rogers sat down with Business Insider CEO Henry Blodget on this week’s episode of “The Bottom Line.” Rogers predicts a market crash in the next few years, one that he says will rival anything he has seen in his lifetime.

Despite ” devastating hurricanes, monstrous earthquakes hitting Mexico and uncertainty with the Federal Reserve unwinding its massive balance sheet, famed investor Jim Rogers says the worst is yet to come.

“This was not the end of the world because the market is still making all-time highs,” the investor and best-selling author said in a new interview.

But the current bull market – which is the second longest running – will end badly, according to Rogers, warning that the next financial meltdown is going to be the worst yet.

As for the timeline? The famed investor said the crash is coming sooner than we think.
The sole survivors will be investors that know what they are doing. “And the way to protect yourself is to invest in what you know,” he said.

Preparing for the Worst

So how is Rogers preparing for the crash? The Singapore-based investor said he likes overlooked and hated markets including agriculture, Russian and Chinese stocks.

As for gold, Rogers said the metal isn’t hated enough to buy right now and it’s going to get “very, very, very overpriced” before the current run is over.

“When people say, ‘I never want to invest in gold again,’ that is when I want to invest in it …When everybody is throwing it out the window that is usually a good time to buy anything including gold. So far, there are too many people that love gold.”

Rogers noted that he bought gold “a long time ago” and has not made any serious purchases since 2010.

“If and when gold goes down a lot, or under $1,000, I hope I’m smart enough to buy more gold because in the end, gold is going to go up a lot because when people lose confidence in governments and paper money, they always put their money in gold and silver.”

Talking the crypto currency craze, Rogers said he wishes he had been smart enough to buy bitcoin five years ago or even as recent as five months ago. The digital currency is up some 300% since the start of the year, last trading over $3,900.

The Next Financial Crash Will be Like an “Avalanche”

It feels like there is nothing that we can do to protect ourselves from what is happening in the world around us. But that is exactly the thinking that put us in the position we are in now!

Really, the only thing we can control is ourselves and when the crash comes we need to learn how to control our OWN personal economies.

I want to share with everyone the 5 strategies I believe will help us all survive the crisis that is upon us.

This leads me to the even more important question:

How can we prepare so that we don’t just survive the coming storm, but come out even stronger and RICHER?

Is that even possible? I know it is, because it’s happened before.

We all know that in every former crash, while many people lost their shirts, there were always a few who actually made money.
These were the people who did not follow the crowd.
They kept their cool, and saw opportunity while everyone else was panicking.
They took action while others stood paralyzed and passive.
They were alert to the potential in emerging new technologies and enterprises, and got in early.
Instead of playing by the same old rules as the rest of the world, smart people seek out out brand new games that they can win.

Kiyosaki is also worried about China, which he says has propped up the US economy by importing all sorts of goods and services. “When [China] stops importing, the world crashes with them.” He claims that the 20-year-old Chinese industrial bubble is in fact collapsing – or continuing to collapse.

While internet sites raise the issue of an enormous crash, the larger media does not provide much in the way of warnings. Billionaire Carl Icahn, for example, declared, “The public is walking into a trap again as they did in 2007.” And famous economist Andrew Smithers warns, “U.S. stocks are now about 80% overvalued.” Smithers reportedly believes other analogous periods are 1929 and 1999 – when stocks dropped by 89% and 50%.

Then there’s economist James Dale Davidson who called both the 1999 and 2007 collapses. This time, Davidson is calling for at least a 50%-70% correction. Davidson believes a confluence of factor are going to drive down the markets catastrophically – including the demographic reality that Kiyosaki foresaw. This set of economic voices merely adds to the chorus already warning us to prepare for the worst.

What’s happened in 2016 is but a foreshadowing of what’s yet to come. If you’ve been reading these blogs regularly, you already know that we’re prepared for almost any kind of financial calamity and have faced 2016 with an investment strategy that has advanced our TDV portfolio by some 130%+.

The chorus of savvy investors, economists and billionaire businessmen warning of what’s to come in the second half of 2016 is truly astonishing. Of course, we’re not surprised because our Shemitah and Jubilee analysis predicted all of this. And it provides us with further understanding of worse to come, especially up to and including October when the Jubilee year climaxes.

At some point your warnings will cease and catastrophe explodes. That time is coming soon. I’d urge you to act to protect yourself: Remain liquid, hold gold and silver in physical form and find information sources that can provide timely insights into what is happening – and when and how.

You don’t have to end up as a Poor Dad through all of this… in fact, you could end up as the Rich Dad if you prepare for and profit through it all.

Just when you thought it was safe – more doom and gloom from Nomi Prins who predicts another financial bust coming soon.

She says how Western central banks bailed out the banks but did nothing form main street, but in China the central bank used quantitive easing to rebuild its infrastructure, like putting high speed rail all over the country. She says how the West laughed at the ghost cities that China built which stood empty, but China plans long term and the new high speed rail system is now linking the cities up and people are moving into them, depopulating the overcrowded large cities. This means less congestion and pollution and nicer cities to live in.

The bankers and the CEO’s used the money instead to buy back shares and inflate asset prices to give themselves huge bonuses rather than invest in their companies.

Will the next crash be worse than the last one? Prins says, “Yes, it will because we will be falling from a higher height. The idea here is you are sinking on the Titanic as opposed to sinking on a canoe somewhere. All of this artificial conjured money is puffing up the system, along with money that is borrowed cheaply is also puffing up the system and creating asset bubbles everywhere. So, when things pop, there is more leakage to happen. The air in all these bubbles has created larger bubbles than we have had before.”

How does the common man protect himself? Prins says, “They have to own things, and by that I mean real assets, hard assets like silver and gold. That’s not as liquid, so taking cash out of banks and sort of keeping it in real things and keeping it on site . . . keeping cash physically. You need to extract it from the system because the reality is when a financial crisis happens, banks close their doors to depositors. . . . Also, basically try to decrease your debt.” 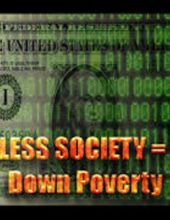 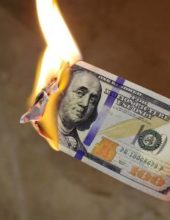