The Third Secret of Fatima – “Russia is going to punish The World! Will Spread Her Errors Throughout The World” 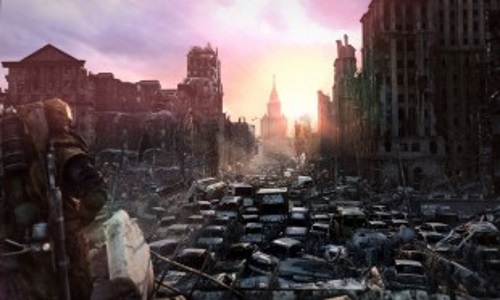 Fatima, Russia is going to punish The World, SECRET OF FATIMA, War

Fatima is undoubtedly the most prophetic of modern apparitions. The first and second parts of the “secret”—which are here published in sequence so as to complete the documentation—refer especially to the frightening vision of hell, devotion to the Immaculate Heart of Mary, the Second World War, and finally the prediction of the immense damage that Russia would do to humanity by abandoning the Christian faith and embracing Communist totalitarianism.

“Behold, as we stand before you, Mother of Christ, before your Immaculate Heart, we desire, together with the whole Church, to unite ourselves with the consecration which, for love of us, your Son made of himself to the Father: ‘For their sake', he said, ‘I consecrate myself that they also may be consecrated in the truth' (Jn 17:19). We wish to unite ourselves with our Redeemer in this his consecration for the world and for the human race, which, in his divine Heart, has the power to obtain pardon and to secure reparation.

The power of this consecrationlasts for all time and embraces all individuals, peoples and nations. It overcomes every evil that the spirit of darkness is able to awaken, and has in fact awakened in our times, in the heart of man and in his history.

How deeply we feel the need for the consecration of humanity and the world—our modern world—in union with Christ himself! For the redeeming work of Christ must be shared in by the world through the Church.

At Fatima, the Blessed Virgin Mary told the three child seers that many souls go to hell because they have no one to pray or make sacrifices for them. In her Memoirs, Sister Lucy describes the vision of hell that Our Lady showed the children at Fatima:

"She opened Her hands once more, as She had done the two previous months. The rays [of light] appeared to penetrate the earth, and we saw, as it were, a vast sea of fire. Plunged in this fire, we saw the demons and the souls [of the damned]. The latter were like transparent burning embers, all blackened or burnished bronze, having human forms. They were floating about in that conflagration, now raised into the air by the flames which issued from within themselves, together with great clouds of smoke. Now they fell back on every side like sparks in huge fires, without weight or equilibrium, amid shrieks and groans of pain and despair, which horrified us and made us tremble with fright (it must have been this sight which caused me to cry out, as people say they heard me). The demons were distinguished [from the souls of the damned] by their terrifying and repellent likeness to frightful and unknown animals, black and transparent like burning coals. That vision only lasted for a moment, thanks to our good Heavenly Mother, Who at the first apparition had promised to take us to Heaven. Without that, I think that we would have died of terror and fear."

Immaculate Heart! Help us to conquer the menace of evil, which so easily takes root in the hearts of the people of today, and whose immeasurable effects already weigh down upon our modern world and seem to block the paths towards the future!

From famine and war, deliver us.

From nuclear war, from incalculable self-destruction, from every kind of war, deliver us.

From sins against the life of man from its very beginning, deliver us.

From hatred and from the demeaning of the dignity of the children of God, deliver us.

From every kind of injustice in the life of society, both national and international, deliver us.

From readiness to trample on the commandments of God, deliver us.

From attempts to stifle in human hearts the very truth of God, deliver us.

From the loss of awareness of good and evil, deliver us.

“The third part of the secret refers to Our Lady's words: ‘If not [Russia] will spread her errors throughout the world, causing wars and persecutions of the Church. The good will be martyred; the Holy Father will have much to suffer; various nations will be annihilated' (13-VII-1917).

The third part of the secret is a symbolic revelation, referring to this part of the Message, conditioned by whether we accept or not what the Message itself asks of us: ‘If my requests are heeded, Russia will be converted, and there will be peace; if not, she will spread her errors throughout the world, etc.'.

Since we did not heed this appeal of the Message, we see that it has been fulfilled, Russia has invaded the world with her errors. And if we have not yet seen the complete fulfilment of the final part of this prophecy, we are going towards it little by little with great strides. If we do not reject the path of sin, hatred, revenge, injustice, violations of the rights of the human person, immorality and violence, etc.

And let us not say that it is God who is punishing us in this way; on the contrary it is people themselves who are preparing their own punishment. In his kindness God warns us and calls us to the right path, while respecting the freedom he has given us; hence people are responsible”.

"Having reached the end of our inquiry, we are able to discern, with near certainty, the essential elements of Our Lady’s final secret: While ‘in Portugal, the dogma of the Faith will always be preserved,’ in many nations, perhaps in almost the entire world, the Faith will be lost. The pastors of the Church will fail gravely in the duties of their office. Through their fault, consecrated souls and the Faithful in great number will let themselves be seduced by pernicious errors spread everywhere. This will be the time of the decisive battle between the Blessed Virgin and the devil. A wave of diabolical disorientation will be hurled over the world. Satan will introduce himself even to the highest summit of the Church. He will blind the minds and harden the hearts of pastors. And God will deliver them to themselves as a chastisement for their refusal to obey the requests of the Immaculate Heart of Mary. This will be the great apostasy predicted for the ‘last times’; ‘the False Lamb’ and ‘False Prophet’ will betray the Church to the profit of ‘the Beast,’ according to the prophecy of the Apocalypse."

We then looked up at Our Lady, who said to us so kindly and so sadly:

“You have seen hell where the souls of poor sinners go. To save them, God wishes to establish in the world devotion to my Immaculate Heart. If what I say to you is done, many souls will be saved and there will be peace. The war is going to end: but if people do not cease offending God, a worse one will break out during the Pontificate of Pius XI. When you see a night illumined by an unknown light, know that this is the great sign given you by God that he is about to punish the world for its crimes, by means of war, famine, and persecutions of the Church and of the Holy Father. To prevent this, I shall come to ask for the consecration of Russia to my Immaculate Heart, and the Communion of reparation on the First Saturdays. If my requests are heeded, Russia will be converted, and there will be peace; if not, she will spread her errors throughout the world, causing wars and persecutions of the Church. The good will be martyred; the Holy Father will have much to suffer; various nations will be annihilated. In the end, my Immaculate Heart will triumph. The Holy Father will consecrate Russia to me, and she shall be converted, and a period of peace will be granted to the world”.

People are born with the innate desire to survive, but sadly, many in our increasingly dependent society look to others for relief and assistance following a disaster. The fact is that help from government, family, or neighbors is often unavailable when needed most, and in the end you may have only yourself to count on. Do you know what to do and how to do it if disaster strikes?. If you have ever wanted to produce your own cheaper than dirt survival food…this is going to be the most important message you will ever read.