Update to Torah Codes: recent findings about 2016 and past codes now revealed about Obama. Director Richard Shaw, interviews Rabbi Matityahu Glazerson. He describes Gematria (numerology) of the coming year, 2016 and its possible connection to Messiah and the 1335 days from the book of Daniel. We also examine Rabbi Matityahu Glazerson’s video showing an asteroid coming in Tishrei 5776

MATH REVEALS THE TRUTH! THE TORAH WAS GIVEN BY A SUPREME BEING!

Could there possibly be an unequivocal mathematical proof that the Torah was given by a supreme being? A scientific proof?! A proof that can be objectively examined? Using mathematics? 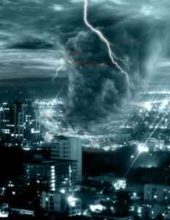