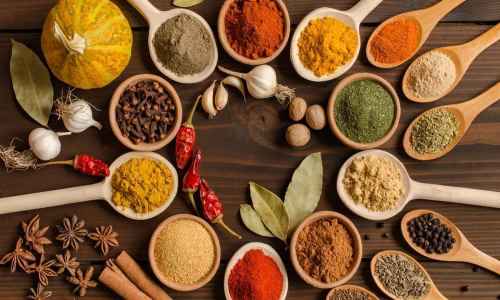 Plants are an important source of antimicrobial compounds and traditional healers have long used plants to prevent or cure infectious diseases.There is a recent renewed interest into the use of natural products for the identification of new members of the ‘antibiotic-ome’ (defined as natural products with antibiotic activity), and their application in antibacterial drug discovery in the genomics era. Phytochemicals are the active biological component of plants and some phytochemicals including tannins, alkaloids, terpenoids and flavonoids possess antimicrobial activity.Some antioxidant dietary supplements also contain phytochemicals (polyphenols), such as grape seed extract, and demonstrate in vitro anti-bacterial properties. Phytochemicals are able to inhibit peptidoglycan synthesis, damage microbial membrane structures, modify bacterial membrane surface hydrophobicity and also modulate quorum-sensing.

Plants have served as a valuable source of ingredients for traditional medicines for millennia. Historical records and modern ethnobotanical field studies highlight their importance in the traditional treatment of infectious disease. However, plants make up only a tiny percentage of the current repertoire of FDA-approved antibacterial drugs. This article provides an overview of the benefits and challenges of exploring plants as a new source of antimicrobials to use in the fight against multidrug-resistant bacteria. It also reviews the ethnobotanical approach to drug discovery and discusses a number of innovative targets for future drug discovery efforts in this field.

Nature has served as humankind’s pharmacy for millennia. Indeed, self-medication with natural resources such as plants and fungi has not been restricted to human use alone, but has even been documented in various animals, ranging from insects to primates . Plants produce complex suites of compounds known as secondary metabolites, which are not necessary for their primary growth and function, but rather serve another role of enhancing likelihood of survival. Plants are sessile and thus highly dependent on the ability to produce and release these chemical signals into their environment for the purposes of communication and defence. Throughout ancient history, humans have learned to harness this chemical arsenal to serve their own needs. This is most apparent when considering human health and traditional forms of medicine.

NATURE’S PHARMACOPOEIA
A number of ancient medical texts from different cultures focus heavily on the use of plant ingredients for human health. Some examples include the Eber’s Papyrus, an ancient Egyptian scroll that dates back to 1500 BCE; Shen Nong Ben Cao, a Chinese medical text from 200 BCE; and Dioscorides’ De Materia Medica, which documents the Mediterranean pharmacopoeia from 50–70 CE. All include plant-based remedies for a broad number of ailments, many of which could have been attributed to infectious diseases. The tradition of using plants as medicine for the treatment and management of various infectious diseases continues even today, especially in the developing world. A 2002 WHO report noted that in Africa, up to 80% of the population uses traditional medicine (primarily plant-based) to meet their healthcare needs. Likewise, in China, traditional medicine accounts for around 40% of all healthcare delivered . The prevalence of plants in current healthcare practices should not come as a surprise, especially when one considers their predominance in ancient texts and in paleobotanical findings at archaeological sites. Many of these ancient medical practices persist in various forms of traditional medicine currently practised across the globe.

Plants are capable of producing a vast array of structurally diverse compounds, each of which serves a specific role for the plant itself (e.g., defence against phytopathogens). Sometimes, these compounds are also active against human pathogens. There are four major groups of antimicrobial compounds made by plants: phenolics and polyphenols, terpenoids and essential oils, lectins and polypeptides, and alkaloids. In most cases, bioactive plant extracts contain complex mixtures of these groups, and their combined action can yield an enhanced effect . These compounds act on bacteria via a number of mechanisms, including inactivation of proteins, adhesins and enzymes, among other targets. More recent work has revealed that certain plant compounds can also block cell-to-cell signaling pathways and quench production of virulence factors (e.g., exotoxins) and disrupt or inhibit the formation of biofilms , which confer a protective advantage to pathogens during an infection . It is clear that we have only uncovered the tip of the iceberg in our understanding of the chemical diversity and bioactivity of plant natural products.

Under the lens of Western medicine, natural products, defined as molecular entities produced by a living organism (including mammals, plants, fungi, bacteria, etc.), and their derivatives make up roughly one-third of all FDA-approved drugs. Before the golden era of antibiotics (1950), plant natural products represented more than one-fifth (22%) of all new molecular entities used in medicine. However, since then, there has been a decline in botanical compounds used in Western medicine (8.7%). Specific to antibacterial agents, natural products and their derivatives make up 69% of all FDA-approved drugs. The majority of these come from microbes (97%), with plant products contributing just 3% to this group .

BENEFITS AND CHALLENGES OF PLANTS AS A SOURCE OF ANTIMICROBIALS
The current percentage of approved antibacterial drugs from plants, however, does not accurately reflect the potential of plant natural products for future applications as antimicrobial therapies. In part, there are some inherent difficulties in the development of plant natural products as antimicrobial pharmaceuticals:

Plant extracts are incredibly chemically complex – much more so than fungi, for example, as a single extract preparation may contain hundreds of different chemical entities. The isolation of single compounds with the desired antimicrobial bioactivity can be time consuming and requires a large amount of bulk plant material.
Rediscovery of the same compounds from different sources presents problems, and much attention must be paid to careful dereplication early in the discovery process in order to avoid time and effort spent chasing known molecular entities.
Making arrangements for access to plant specimens can sometimes be difficult, especially in an international setting. Regulations concerning plant collection permits and export/import permits differ depending on where the research is being conducted. Furthermore, as per the regulations and guidance set forth by the United Nations Convention on Biological Diversity and the Nagoya Protocol, negotiation of equitable access and benefit sharing agreements is required for such research .
Many plant-based therapies work via synergistic pathways. Synergism among compounds in a complex mixture presents unique difficulties as the scientific technology to study multiple compounds acting in unison on potentially multiple biological targets has not yet been fully developed. On the other hand, it could be argued that the synergistic activity of certain plant extracts may present a unique opportunity in the face of growing antibiotic resistance. It raises the question of whether more chemically complex formulations can outlast monotherapies by making it more difficult for microbes to evolve resistance to a multi-sided attack.

The right combination of Chinese herbal medicine can also have a great detoxifying and softening effect. The practice of relaxing and opening the liver, like all regenerative practice, requires us to find the most effective means in our own case. And once we do, once we allow the liver to easefully control its functions again, the body’s native intelligence comes into play, naturally restoring both its free flow and our reception of what is greater.

+ Keep the circulatory pathways in the heart open and unobstructed.
+ Keep stress and inflammation off the heart.

Chinese herbal medicine philosophy recognizes the following foods as regenerative for the heart:

Chinese herbal medicine philosophy recognizes the following herbs and plants as regenerative for the heart:

+ Keep the water and the fire of the kidneys strong and in balance.
+ Keep the lower part of the body free of inflammation.

The mysterious play of fire and water that creates human life has its roots deep in the kidneys, according to Traditional Chinese Medicine. The body’s furnace, the kidneys contain both our basal metabolic yang life-fire, which is the foundation heat of our very existence, and the watery yin, which is the rich, living essence of life. It is this play between yin and yang that makes our lives possible: The yang fire brings to life the otherwise dormant yin, allowing it to engender our blood, lymph, and reproductive fluids; while the yin prevents the yang from consuming us whole. Together, the two create the steam, or qi, which allows us to live and move.

Modern-day Native American cuisine is varied.The use of indigenous domesticated and wild food ingredients can represent Native American food and cuisine.North American native cuisine can differ somewhat from Southwestern and Mexican cuisine in its simplicity and directness of flavor. The use of ramps, wild ginger, miners’ lettuce, and juniper berry can impart subtle flavours to various dishes. A chef preparing a Native American dish can adopt, create, and alter as their imagination dictates. 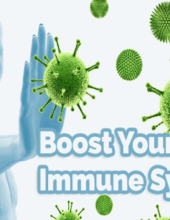 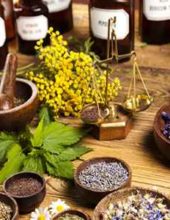 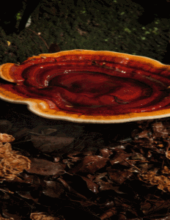