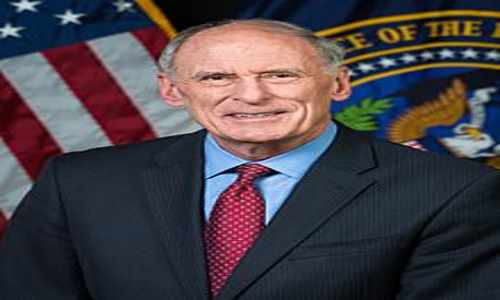 Hal Turner Commentary: For those who might be unfamiliar with how these things work, when a man in a position like Dan Coats, says what was just said – and says it publicly – it means the United States of America is going to war.

Listeners to the Hal Turner Radio Show, and visitors to this web site have been told for months that I expect military action against North Korea BEFORE MARCH 20.

I have published extensive articles on North Korea's military capabilities (HERE) and how those assets (nuclear, chemical and biological) can be used against the continental United States.

I have repeatedly urged all of you to get prepared for actual warfare against targets here in the United States; actual missiles hitting cities and towns HERE in the continental United States!  Actual "Sleeper Cells" of North Korean military, already planted here, to attack our infrastructure: Electrical Grid, Oil and gas pipelines, strategic highway bridges, railroad bridges, public water supplies.

For MONTHS I have been publicly telling you my suggested "preps" you should have to hope to survive.   For most, all these warnings and words fell on deaf ears.  Most of you didn't do diddly-squat.

Perhaps now, that the DNI is openly, publicly testifying to Congress about an "existential threat" – maybe you'll get your butt in-gear and prepare.  There is not a lot of time left, and when the shit actually hits the fan, you'll have a better chance of being struck by lightning, than getting any of the Preps you need.

When the attacks start happening, the whole country will be scrambling to get supplies – and just like the hundreds-of-thousands of morons who wait until the day before a Hurricane to do anything (and find themselves staring at empty store shelves) — a whole bunch of you will find yourself sitting with your thumb up your ass wihtout food, water, fuel, or electric . . . because you CHOSE to do nothing while you still could have done something.

Well, today is February 13, 2018.  Now we have the DNI publicly testifying to Congress that our nation is under "existential threat."  For those who graduated from public schools, the word "existential" means existence . . . our very existence is under threat.

When something threatens our very existence, it must be destroyed before it destroys us.  That's how these things work.

More on this as testimony continues today . . . check for updates.