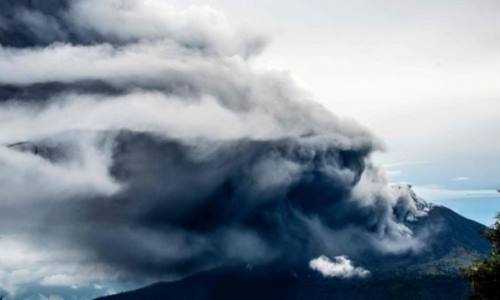 A volcano erupted suddenly in central Costa Rica today, belching smoke and ash up to 3,000m (9,840ft) into the air.  The volcanic ash is settling on several cities, sending hundreds of people to hospitals, complaining of breathing difficulties and skin problems. This took place despite assurances from Geological "experts" who said that swarms of small earthquakes in and near the volcano for the past few weeks "are not signs of an imminent eruption."  Some of those same "experts" have said the exact same words about three volcanoes on the US west coast which have suddenly begun experiencing earthquake swarms: Mt. Saint Helens, Mt. Hood and Mt. Rainier in Oregon and Washington states.

When the Costa Rica volcano erupted today, the "experts" were stunned and the public was totally unprepared.  Will this be the case on the US west coast as well?

Throughout Costa Rica, some schools were shut and some flights into the country cancelled or diverted.

Costa Rica's National Emergencies Commission has advised people to wear masks and tight clothing to protect their lungs and skin.

"It seems to me to be the strongest (Turrialba) eruption in the past six years," volcanologist Gino Gonzalez told reporters.

Costa Rica is home to dozens of volcanoes, but most of them are dormant.

Earthquake Swarms – Assurances of "No Eruption"

Prior to this eruption, there were several weeks of small earthquake swarms in-and-around the volcano, which experts did not believe signaled an eruption.  When the volcano erupted today, experts were shocked and the public was completely unprepared.

Similar swarms of earthquakes have begun at three US volcanoes, Mt. Saint Helens and Mt.Hood, in Oregon and Mt. Rainier in Washington.  Experts have told the public there "is no sign of imminent eruption" at any of these volcanoes, but given the exact same assurances were offered to the people in Costa Rica, one may have good cause to question the validity of those assurances.

You can read the story about the THREE US volcanoes that are experiencing earthquake swarms, HERE and learn how to prepare just in case the experts in the US are as WRONG as the experts in Costa Rica! 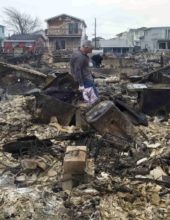 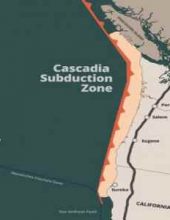