What Do They Know ? Why Are the Super Rich Leaving Major Cities ? 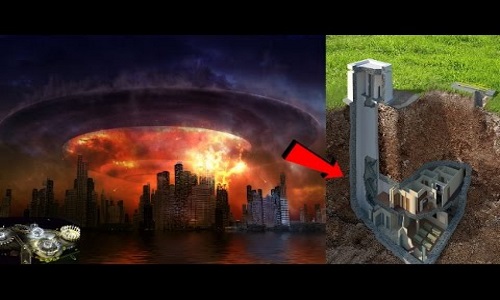 The elite are fleeing major cities around the globe at a staggering rate. In fact, the Chicago Tribune is reporting that approximately 3,000 millionaires left the city of Chicago alone during 2015. The same study discussed in that Chicago Tribune article found that 7,000 millionaires left Paris, France last year. So why is this happening? Why are thousands of millionaires suddenly packing up and moving away from the big cities? Could it be possible that they have many of the same concerns that “preppers” do about what is coming?

For quite a while, I have been writing about how the elite have been preparing for the coming collapse. But I had no idea that literally thousands of them are packing up and permanently leaving our major cities. As I mentioned above, the Chicago Tribune is reporting that about 3,000 of them left the city of Chicago alone during the previous calendar year…

The Collapse Is Most Likely Going To Occur In 2017 James Wesley Rawles , Prepare !!

Double Up On Your Prepping, The Collapse Is Most Likely Going To Occur In 2017

James Wesley, Rawles is a internationally recognized authority on family disaster preparedness and survivalism. He has been described by journalists as the "conscience of survivalism." Formerly a U.S. Army intelligence officer, Rawles is now a fiction and nonfiction author, as well as a rancher. He and his family live at a remote self-sufficient ranch surrounded by National Forest lands that is is cryptically identified as located "somewhere west of the Rockies.