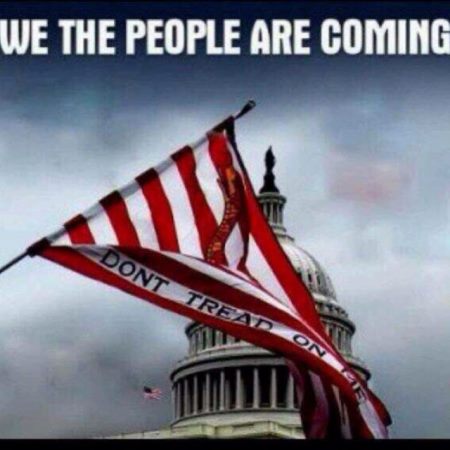 Ladies and Gentlemen of America… We have a HUGE problem in Washington, DC as of May 16, 2014. My name is Sharaud Norman. I’m an Army Veteran and my job title was Information Systems Analyst. I possessed a SECRET Clearance and I worked under General Abrams during the 9/11 era… I know my Government VERY well. I now do social media marketing, music, and part-time reporting on various World incidents that are missed by our mainstream media.

I will tell you this… When information online is starting to get CENSORED in real time, it is a telltale sign that our very Freedom of Speech being taken away. Even though whole Youtube Channels have not come down “yet”, we have to start asking ourselves…. When will it happen? When will our corrupt Government “pull the plug”? We all know that it is only a matter of time. Are we prepared to NETWORK in real time when they do pull the plug on Free Speech and Internet Access?

The United States Government owns the Internet and EVERY “Incorporated” Company is on their roster. We as American Citizens have become last on our Leader’s list of priorities. This is fundamentally backwards and the very definition of a perverse and corrupt Government. Barack Obama has NOT enacted on behalf of the United States Citizens. He has instead been supplying our enemies that have KILLED our soldiers in Afghanistan and Iraq with our very own American Weapons. This is just the tip of the iceberg on the list of indictments against President Barack Obama and members of the United States Government. They have been amazing at providing disinformation to the public to make our Leaders look like “Gods” instead of the elected officials that they are. Remember they are suppose to WORK for US.

So as you all know Operation America Spring is underway in Washington, DC as of RIGHT NOW!! The website for the event is www.operationamericanspring.org … Our Brothers and Sisters around the Country and around the World are starting to WAKE UP!! Never in my lifetime did I think that a situation would happen like this in the Country that I risked my Life defending. Never…. Because we are in threat of LOSING our United States Constitution and Bill of Rights to LAWLESS ENTITIES, our Brothers and Sisters Globally are coming together to combat this tremendous TYRANNY. Yes my sharp tone may be alarming… The times truly call for it. We are in “Make It or Break It” mode in America. NOW is the time to take action for our GOD-GIVEN Rights. How? By simply showing up and PEACEFULLY standing with our Brothers and Sisters.

I know people that can’t join Operation American Spring and I understand that. All I’m asking everyone to do is this one thing…… “SHARE” this article with your Family and Friends. DO NOT deprive them of the knowledge that something BIG is going on while they ignorantly sit and watch their normal sitcoms and local brainwashing News. THIS sounds harsh but it is REALITY. Our Government and BIG BANKING INDUSTRY oppressors know that they have been using PsyOps and Eugenic-based beliefs to steer our Lives and this Economy into the ground. They laugh at the thought that we are becoming a Godless, immoral Nation who appear to be powerless and dumb. They TRULY believe that they are ELITE and we are just sheep. It’s time to wake up and realize what the truth is my friends. Operation American Spring is that opportunity!!

If you can’t attend Operation American Spring do like me…. SHARE, SHARE, and SHARE some more!! Let’s get this word out their so hard and heavy that the National Media has NO CHOICE but to VOICE THE AMERICAN PEOPLE… NOT OUR CORRUPT LEADERS!! US….. Our POWER lies in BREAKING the bond of the Government and the National Media…. How? Through simple passive resistance and sharing this word with everyone. Simply standing in the Nation’s Capital and not leaving until our President answers the call and STOPS running from the American Peoples’ questions is our FIRST STEP to getting on the road to getting our Country back. The time is now. The time is now Mr. President… We are NOT Anonymous. We are the American People.