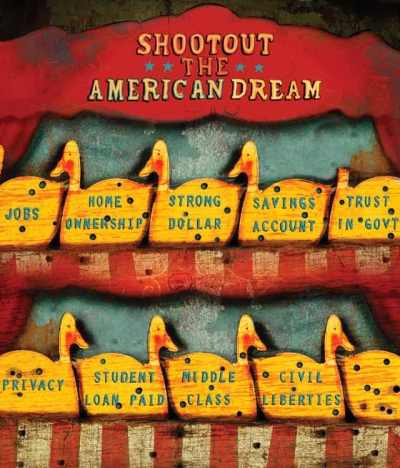 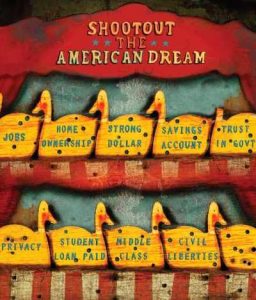 Some present the term “doom and gloom” as if it is a recent phenomenon made up by a cottage industry of conspiracy theorists to profit from rallying the American people to fight against some imaginary enemy that poses no real  threat. Selling fear is the most common allegation.

The doom and gloom facing this country is not a recent, pop phenomenon. These events have been decades in the making, for it is hard to slay a nation as great as America once was. It took several generations for the globalists to destroy the foundations of this country.

There was a time that this country could have still saved itself. We could have occupied the “Bastards from Basel” and laid waste to any power that would have opposed our Republic and what it stood for.

When did America cross that threshold and when did the US begin to crumble as an empire?

There are 12 key dates that Americas can point to in terms of pinpointing when America began to crumble:

1. The year 1913 is an important year because it marked the year that the banksters totally gained control over our economy through the passage of the Federal Reserve Act. This culminated in the bankers removing America from the gold standard and marked the ushering in of controlling America through debt management.

2. In 1944, at the Bretton Woods Agreement Conference, the United States totally surrendered its sovereignty to the forces to the Rothschild/Rockefeller banking forces by forcing the nations of the world to accept the dictates of the centralized banking system.

3. In 1947, the NSA and CIA became operational and marked the birth of the national police state surveillance grid. The CIA, an outgrowth of the WWII spy organization, the OSS, became a permanent structure in the American landscape. Today, the CIA is a private corporation which operates as a prostitute for global banking interests as they do not represent the United States.

4. In 1948, we witnessed the creation of the United Nations on land donated by the Rockefeller family. This marked the beginning the end of political sovereignty of the United States. Mark my words, when the gun confiscation troops come to your home, they will be UN blue-helmeted troops operating under the authority of the UN Small Arms Treaty, which John Kerry recently and unconstitutionally signed without the required approval of the Senate. Certainly, the creation of ICELEI and Agenda 21 has UN origins and this cancer upon America, has its roots in the United Nations.

5. The 1960 election was primarily determined by the images on television as the underdog, the charismatic JFK, defeated the favorite, Richard Nixon. Since that time, many Americans have been conditioned to ignore the encroachment of tyranny because of television and the subsequent propagandizing of this medium of communication.

6. The outlawing of prayer in the classroom in 1962 was a key date with regard to the loss of moral authority in our country. Although Congress and the Supreme Court begin each session with a prayer, our children were taught that secular authority reigned supreme over God’s word. In the five decades since America cross this threshold, what has happened to moral integrity of this country?

7. In 1968, the United States became an nation that imported more than it exported as Congress allowed corporations, with impunity, to relocate overseas for reasons of cheap labor and monopolistic price-fixing. This trend continued through the free trade agreements until, today, we have a mere 14% left of what once our proud American manufacturing base.

8. On September 11, 2001, the national police state surveillance grid reached maturity. This event created, under the guise of national security, the American Stasi: The Department of Homeland Security. It is also created the Patriot Acts in which every communication that we engage in is monitored, but only for our own protection of course. This event also gave license to blue-uniformed, pot-bellied perverts to commit sexual assault upon the American traveling public through the creation of the TSA. It also gave rise to the prominence of FEMA to control every resource, every asset and even our freedom.

9. In 2008, this nation elected Obama to the presidency despite serious questions regarding his true nationality, his stunning lack of political experience and his decided lack of devotion to the Constitutional ideals emanating from the days of his “community activism” and his subsequent mentoring and support from former Weathermen Underground leaders, Bill Ayers and Bernadine Dorne. Can anyone name even one thing that this President has accomplished on behalf of the American people? Please just name one thing? . . . That is what I thought.

10. In 2010, America committed economic suicide through the passage and eventual administration of Obamacare. Obamacare will lead to the premature deaths of millions of American through the denial of medical service in deference to corporate profits, it will eventually lead to the economic death of the nation through the destruction of small business, the backbone of America, through mandated medical care coverage for employees of small businesses. This set into motion that our biggest employer, small business, was going to fail in large numbers.

11. In 2011, the United States blew up the United States Constitution when Congress passed the National Defense Authorization Act (NDAA). The NDAA obliterated all civil liberties because this marked the day that our government became the Gestapo, the Stasi and the KGB all rolled into one organization. Any government that can imprison and indefinitely detain its citizens without due process of law is an unmasked dictatorship which has genocidal intentions waiting in the wings.

12. The twelfth and final date, from 1870- present, contains the date that Rockefeller’s Standard Oil set into motion the creation of the American corporatocracy in which corporations, not citizens run the government of the United States.

The American people could have stopped the tyranny in its tracks if they would have done one thing. And that one thing would have been to outlaw every campaign contribution and lobbying effort by the corporations which turned our elected representatives into a pack of hedonistic whores. This idea is simple but would have proven effective, if we would have had the moral courage to enforce this concept.

To those that accuse myself and my brethren of fear mongering and promoting doom and gloom, it should be obvious that the destruction of this country has been in the works for a lot longer than anyone of us has been writing and broadcasting. To these people, I say please step aside and let the real men and women of this country do their job, which is to wake up enough people so we can at least attempt to oppose the imposition of the New World Order.

In the next part of this series, I am going to cover the threats to our way of life and existence on a micro level as the effects of these 12 dates have come to roost in the dismantling of our daily lives.

Dave is an award winning psychology, statistics and research professor, a college basketball coach, a mental health counselor, a political activist and writer who has published dozens of editorials and articles in several publications such as Freedoms Phoenix, News With Views andThe Arizona Republic. The Common Sense Show features a wide variety of important topics that range from the loss of constitutional liberties, to the subsequent implementation of a police state under world governance, to exploring the limits of human potential. The primary purpose of The Common Sense Show is to provide Americans with the tools necessary to reclaim both our individual and national sovereignty. 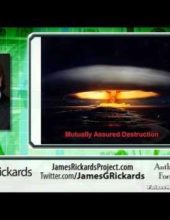 Intelligence Insider Reveals Framework Of the Next World War: “This is How You Have to Think About Escalation and End Games” 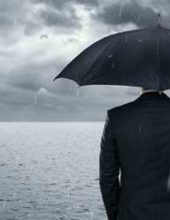 Preparing for Economic Instability: Six Ways to Ready Yourself For the Inevitable 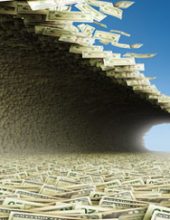