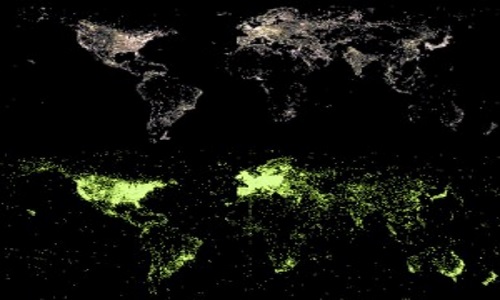 Global leaders have tried just about everything that they can think of, but the coming global financial catastrophe continues to march steadily toward us.  We have seen “stimulus packages”, quantitative easing, bond buying, interest rate cuts, emergency economic summits, bailout packages for banks, bailout packages for entire nations, “Operation Twist”, unprecedented government intervention in business and massive amounts of new government debt and yet nothing seems to revive the global economy.  In fact, it looks like we are rapidly heading into the second dip of a “double dip recession”.  Unfortunately, many believe that this next dip will be more like a full-blown depression.  All over the world, top economic experts are warning that we are facing an unprecedented crisis of debt and insolvency that will result in a global financial catastrophe.  The eurozone is drowning in debt, the U.S. government is drowning in debt and major banks all over the globe are drowning in debt.  Global authorities have been trying to patch the system together and keep it going, but the incredible damage that all of this debt has done is now becoming apparent to everyone.  The global debt bubble that has fueled prosperity in the western world for the last several decades is getting ready to burst, and when that happens the chaos that will result will be absolutely horrifying.

The following are 19 warnings about a coming global financial catastrophe….

1. “Dr. Doom” Nouriel Roubini says that the rapidly approaching financial crisis will be even worse than 2008….

“Worse because like 2008 you will have an economic and financial crisis but unlike 2008, you are running out of policy bullets. In 2008, you could cut rates; do QE1, QE2; you could do fiscal stimulus; you could backstop/ringfence/guarantee banks and everybody else. Today, more QEs are becoming less and less effective because the problems are of solvency not liquidity. Fiscal deficits are already so large and you cannot bail out the banks because 1) there is a political opposition to it; and 2) governments are near-insolvent – they cannot bailout themselves let alone their banks. The problem is that we are running out of policy rabbits to pull out of the hat!”

“This situation is unprecedented. The world has never, ever been in a condition like this. As a result, anyone that is complacent here and says, ‘This is just business as usual,’ they are dead wrong and will be shocked at the chaos that is heading our way.”

“Just because now you have a way to get them (the banks) to borrow even more money, this is not solving the problem, this is making the problem worse”

“We’re in a situation of total emergency, the worst crisis we have ever lived through”

You know, this deal makes things worse not better. A hundred billion [euro] is put up for the Spanish banking system, and 20 per cent of that money has to come from Italy. And under the deal the Italians have to lend to the Spanish banks at 3 per cent but to get that money they have to borrow on the markets at 7 per cent. It‘s genius isn’t it. It really is brilliant.

So what we are doing with this package is we are actually driving countries like Italy towards needing to be bailed out themselves.

In addition to that, we put a further 10 per cent on Spanish national debt and I tell you, any banking analyst will tell you, 100 billion does not solve the Spanish banking problem, it would need to be more like 400 billion.

And with Greece teetering on the edge of Euro withdrawal, the real elephant in the room is that once Greece leaves, the ECB, the European Central Bank is bust. It’s gone.

It has 444 billion euros worth of exposure to the bailed-out countries and to rectify that you’ll need to have a cash call from Ireland, Spain, Portugal, Greece and Italy. You couldn’t make it up could you!

Angela Merkel is up for re-election next year. There is no way on earth she’ll opt to let Germany get dragged down by the EU. She’s even said she will not allow Eurobonds for “as long as [she] lives.”

This is not empty rhetoric. This is fact. Germany has expressed its intentions dozens of times in the last month: NO Eurobonds and NO guarantee of EU banking deposits.

The reasons for this are simple: EITHER option renders Germany insolvent. It’s already teetering on insolvency to begin with. But to allow Eurobonds or some kind of guarantee of the EU banking system to occur on top of the money Germany has already spent propping up the EU will take Germany down.

The German economy is already slowing. Most Germans are fed up with the Euro. Merkel would rather die than let her country become like Greece (which the creation of Eurobonds or EU deposit guarantees would most assuredly result in).

So Germany is tapped out as well. This leaves… NOBODY.

Again, Europe is out of money. End of story. This is the truth and investing based on the idea of some magical bailout occurring is like investing on Hank Paulson’s Bazooka policy for Fannie and Freddie (three months later the markets imploded).

“I think we’re still in a depression. I think it’s going to be with us for years and years. It could be five or ten years; it could be longer, depending on how long it takes us to recognize our mistakes so that we can begin to reverse them”

“There are a lot of ugly forces being unleashed in our societies on both sides of the Atlantic because our economic policy has been such a dismal failure, because we are refusing to listen to the lessons of history. We may look back at this thirty years from now and say, ‘That is when it all fell apart.’ And by all, I don’t just mean the economy.”

“In the last few months, the global outlook has been more worrying for Europe, the United States and large emerging markets”

“With euro break-up risk likely to rise in the second half of the year and monetary policy looking increasingly impotent, things could get much worse before they get better.”

“We now have 80% of the world posting a contraction in industrial activity.“

13. Lakshman Achuthan, the co-founder of the Economic Cycle Research Institute….

“What we said back in December was that we thought the most likely start date for the recession would be in Q1, and if not then, by the middle of 2012. I’m here to reaffirm that.

When you look at the data today, you see industrial production is off of its April high. Manufacturing and trade sales – much broader than retail sales – is off of its December high.

Real personal income growth, which doesn’t always go negative during a recession, has been negative for several months.”

“The global economy is in the midst of a synchronized slowdown, as reinforced by the recent spate of weak economic data”

“Companies are clearly preparing for worse to come, cutting back on both staff numbers and stocks of raw materials at the fastest rates for two-and-a-half years”

“With the eurozone likely having suffered appreciable GDP contraction in the second quarter and in grave danger of contracting again in the third, and with eurozone business confidence generally low and fragile, the likelihood is that the eurozone unemployment rate will move significantly higher over the coming months”

If we keep deficit spending we are simply debasing the purchasing power of the common man in a puerile attempt to pacify the people and avoid holding the financiers who were responsible for this debacle, including Bernanke, Greenspan, Paulson and Geithner along with both Obama and George W Bush to account.  This attempt is mathematically doomed to fail as median family income has not moved which means that we’re shifting an ever-greater part of the population to social programs like food stamps and other handouts while the taxpaying productive population continues to shrink.

This is exactly how Greece and Spain went down the bowl and we’re right behind them unless we stop this crap right now.

We must stop the stupid right now!

Arithmetic is a bitch.  It’s politically agnostic and cold-hearted.  Exponential growth, as I have repeatedly pointed out, is utterly unsustainable over the long term.  It doesn’t matter if you want these sorts of schemes to work or not; the longer you continue to pretend that there is some path forward that achieves these goals the worse the outcome is when you discover that you’re wrong.

“LEAP/E2020 has never seen the chronological convergence of such a series of explosive and so fundamental factors (economy, finances, geopolitical…) since 2006, the start of its work on the global systemic crisis. Logically, in our modest attempt to regularly publish a “crisis weather forecast”, we must therefore give our readers a “Red Alert” because the upcoming events which are readying themselves to shake the world system next September/ October belong to this category.”

“The Bond market is finished, We all knew that there is a bubble in the bond market, This is the coup de grace that will not pop the bubble, but make it explode with the force of a thousand suns. America will be broke and barren in a blink of an eye! These are two events that I have been warning about are ones that will end your life on this planet as you know it. Your cash will be worthless, your country at a standstill, No money, No food, no essential services, AND WHEN IT ALL STOPS….. YOU STOP.”

So what do you think about these warnings?

Are you concerned that a global financial catastrophe is coming? 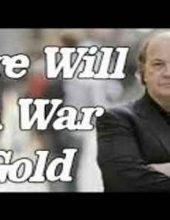 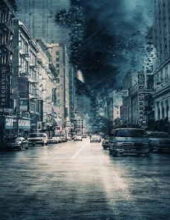