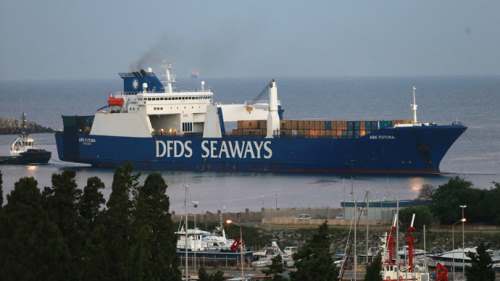 Some 200 tons of toxic chemicals have been delivered to the UK from Syria after the battle torn country agreed to the destruction of its stockpile last year.

Industrial grade chemicals, intended for the production of chemical weapons, are being unloaded from a ship at Marchwood Port in Hampshire before being transported by road to Ellesmere Port in Cheshire for incineration by Veolia Environmental Services.

The operation has been overseen by the Organisation for the Prohibition of Chemical Weapons (OPCW) and the United Nations. Many European nations, the US, Russia and China will also play key roles.

The chemicals were delivered to Marchwood by the Danish ship Ark Futura, with inspectors from the OPCW on hand to verify the delivery of the shipment.

The “B” chemicals are industrial grade chemicals, as distinct from chemical weapon agents. “B” precursors only become highly toxic when mixed with an “A” precursor to make a nerve agent, none of which is coming to the UK.

“The plans for their destruction in the UK result from the extraordinary united effort of the international community in coming together, first to force Assad to give up his chemical stockpile, then, despite constant obstruction and delay from Damascus, to remove that stockpile from Syria for destruction overseas,” said a UK Foreign Office spokesman.

“The UK can take pride in its contribution, offering specialized industrial facilities capable of safely destroying a significant proportion of the overall stockpile.”

Syria agreed to the destruction of its chemical weapons stockpile last year when a deal was reached after a sarin gas attack on a rebel-held suburb of Damascus. Western powers said only Syrian government forces could have carried out the assault, but President Bashar al-Assad put the blame with rebel fighters.

Syria continues to be ravaged by the conflict which began with the uprising against President Bashar Assad in March 2011. More than 170,000 people have died since the conflict began and an estimated two million refugees have fled the carnage. 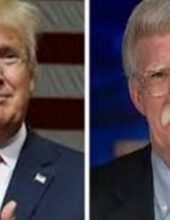 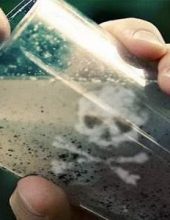