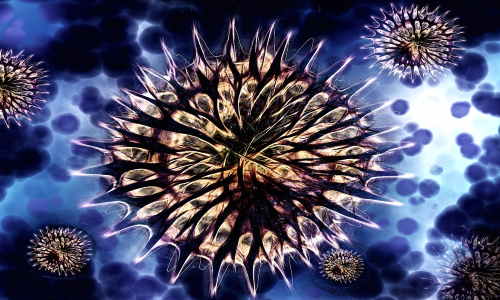 Why are we suddenly seeing so many cases of flesh-eating disease all along the east coast of the United States?  For years, flesh-eating bacterial infections were so rare in the U.S. that even a single case would make national headlines.  But here in 2019 the news is telling us that we are seeing flesh-eating infections “at a rate much higher than in previous years”, and this outbreak really seems to have escalated dramatically over the last couple of months.  In fact, I found so many cases as I was doing research for this article that I had to simply stop reading at one point or I would have never gotten this article done in time.  So in this article I will be sharing quite a few examples with you, but it is far from an exhaustive list.

Let’s start with a Tennessee man that was just killed by flesh-eating bacteria after a trip to the Florida panhandle.  This is what his daughter had to say about his death…

“About 4:00 a.m. Saturday morning, 12 hours after we were in the water, he woke up with a fever, chills and some cramping. … They got to the hospital in Memphis around 8 p.m.,” Wiygul said in the post. “They took him back immediately. As they were helping him get changed into his hospital gown they saw this terribly swollen black spot on his back that was not there before.”

The man’s condition worsened over the next several hours. His immune system had been weakened by a bout with cancer, the daughter said, and he died Sunday afternoon.

That is how fast flesh-eating disease can kill you.  If it is not treated immediately, there is a good chance you will die.

And it doesn’t take much.  One woman that had just moved to Florida recently died after getting a small cut on her leg “while walking along the coast on Anna Maria Island”…

A woman died two weeks after cutting her leg while walking along the coast on Anna Maria Island, Florida, according to her family. Her leg became infected with necrotizing fasciitis, commonly called flesh-eating bacteria.

A life in Florida had long been the dream of Carolyn “Lynn” Fleming, who was originally from Pittsburgh but was most recently a resident of Ellenton, Florida.

I apologize in advance if I am ruining your future Florida vacation plans, but the truth is that a lot of these cases are happening along the Florida coastline.

Tyler King was at work in Santa Rosa Beach, Florida, last week, when he noticed his left bicep starting to swell. He tried taking Benadryl but just a few hours later his arm had nearly tripled in size. He rushed to the emergency room.

“When I was a little bit younger, I probably would have tried to tough it out. Well, that would have been the worst thing that I could do,” King said. “If I had gone to sleep … and had woke up with it at the rate it was spreading, I might not have an arm right now.”

If your immune system has been compromised by another illness, that is certainly not going to help, but even very young, very healthy individuals are being attacked as well.  According to Inside Edition, a 12-year-old girl almost lost her leg recently after getting infected by flesh-eating bacteria while on a family vacation…

A 12-year-old girl who was infected with an often deadly flesh-eating bacteria is walking again, just weeks after contracting it while wading in the ocean on a family vacation.

Kylei Parker knew something was wrong a few days after the Indiana clan arrived in Florida. Her leg hurt and she was running a fever.

When the family got home, her mother took her to the doctor after her temperature spiked at 104.5 degrees. The physician sent them straight to the hospital, where she was diagnosed with necrotizing fasciitis, a fast-moving, flesh-eating disease that could have killed her, doctors said.

If you think that you may have flesh-eating disease, you will want to take action as quickly as possible.

According to the CDC, common symptoms include “a fever, dizziness, or nausea soon after an injury or surgery”…

Necrotizing fasciitis (NECK-re-tie-zing FASH-e-i-tis) is a rare bacterial infection that spreads quickly in the body and can cause death. Accurate diagnosis, rapid antibiotic treatment, and prompt surgery are important to stopping this infection. See a doctor right away if you have a fever, dizziness, or nausea soon after an injury or surgery.

Unfortunately, that would cover just about all of us.

After all, who among us doesn’t have a single cut, scrape, sore, wound or insect bite?  During the summer, insect bites are exceedingly common in warm weather areas, and all it takes is one for the bacteria to gain entrance.

And I know that all of my examples so far have been from Florida, but let me give you some from farther north along the east coast.

For example, one woman recently got attacked after “just ten minutes in the water” at a beach in Virginia…

Amanda Edwards can laugh today thinking back on her potentially fatal health scare after spending just ten minutes in the water at a Virginia beach.

“I was just like, ‘Oh my goodness… my leg is gonna fall off,’” Edwards chuckled. “That’s the only thing I could keep thinking.”

She told WTKR she contracted a flesh-eating staph infection during a day of fun at Norfolk’s Ocean View Beach. She said the infection spread quickly.

In another instance, a young boy “had red spots all over his body by the next morning” after a trip to a beach in Maryland…

A woman says a trip to a Maryland beach left her son covered in wounds from flesh-eating bacteria. The Daily Times of Salisbury reports Brittany Carey says her son went swimming off the coast of Ocean City last week and had red spots all over his body by the next morning.

And it is exceedingly rare to see any cases at all along the Delaware coast, but according to Scientific American one recent report noted five “severe” cases…

The report authors described five cases of severe flesh-eating bacterial infections in people who were exposed to water or seafood from the Delaware Bay, which sits between Delaware and New Jersey. Such infections have historically been rare in the Delaware Bay, as the bacterium responsible for the disease, called Vibrio vulnificus, prefers warmer waters, such as those in the Gulf of Mexico.

So what is causing this extraordinary change?

Could it be possible that we have stumbled upon another element of “the perfect storm” that I keep talking about?

We seem to have entered a time when nature is behaving in some extremely strange ways.  It would be great if the experts could explain all of the weird things that we are seeing, but they can’t.

I don’t know about you, but for now I am definitely staying out of the ocean.  If something is causing a population explosion of flesh-eating bacteria along our coastlines, I don’t want to mess with it. 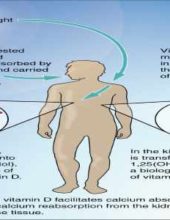