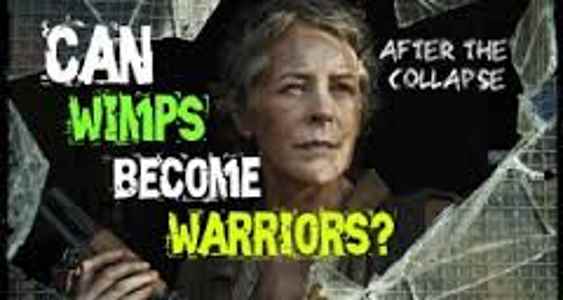 In today's society there is much that is repressed inside a person in order to be part of the norm. Wimps may hide certain "warrior" traits due maybe to the labelling from other people early on in childhood. Where a big man who may be a coward and doesn't possess the drive to win is viewed as a big tuff guy and plays the part, once again due to labelling at an early age because of his size. I believe a wimp can be a warrior if the wimp already possess the appropriate traits. For the wimp who doesn't already possess these traits it will be a long and hard journey, if he lives long enough. This said, I believe that the wimp without warrior traits can be a commodity, for he may be very ingenious or possess great oratory and diplomatic ability. His strengths may not reside in the warrior realm but within the philosophical and this can prove invaluable.(youtube)

RELATED : 15 Tactics for Self Defense that Can Save Your Life

RELATED : 5 Tips For Preparing A Defense Against Home Invasion