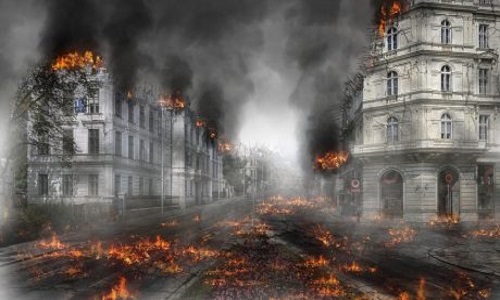 Economic and market conditions are eerily like they were in late 2007/early 2008.

Remember back then? Everything was going great.

US stocks jump, but markets still on edge. New budget deal, Trump infrastructure plan will increase US federal spending and deficits. Bitcoin stable at around $8,000. Is the interest rate decline that began in the 1980s finally over? Israel and Iran move closer to war. Gold and silver bounce off recent low as technicals become more positive.

If you're concerned about the Dow falling an ominous 666 points on Friday amid other economic indicators looking sound, or you're worried because on Monday it tumbled more than 1,100 points in its biggest-ever point drop, you can remain calm. The market is just experiencing regime change.

That is to say, the specific economic conditions in which we now find ourselves have changed the market as the world has known it for almost a decade. The winds have changed, and Wall Street is getting to know its new master. It's a painful process.

Now, in one word, the culprit for all of this is inflation.

For the first time since the financial crisis, it has begun to reappear on the face of the earth in a meaningful way. One would think that the prospect of its reemergence after years of waiting would be cause for celebration — but again, against our current economic backdrop, it's cause for caution.
This situation has only gotten worse. We lurch from fiscal crisis to fiscal crisis, worsened by a lack of leadership from the White House. This week, we face the prospect of yet another government shutdown because Congress can't pass a budget. This never makes markets happy.

What's worse, if we pass another temporary measure to keep the government running and kick the budget-making can down the road, we could potentially be trying to cobble together a budget while also debating whether to raise the debt ceiling. Very fitting.

There will be prayers sent up from all over Manhattan, but the market is unlikely to simply turn around and go back to being the sleepy, always-rallying creature it used to be. The world has changed materially, so the market is changing with it. That will be a more treacherous environment for some who navigate it, but others will be more suited to it.

The elite have long viewed a rising population as a threat to their dominance. They realized that eventually a large number of people will inevitably overthrow and remove them from power. They are particularly concerned with the middle class whose intelligence and capacity to organize makes them the biggest threat. Consequently, the elite plan to destroy the middle class and make all the of public equally poor and thus incapable of rebelling. As written on the Georgia Guidestones, they want a global population of just 500 million. This means 6+ billion people must die over the coming century.

In order to bring about global governance it is imperative that communism and capitalism be merged into a new system where economic control remains and is concentrated in private hands and social control is based on collectivism. As established by a U.S congressional investigation headed by Senator Norman Dodd into the great foundations back in the 1960’s, this was in fact one of the main purposes for which the foundations were created.

Last year, I nearly bet my blog that the stock market would crash in the fall. In fact, I wrote that into an article and later mentioned that I had made that bet. When I went back to look for it months later (when it still wasn’t clear what the plunge in Sept.-Oct., 2017, really was), I found I must have thought the better of going out on that limb and taken the bet out before publishing the article. Searching back through several articles, I couldn’t find it.

Though I stopped short of betting my blog, I did predict a stock market crash for the fall of 2017. For several months after that, it may have looked to some readers here like I was wrong. I sometimes wondered myself. Now, I think a strong case can be made that the October 2017 plunge, to which the present equal plunge is being compared, was the first major foreshock of a bear market that has been unfolding ever since and is now developing into a full-blow economic collapse.

Therefore, I am going on record now as betting my blog that we are, in fact, in an unfolding stock market crash and a global economic collapse. Many still don’t see it that way (a.k.a. folks like Cramer who see it as a bear market that will end soon). So, I’m not making this bet after the fact. Many Wall St. gurus, in fact, still do not agree that we are in bear-market territory, much less a full-blown stock market crash. We won’t know who is right until we have enough of it behind us to know for certain what to call it.

My bet is this: If the present downturn does not develop into a stock market crash that is also part of a global economic collapse, I’ll stop writing this blog. To be more specific, before this bear is done raging, I am betting the stock market will be down more than 20% and may eventually drop as much as 60%. In fact, I believe the world is entering an economic apocalypse because the bursting of the recovery illusion that so many have put their stock in (literally) is going to be horrifying for all of those who have believed in it and very difficult for even the prepared.

Preparing for an economic collapse

Twenty years ago, most people would have said you were crazy for thinking our system could collapse. Even today, most of our country is either unaware, or has forgotten how closely we came to a complete collapse of the financial system during the banking crisis of 2008.

Here we sit five years after our government spent $700+ billion to bail out a system they told us would never fail, and our system is still in just as much danger of collapse as it was in 2008, maybe more. If you’re not prepared, you need to start taking steps to protect yourself and your family from future troubles.

Before depositing any kind of money in the bank, you need to research the financial soundness of that bank. Since the so-called end of the financial crisis, when the government spent over $700 billion dollars to “fix the system”, over 440 banks have failed.

That means almost every week since 2008, the FDIC has had to shut down at least one troubled bank. It’s estimated that they have already had to pay out over $65 billion to cover these FDIC insured deposits.

While many people believe they’re money is protected by the FDIC, the simple truth is, there’s not enough money to protect everyone. If the system collapses, your FDIC insured account is anything but certain.

Realize your dollars may become worthless.

You must seriously look at the possibility of an all-out collapse of the system. If this were to happen, your dollars would quickly become worthless.

You must start to take a balanced approach to being financially prepared for the future. While investing in your financial future is important, the same can most definitely be said for investing in your ability to survive future disasters. If you haven’t started preparing for the possibility of economic troubles, now is the time to seriously consider stocking up to survive future problems, financial or otherwise.

To do this I recommend investing in long-term consumable goods.

This means stocking up on items that you will need and use in the future, or stocking items that you can barter with in case the system fails.  By stocking up on food, water, survival gear & supplies, and bartering goods; you will have a nice stockpile of supplies that will help see you through almost any disaster situation.

Another upside to investing in consumable goods is these goods are completely secure from financial market volatility, and will continue to hold their value after the collapse. In fact, most consumables will probably skyrocket in value in a post collapse world.

Always have cash on hand.

If you’re wondering why I recommend keeping cash, especially after telling you your dollars may become worthless, you need to realize that during the initial stages of a collapse, most people are going to be doing anything they can to get their hands on money.

People do what they know; during an economic collapse, 99% of the population will still perceive paper currency as something that has value. Most will be in denial, making your paper money useful for buying goods for at least a couple of weeks after the collapse, maybe months. If you’re 100% certain the system has collapsed, you should immediately use this money to stock up on any last-minute supplies or bartering items.

Remember, you can’t count on any of the money you have in the bank; most banks simply don’t have enough cash to deal with a run on the bank. During a collapse situation, your money is probably as good as gone. To prepare for the possibility of collapse, you need to have some cash on hand at all times.

While I would never advise anyone to completely give up on our financial system, I do advise preparing for a worst case scenario.

There are some very real problems that have yet to be addressed by our politicians in Washington. When it comes to protecting your wealth, and ensuring you will be able to live a comfortable life in the future, you are the only person that can guarantee your long-term financial security. You must decide what that means for yourself and your family, and then take the necessary steps to ensure your future security. 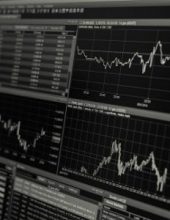