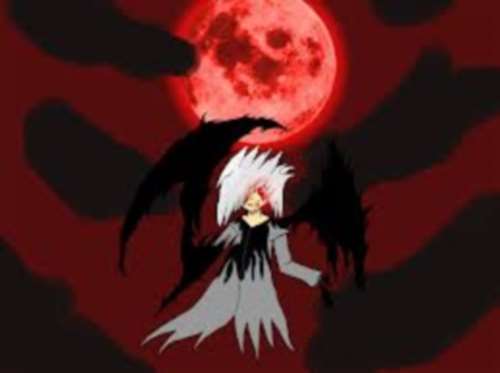 The criminal cabal that hijacked the Republic of the United States of America and turned it into a global pariah have been cornered to a point where they must either surrender or die. This is becoming obvious on many levels. For example, last week even the member nations of the globalist International Monetary Fund lined up 187 to 1 against the United States in an effort to get them to relinquish their veto control of that institution.

Even more troubling for the families that control the Federal Reserve Board has been the massive ongoing attack on their petrodollar. In particular, the situation in the Ukraine is turning into a historical cabal defeat.

President Vladimir Putin of Russia has begun insisting that Europe and the Ukraine pay for their supplies of Russian gas with something other than US dollars. The Europeans have little choice but to agree to this, thus sealing the fate of the petrodollar.

US Corporate Government President Barack Obama, working under orders from puppet masters like George Soros, tried convincing the Middle Eastern oil producing countries to drive down the price of oil and bankrupt Russia but was rebuffed.

Obama then turned around and went to the Chinese where, according to Chinese government sources, he offered to hand over to China control over all of South East Asia and Japan if China agreed to use the People’s Liberation Army to put pressure on Russia. The Chinese, however, are fully aware that Obama represents the same regime that tried to kill most of China’s population with ethnically targeted bio-weapons a few years ago and thus will not make a deal with them against Russia.

The Chinese however, are insisting that the United Nations move its headquarters to Asia and reform its security council so that it more accurately represents the population of the planet earth. They are also coming to the conclusion that the cabal has no intention of handing over control of the World Bank or the IMF so they are preparing to set up a new institution that will have far more funds available to it than both the World Bank and the IMF combined.

The Europeans, for their part, have begun supplying Tesla free energy technology to countries that do not have their own oil and gas resources, like India and Japan, as part of their move against the petrodollar. They want to make sure that there is an option other than a China/Russia or China/US petrocurrency for these countries.

It is in this context that Obama is coming to Japan later this month where no doubt he will ask the Abe slave government to help it attack China and Russia, something that will not happen because neither the Japanese military nor the Pentagon forces in Asia are about to go along with such a plan.

Few can forget the fact that Obama represents a widely hated pariah regime. Let us review exactly what sort of regime Obama represents by looking at its activities over the recent past. First of all, this regime remotely hijacked Malaysian airlines flight 370 and flew it, via Diego Garcia Island and Israel to Florida, where it was loaded with a nuclear weapon. This plane was then flown towards Holland where it was used as a threat against world leaders gathered there for a “nuclear terror summit.” The plane was stopped by the Dutch air-force and, the only thing this stunt accomplished, was further alienate the Europeans from the US corporate government.

After his threats failed, Obama asked both Iran and Saudi Arabia (as mentioned above) to help drive the price of oil down and bankrupt Russia. The Saudis, who would face revolution overnight if they ran out of money to bribe their population, are not in a position to drive the price of oil down. Furthermore, they feel betrayed by the Obama in places like Syria and have already publicly announced they are no longer a Federal Reserve Board client state.

The Iranians, who know full well the Feds have been trying to nuke them or bankrupt them for years, also refused to play ball.

Turkish Prime Minister Tayyip Erdogan has also decided to stop supporting the Nazi linked Muslim Brotherhood and is said to regret his past moves to support them in Syria and elsewhere.

It was in this dire context that last week representatives of the Rockefeller and Bush families had negotiations with a representative of the White Dragon Society. The Bush representative, a senior manager of the Carlyle Hedge Fund who personally knows George Bush Sr., tried to convince the WDS that “Bush was really not that smart or powerful.” He also said that the perhaps the ultra-rich should flaunt their wealth less.

The Rockefeller representative cited all the recent progress in computer technology, such as smart-phones with GPS and super-high resolution TV screens as proof the US cabal was doing a good job.

The Rockefeller representative was told that although these were nice things, they were a far cry from the future of inter-planetary travel we had all expected to have been fully underway during the 21st century. In other words, it is clear the planet earth is under quarantine because of the criminal mass murdering cabal that controls the US government.

The Bush representative was shown a hand-written note demanding that corporate media in the US start broad-casting the truth about 911 and 311 before the end of this month and that all funds stolen by the cabalists be returned to their rightful owners.

The rest of the contents of the note are not known but it goes without saying that a lot of powerful people have run out of patience and are demanding an end to Nazi trouble-making around the world.
The WDS is being inundated with demands that these criminals be rounded up and put in prison, if not killed outright, ASAP. They are proven mass murderers and any member of the CIA or Pentagon or other agencies who is in a position to do something about these scum must either act or it is guaranteed they will sooner or later be jailed as accomplices.