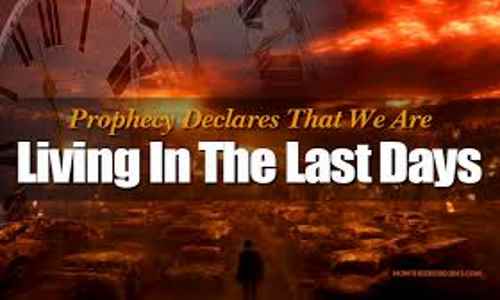 The same Jesus Christ would not give two different versions of what happens immediately before His Return. He would not tell one thing to His disciples of the first century, and another to those of the 21stcentury! This should be obvious.

The sword of Revelation 6 is shown as an instrument of war and killing. This horse and rider take peace from the earth. When peace leaves, war remains—what Christ described in Matthew 24:6.

Wars have continued and grown steadily worse since the time of Christ’s prophecy. This part of John’s astounding vision has the gravest implications for all alive on Earth today. This horseman represents the dreadful destruction of world war. By the end of the age, the potential for devastation in war has become so great it holds the power to take peace not just from two or more nations, but “from the earth.”

Only in the modern age have weapons of mass destruction been available. The 20th century saw the two most devastating wars in history, with WWII far more destructive than WWI. We are in the last intermission preceding the truly greatest war, foretold to exceed anything before it. A sinning, rebellious humanity is reaching the end of its rope, when war’s potential cannot grow worse, because it can eraseall life from Earth in one last blast of total destruction—if Christ did not intervene and cut events “short” (Matt. 24:22).

Jesus added this in Luke 21: “When you shall hear of wars and commotions, be not terrified: for these things must first come to pass; but the end is not by and by [or yet]” (vs. 9). The Greek word for “commotions” means disorder, confusion and tumult. An expanded definition could include acts and effects of terrorism, such as bombings, but also demonstrations, protests and riots. These things have almost arrived full force. But civil disobedience and related acts, including violence, will grow far worse than today’s mere front edge.

The pattern of history is that famine always follows war. In Matthew 24, Christ also said, “There shall be famines…” (vs. 7). This is reiterated in Revelation 6—when the black horse appears. Notice: “He…opened the third seal…and lo a black horse; and he that sat on him had a pair of balances in his hand. And I heard a voice…say, A measure of wheat for a penny, and three measures of barley for a penny; and see you hurt not the oil and the wine” (vs. 5-6).

This pictures extreme worldwide famine—a widespread lack of food beyond anything civilization has seen. This condition is seen to seize the entire world in a terrible way. Famines are increasing now. They are now far worse than most imagine. Around 24,000 people on Earth starve to death every day—with this number steadily rising!

All nations are poised for a never-before-seen global food crisis. Drastic changes will soon come to an interconnected modern world. No more will supermarket shelves brim with abundance. No more vast exports. No more wealthy nations able to assist countries stricken with drought and famine. Articles every day declare that the black horse is just over the horizon for all nations! Believe this!

Mark’s account of Jesus’ list adds a word not found in Matthew or Luke: “There shall be famines andtroubles…” (13:8). The Greek word translated troubles means “disturbance, that is, (of water) roiling, or (of a mob) sedition: trouble.” While this brings to mind riots, civil uprisings, protests, violent crime and gang war—and these are connected to commotions—it also includes a range of difficulties that would come from floods, tremendous hurricanes, cyclones and typhoons, and other severe storms—all forms of “roiling water.” Mark’s gospel indicates that these things will also grow worse. Make yourself see what is already happening.

If war leads to famine, and it does—the resulting malnutrition invites a host of diseases. Jesus next said, “There shall be…pestilences [or diseases]…” (Matt. 24:7). The fourth seal reveals a pale horse: “When He had opened the fourth seal…behold a pale horse: and his name that sat on him was Death, and Hell followed with him. And power was given unto them over the fourth part of the earth [one in every four people], to kill with sword, and with hunger, and with death, and with the beasts of the earth” (Rev. 6:7-8).

READ STORY : Demonic Prophecy – Russia will attack the USA before 2017

This horse is depicted as pale because it is sickly. It obviously represents disease—pestilence! The pale horseman’s arrival portends that hundreds of millions—and not just in poor, underdeveloped countries—will perish through terrifying disease epidemics. The reference to “Death”—the end result of disease—and “Hell”—hades, meaning the grave—make this clear. The death toll now from disease around the world is staggering—82,000 lives lost every day, 30 million a year—and growing!

Disease will soon alter the course of history in a profound way. Horrific epidemics, the likes of which have never been seen, will strike the world’s wealthiest nations. And coming pandemics will dwarf all that preceded them. The ensuing chaos will affect you, and all of your loved ones. Everything around you will change for the worse.

Earthquakes and volcanoes have become regular in the news. The greatest period of activity in history is now underway. Jesus warned, “There shall be…earthquakes in [various] places” (Matt. 24:7).

Grasp what you have learned! In effect, Jesus has given an advance newscast—or the headlines—of events and conditions that are all around us and will grow much worse.

Remember, it is not my purpose here to prove every detail of every prophecy. We can only examine summaries of the most crucial events to come. The serious reader will want detail—and that detail is available. The purpose here is to give the briefest thumbnail—a powerful overview—of what is happening.

READ STORY : What To Do If A Nuclear Disaster Is Imminent !

Jesus foretold that a worldwide effort to preach the true gospel would occur before the end! Notice: “This gospel of the kingdom shall be preached in all the world for a witness unto all nations; and then shall the end come” (Matt. 24:14). This means someone is preaching the gospel of the kingdom today, in our present age, because the end—close as it now is—has not yet come!

Delivering the only true gospel to the world—the good news of the coming kingdom of God!—is the Work of God’s Church! While this commission began with the original apostles, The Restored Church of God continues it. The message and goal are the same—only the methods differ. Today, God’s truth is available as never before. Vast thousands the world over are learning sound principles, straight from their Bibles, helping them to live happier lives.

The Restored Church of God offers more material—more truth in writing and in video and audio form—than at any time in the history of God working with mankind. Check this for yourself. And we offer it all without cost on our websites. We are the largest (most extensive) religious publishing operation in the world—now or ever. 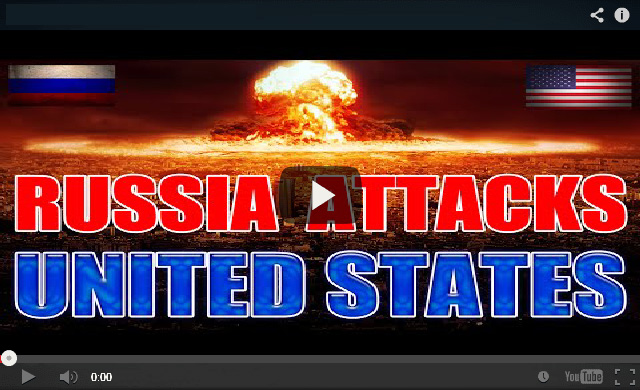 The world is warned

This event works alongside number 10. The world does not know God. It is unaware of the Plan and Purpose He is working out. Worldwide disobedience to His laws, and rejection of His truths, will cause horrible plagues to be poured out on a God-rejecting humanity. But the God of the Bible is a loving God. Before punishment, He always makes certain His “watchman” sounds the alarm to those in harm’s way. Notice: “Son of man, I have set you a watchman unto the house of Israel; therefore you shall hear the word at My mouth, and warn them from Me. When I say to the wicked, O wicked man, you shall surely die; if you do not speak to warn the wicked from his way, that wicked man shall die in his iniquity [lawlessness]; but his blood will I require at your hand. Nevertheless, if you warn the wicked of his way to turn from it; if he do not turn from his way, he shall die in his iniquity; but you have delivered your soul [your life]” (Ezek. 33:7-9). Also read verses 30-33.

READ STORY : Earthquakes. Tsunamis. Nuclear disasters. War. The end times are near. Are you prepared for Armageddon?

It becomes our responsibility to warn all who will take heed of the seriousness and meaning behind world-shaking events and calamities, soon to come on a sleepy, unsuspecting world. The prophet Isaiah wrote, “Cry aloud, spare not, lift up your voice like a trumpet, and show My people their transgression, and the house of Jacob their sins” (58:1). The job of The Real Truth magazine is to issue this warning while there is still time.