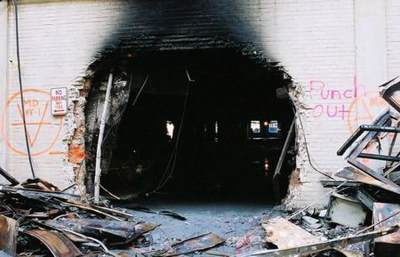 This transcript from Defense.gov of Donald Rumsfeld stating that a missile hit the Pentagon just got tremendous backing as the entire 9/11 hoax falls apart due in part to the newly released videos below which clearly shows that NO PLANE hit the Pentagon on 9/11. For those who still CANNOT believe their eyes, listen once again to Donald

“It is a truth that a terrorist can attack any time, any place, using any technique and it’s physically impossible to defend at every time and every place against every conceivable technique. Here we’re talking about plastic knives and using an American Airlines flight filed with our citizens, and the missile to damage this building and similar (inaudible) that damaged the World Trade Center. The only way to deal with this problem is by taking the battle to the terrorists, wherever they are, and dealing with them.”

The ‘terrorists’, Donald, are in Washington DC and in the ‘global government’ and America has quickly awoken to that fact! These new pics/videos help to prove YOUR OWN WORDS!