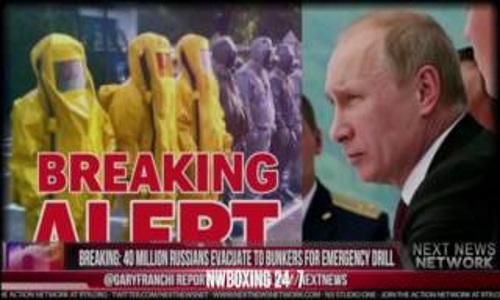 The large-scale drill will see the participation of 40 million Russian citizens and 200,000 specialists from “emergency rescue divisions.”

The all-Russian civil defense drill involving federal and regional executive authorities and local governments is to prepare for “large natural and man-caused disasters in the Russian Federation.”

Director of the Civil Defense Ministry Oleg Manuilov said the drill will test how Russians would respond to a “disaster” under an “emergency” situation.

Russia announced on Monday its plans for the drill shortly before the White House said it would halt ceasefire talks with Moscow over Syria.

A Ministry of the Russian Federation for Civil Defence, Emergencies and Elimination of Consequences of Natural Disasters spokesman said: 'The three-stage four-day drill involves more than 40 million people, more than 200,000 specialists of rescue units based in regions, organizations and enterprises, as well as some 50,000 units of equipment.
'Management bodies and forces of the Emergency Ministry's territorial bodies have been put on simulated high alert.

'Representatives of federal executive authorities, heads of regions, local governments and organizations are taking part in the massive drill.
'Emergency Ministry's forces and facilities are fully engaged, including rescue military divisions, rescue units, paramilitary mine rescue units and State Small Vessels Inspectorate, fire departments and aircraft.
'The topic of the drill is Organization of civil defense during large natural and man-caused disasters in the Russian Federation.'

Russia's accused bombing of Syria has been widely criticised, and the US this week suspended negotiations with leader Vladimir Putin.
Minister of Emergency Situations Vladimir Puchkov said: 'Civil defense system solves a wide range of tasks related to protection of people, material and cultural values in each constituent territory of the Russian Federation.
'Modern approaches to foundation of control centers are being implemented, there is a set of automatized database forming systems, modeling of different threats and risks, satellite monitoring and forecasting system which uses Russian-made solutions and technologies.'
He added there would be a comprehensive approach to training experts and specialists able to work in crises.
The minister noted that regions of Russia have enough material and other resources of civil defense to respond to large massive disasters swiftly and efficiently.

'The Emergency Ministry, federal executive authorities and regions have material and other resources to ensure uninterrupted operation of transport, power supply and communication systems.

Moscow. 22 December. INTERFAX.RU – Cars EMERCOM of Russia brought in Donetsk and Lugansk humanitarian assistance and Christmas gifts, the press service of the Ministry.

"In the Donetsk and Lugansk profit of more than 40 cars, which brought more than 400 tons of relief supplies, including food, medicine, daily necessities and New Year gifts" – the spokesman said, noting that the contingencies have arisen along the way.

"Delivery of humanitarian supplies passed cleanly", – the Ministry for Emergencies.

All cars have been on the Russian-Ukrainian border, customs and border control in the presence of representatives of the customs and border services of Ukraine. Verification subject to not only the equipment, but also the supporting documents on humanitarian aid.

Currently in storage begins unloading vehicles in the presence of representatives of local authorities, who are engaged in the distribution of humanitarian assistance, including social objects Lugansk and Donetsk regions.

"As soon as the last car to be unloaded, all the cars will go directly to the Rostov region", – said the representative of Ministry of Emergency Situations.

This column is for Donbas became the 59th in a row since mid-August, 2014. During this time, for the residents of Lugansk and Donetsk regions it was delivered more than 65 tons of humanitarian aid.

Putin: 'Russia's Military Is Stronger Than Any Potential Foe' ​The frosty relationship between the United States and Russia has become even more icy after Moscow said communications between the countries were at the bare minimum.
"Nearly all levels of our dialogue (with the US) has been frozen," Kremlin spokesman Dmitry Peskov said in an interview Wednesday with Russian state-run news agency RIA Novosti.

But US State Department spokesman John Kirby had a different take, saying in a statement: "Diplomatic engagement with Russia continues across a wide range of issues."
Indeed, US Secretary of State John Kerry spoke on the phone this week with Russian Foreign Minister Sergey Lavrov about the situation in Syria, Kirby said.
So why the cold words from Moscow?

Syria's attitude towards Israel is a sensitive issue for Iran, Nikolai Surkov, assistant professor at the Moscow State Institute of International Relations and an expert with the Russian International Affairs Council, told RBTH.

“Iran would like Syria to fight Israel, and to provide its territory for supplying arms to Hezbollah,” said Surkov. “Tehran's position is that any figure to replace Al-Assad should be prepared for maximum cooperation with Iran.”

Both Donald Trump and Vladimir Putin both made public calls Thursday to increase nuclear weapons arsenals in their respective countries, as the United States President-Elect and the Russian strongman continued to align on key issues to a degree not seen with previous U.S. presidents.

Trump frequently praised Putin during the 2016 presidential campaign, and after winning the November 8 election, Trump’s first call to a foreign leader — placed reportedly while ignoring typical security protocols — was to Putin, who has since been accused by U.S. intelligence agencies of personally authorizing cyber attacks to interfere in the U.S. election, with the aim of helping Trump win the presidency.

The death toll from a chain of explosions at a popular fireworks market on Mexico City's outskirts rose to at least 35 after two more people were added to the list, the local government said on Thursday.

John RK Howard was initially charged with felony forcible sexual penetration by use of a foreign object, but on Friday, the 19-year-old reached a plea bargain that allowed him to plead guilty to a felony count of injury to a child. The deal will allow Howard to avoid prison time unless he violates his probation, the Twin Falls Times-News reported.


Syrian President Bashar al-Assad has said that regaining full control of Aleppo is a victory for his Russian and Iranian allies as much as his own country.


Key points: Vladimir Putin says "Russia is now stronger than any potential aggressor" Russia's Defence Ministry says it will increase its nuclear missile forces The last group of civilians, rebels are expected to be evacuated in next 24 hours


In comments after meeting a senior Iranian delegation, Mr Assad also said the battlefield successes were a "basic step on the road to ending terrorism in the whole of Syrian territory and creating the right circumstances for a solution to end the war".

President Vladimir Putin on Thursday bade farewell to Andrei Karlov at a packed memorial ceremony in Moscow for the diplomat who was assassinated in Turkey by an off-duty policeman shouting 'Allahu Akbar' and 'Don't forget Aleppo'.

At the second coming of Jesus Christ to deliver the Israelites and saved gentiles, the overthrow of the Russo-Assyrian Empire will be put forth in the last days.

TENSIONS ARE HIGH BETWEEN RUSSIA AND THE US! PUTIN SAYS HE HAS THE BEST WEAPONS IN THE WORLD! 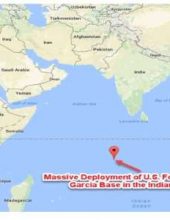