Yellowstone has experienced the largest historical earthquake in the Intermountain West in the 1959 MW7.3 Hebgen Lake earthquake.  This event occurred on August 17, 1959 just west of Yellowstone National Park in the Madison Canyon.  The earthquake ruptured the Hebgen Lake and Red Canyon faults and produced fault scarps as high as 6.7 m (22 ft) (Smith et al., 2000)

Since the last major eruption of the Yellowstone volcano, there have been numerous smaller eruptions that have emitted rhyolite lava that has subsequently filled in most of the Yellowstone caldera.  The youngest of these flows is the Pitchstone Plateau flow that occurred 70,000 years ago.

If the Yellowstone volcano were to erupt, it would kill an estimated 87,000 people immediately, and make two-thirds of the USA immediately uninhabitable. The large spew of ash into the atmosphere would block out sunlight and directly affect life beneath it, creating a “nuclear winter” and threatening ALL life on earth, as the UK newspaper the Express stated this week.  The volcano is 80 km (50 mi) long 20 km (12 mi) wide and the 1500F chamber of molten rock beneath the surface is seven miles deep.  The caldera is so huge, volcano-hunting scientists failed to spot it for years, unaware they were walking all over it. 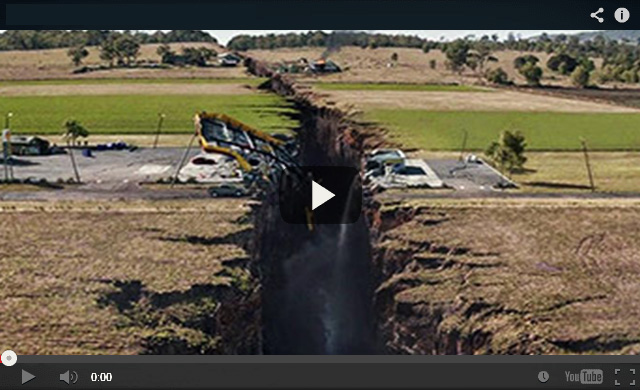 The massive eruption could be a staggering 6,000 times as powerful as the one from Washington’s Mount St Helens in 1980 which killed 57 people and deposited ash in 11 different states and five Canadian provinces.  Additionally, a climate shift would ensue as the volcano would spew massive amounts of sulphur dioxide into the atmosphere, which can form a sulphur aerosol that reflects and absorbs sunlight.

On April 30,  Forbes.com announced that a massive lake of molten carbon,  the size of Mexico was recently found under Yellowstone.  The molten carbonate sits beneath Yellowstone National Park, which in and of itself is a super volcano with the power of a massive eruption. The last major eruption was 640,000 years ago at Yellowstone. However, if the super volcano did erupt, it could cause the US to go into a volcanic winter.

So yes, I don’t care what these scientists tell us – it’s a BIG DEAL that there are so many earthquakes, and ones with such intensity, happening at Yellowstone National Park.  Scientists wouldn’t tell us what is really going on if it was a terrible situation in the making – what could we possibly do about it besides refusing to go to work, not paying our bills, etc. which would grind society to a halt.

And as I mentioned above, volcanic activity all over the planet is rising.  38 volcanoes are erupting at the moment, and it seems like we hear about another new eruption almost every day now.

But let us hope that Yellowstone does not erupt any time soon.

There are approximately 3,000 earthquakes in the area around Yellowstone every single year, so it is a very seismically active region.  In the event of a full-scale eruption of Yellowstone, virtually the entire northwest United States will be completely destroyed.

Basically everything within a 100 mile radius would be immediately killed, Salt Lake City would literally be toast, and almost everyone and everything in Denver would be dead in short order.

NASA has been also concerned about this super-volcano of late, and they have scrambled their SOFIA (Stratospheric Observatory for Infrared Astronomy), a highly sensitive infrared telescope built into a converted Boeing 747, the world’s largest and most sensitive airborne observatory. Flying at 39,000 to 45,000 feet, it will enable scientific observations that are impossible for even the largest and highest of Earth-based telescopes.

Volcanoes can produce ash, toxic gases, flashfloods of hot water and debris called lahars, lava flows, and fast-moving flows of hot gases and debris called pyroclastic flows. Some dangers from volcanoes can be predicted ahead of time while others may occur with little or no notice after an eruption. Each volcano and situation is unique. Learn more about volcanic eruptions and pay attention to warnings from local authorities for the best advice available on specific actions you can take to stay safe.

Further away, volcanic ash would rain down continually for weeks.  Those foolish enough to step outside would quickly discover that the ash turns into a substance similar to cement in the lungs, and many would die from suffocation.

The amount of volcanic ash released by Yellowstone would be almost unimaginable.  In fact, it has been estimated that a full-blown eruption would dump a layer of volcanic ash that is at least 10 feet deep up to 1,000 miles away.

Food production in America would be almost totally wiped out, and the "volcanic winter" that would result from a Yellowstone eruption would dramatically cool the planet.  Some have projected that global temperatures would decline by up to 20 degrees.

In the end, the death, famine and destruction that we would experience would be vastly greater than anything that we have ever seen in the history of western civilization.

So yes, there is reason to be concerned that weird stuff is going on at Yellowstone right now.

Tune in the radio or television for volcano updates.
Listen for disaster sirens and warning signals.
Review your emergency plan and gather your emergency supplies. Be sure to pack at least a 1-week supply of prescription medications.
Prepare an emergency kit for your vehicle with food, flares, booster cables, maps, tools, a first aid kit, a fire extinguisher, sleeping bags, a flashlight, batteries, etc.
Fill your vehicle's gas tank.
If no vehicle is available, make arrangements with friends or family for transportation, or follow authorities' instructions on where to obtain transportation.
Place vehicles under cover, if at all possible.
Put livestock in an enclosed area. Plan ahead to take pets with you, but be aware that many emergency shelters cannot accept animals.
Fill your clean water containers.
Fill sinks and bathtubs with water as an extra supply for washing.
Adjust the thermostat on refrigerators and freezers to the coolest possible temperature. If the power goes out, food will stay cooler longer.

In the end, you have got to do what you feel is best for you and your family.

Personally, I would be extremely hesitant to live in very high-risk areas along the west coast or near the Yellowstone supervolcano. This is especially true considering how dramatically global seismic activity is increasing. 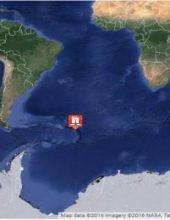