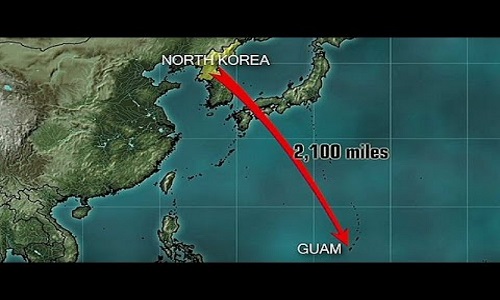 North Korea’s military says President Donald Trump’s warning of “fire and fury” if it threatens the U.S. is a “load of nonsense.”

The North is responding to Trump’s threat in a statement from its military carried by state-run news agency KCNA. The statement says that “only absolute force” can work on someone as “bereft of reason” as Trump.

The North Korean statement also says the military action its army “is about to take”will be effective for restraining America’s “frantic moves” in and near the southern part of the Korean Peninsula.

READ MORE : UPDATE — Declares Intention for Atmospheric Nuclear “Test” over Int’l Waters (i.e. Near Guam?) Breaking News – North Korean They Warn The Residents of Guam : DO NOT LOOK AT THE SKY AFTER WE FIRE OUR MISSILES OR “BE BLINDED” BY THE FLASH

It says North Korea will complete a plan by mid-August for the “historic enveloping fire at Guam,” convey it to the commander in chief of its nuclear force and then “wait for his order.” North Korea says it will “keep closely watching the speech and behavior of the U.S.”

The North Korean military is “awaiting orders” to unleash four missiles at military bases near Guam — because officials believe President Trump is too “bereft of reason” for negotiations, the country’s state-run media reported Wedneday.

“The U.S. president at a [golf] links again let out a load of nonsense about ‘fire and fury’ failing to grasp the on-going grave situation,” General Kim Rak Gyom said in a statement, referring the president’s inflammatory threats to the Hermit Kingdom on Tuesday.

“This is extremely getting on the nerves of the infuriated Hwasong artillerymen of the KSA.”

“Sound dialogue is not possible with such a guy bereft of reason and only absolute force can work on him.”

By mid-August, the military will have completed its plans to launch four Hwasong-12 rockets over Japan and 18 miles off the coast of Guam, the statement says.

It will then report back to the commander-in-chief of the North Korean nuclear force and wait for his order.

“We keep closely watching the speech and behavior of the U.S.,” it concludes.

Their statement came just hours after President Trump threatened to unleash “fire and fury” on the North “like the world has never seen.”

His warning was in response to reports that Pyongyang had developed a nuclear warhead capable of fitting inside its ballistic missiles.

Guam — which is known as the “Tip of the Spear” — is home to thousands of American service members and their families.

North Korea’s state-run news agency KCNA said Tuesday that the government was looking at an “operational plan” that would send numerous medium- to long-range strategic ballistic missiles toward the US-owned Pacific island to counteract the bombers positioned there and “send a serious warning signal to the US.”

Specifically, the country claimed they would be firing Hwasong-12 rockets at “Andersen Air Force Base” — where US strategic bombers currently are waiting.

These bombers “get on the nerves of the DPRK and threaten and blackmail it through their frequent visits to the sky above South Korea,” according to KCNA.

The agency said the proposed strike plan could be carried out at “any moment” — should leader Kim Jong Un choose to follow through with it.

Last month, US officials estimated there were at least 60 nuclear weapons now in the hands of the North Koreans and ready for launch. But some experts believe that number could be smaller.

It was not immediately clear Tuesday whether the North’s plan to strike Guam was in response to Trump’s earlier statements, but KCNA did say the assault would be the result of recent US military maneuvers in the region.

On Monday, the US flew a pair of B1B bombers over the Korean peninsula out of Andersen AFB as part of its “continuous bomber presence,” the Pacific Air Forces reported.

North Korean state TV just said they'd warn the residents of Guam a few hours aheadof the "tests" they will perform (firing FOUR missiles at the U.S. Territory of GUAM around the middle of August) and warns them to stay inside and not look at the sky when the warheads detonate 30 KM away or they could be blinded.

It seems that this "show of force" by North Korea will use actual nuclear warheads, which they will detonate 30-40km off the coast of GUAM!  If they actually go aheadand do this, it means nuclear war, even if the missiles do not actually hit GUAM.

The Korean news broadcast segment in the video below provides coverage of North Korea's initial announcement of their intention to fire missiles at GUAM.  Today's further news about residents being warned "not to look at the sky or they could be blinded" is rapidly developing. (source) 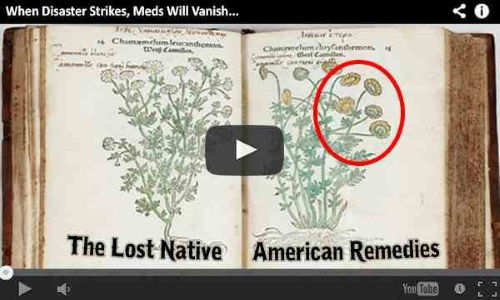