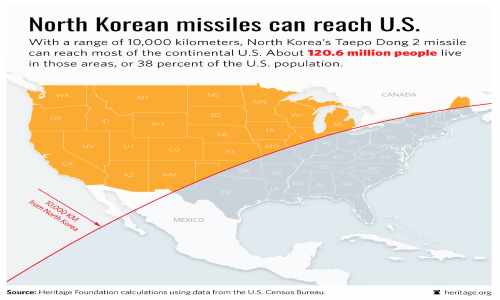 A  letter delivered by the North Korean delegation through Russian upper house speaker Valentina Matvienko to Russian President Vladimir Putin, said Pyongyang was prepared to conduct a nuclear strike against the United States, a source familiar with the talks told Sputnik.

Kremlin spokesman Dmitry Peskov said on Saturday he was unaware of a letter that was sent from the North Korean leadership to Vladimir Putin saying that Pyongyang was ready to strike the United States.

The development comes shortly after the source close to the October talks told Sputnik that Washington changed its stance on the North Korean issue after it had been informed about the content of the letter.

The letter, Valentina Matvienko has said, was handed over to her by the North Korean delegation at the Inter-Parliamentary Union assembly that was held earlier in October.

The news comes as Vladimir Putin said at a press-conference on Saturday that Russia and China have the same view on the DPRK crisis, saying that both Moscow and Beijing call for dialogue. The president has also said that it was essential to "first of all, halt the rhetoric, then halt all the manifestations of aggression from all the sides, and sitting down at the negotiating table eventually" to find solution to the unfolding crisis.

The North Korean issue was on US President Donald Trump's agenda on his visit to the Asian countries, his longest foreign trip since the inauguration. Prior to the tour, that includes visits to countries including Japan, South Korea, the Philippines, Vietnam and China, Trump said he hoped that Vladimir Putin would help resolve the North Korean crisis.

The situation on the Korean Peninsula has worsened sharply in the recent months as Pyongyang conducted its sixth nuclear test in violation of UN Security Council resolutions.

I earnestly hope my fellow Americans have heeded my long-offered advice to prepare themselves. Any attack launched from North Korea will be followed by additional attacks inside the US, by "Sleeper Cells."

They will release chemical and biological weapons to take as many of us down with them as they can.

YOU MUST KEEP YOUR PREPS SECRET

The worst part of this situation is that you cannot tell ANYONE that you have made preparations.  The overwhelming majority of people simply will not take _any_ steps to prepare.  And when disaster strikes, they will come knocking on YOUR door, begging for help.

Many of you will find yourselves in a situation where people you've known for years, come begging you for food and you'll face a stark choice: Feed THEM, or feed YOURSELF.  They had a chance to prep but didn't.  They made that choice, they have to live (or die) from it.  Only the strong survive.  The weak and weak-minded do not.

If you make the mistake of bragging or telling anyone that you're making preparations, they'll stick that in the back of their minds and do nothing, figuring they can come to YOU when the SHTF.  ANd if you make yet another mistake of actually giving any of them food, THEY WILL TELL OTHERS!  You'll quickly find yourself totally swamped by desperate, hungry people.

HAVE FIREARMS and AMMUNITION  You should have a firearm to protect yourself and your family. When the ignorant masses start getting hungry, first they'll _ask_ for food; then they'll come to TAKE IT. You had better be ready to fend-off these predators.

Below are SOURCES via AMAZON for the items I have mentioned above.  I am NOT the Seller of any of these items. In the interest of full disclosure, I WILL earn a $1 or $2 Commission if you buy things via my web site, but the price you pay is the same whether you buy it through my site, or directly thru AMAZON.  My Commission comes out of the seller profit, so your price is not affected.  Whether you buy through my site or somewhere else, just make sure you have these preps!

Time is of the essence.  Once hostilities commence, things will get incredibly bad, incredibly fast.  There won't be any time to cover your ass once everyone in the country is trying to cover theirs.  Store shelves will be emptied in hours. Gas stations will be empty too (just like we all saw last month when Hurricane Irma hit Florida, and "the masses" waited until one day before to even THINK of getting fuel.  Thousands of them found empty gas stations.  Don't be like them.

PLEASE SPREAD THIS ARTICLE LINK TO ANYONE YOU CARE ABOUT.  THEY SHOULD ALL HAVE AT LEAST A __CHANCE__ TO SURVIVE AND NO OTHER MEDIA OUTLET IS PROVIDING INFORMATION LIKE THIS ON HOW TO PREPARE! Discover how to survive: Most complete survival tactics, tips, skills and ideas like how to make pemmican, snow shoes, knives, soap, beer, smoke houses, bullets, survival bread, water wheels, herbal poultices, Indian round houses, root cellars, primitive navigation, and much more at: ►►Books can be your best pre-collapse investment.

No one can survive a direct impact of a nuclear bomb.  But those close to an impact zone CAN survive; and so can those farther away . . . . IF you prepare to deal with the issues created by an attack.

In a nuclear attack, the immediate blast zone is totally lost.  Vaporized.  Nothing survives.   Within 3 miles of the blast zone, windows are instantly shattered by the force of the blast – both the wind and the sound wave.

You can minimize the danger of injury to yourself and your family from shattering glass by installing plastic coating on the INSIDE of your windows.  This coating acts to hold-together the shards of glass which would otherwise be JAGGED, RAZOR-LIKE, PROJECTILES cutting the heck out of anything in their path.

The coating makes your home windows more like a car windshield as opposed to the side window in a car: A Windshield may crack, but the glass is held together by plastic.  Side windows of a car shatter all over the place.

Once a nuke detonates, there will be NO FOOD deliveries, probably for weeks, to the affected area. Government won't even be able to bring food in because of all the debris blocking roads, collapsed bridges and overpasses.   You need to have Emergency Food Supplies in your possession before this takes place or you will literally starve to death.